[New School] Good versus evil: It’s not that simple Facebook Twitter Copy URL
Copied
'A more sober analysis would see the supporters of Bongbong Marcos and Sara Duterte not as evil, but as misled'

With two weeks remaining before election day, the current picture remains baffling. Even facing the challenge of the clearly more competent Vice President Leni Robredo, Ferdinand “Bongbong” Marcos Jr. retains a significant, albeit shrinking, lead in all nationwide pre-election surveys. This, despite never showing up to a debate or having no clear platforms beyond repeating the word “unity” ad nauseum.

Scrambling for an explanation, some elements of the opposition have rested on framing the 2022 elections as a battle of good and evil. A cursory search on social media reveals how they often associate the Marcos-Duterte tandem as the evil that good must triumph over. One tweet even claims that elections must be about the battle of good and evil, before they can be about anything else.

An argument regarding what actually defines good and evil, and how cleanly the presidential candidates fit into each category, is not the goal of this piece. Rather, it argues that reducing the elections to a moral battle obscures the complexity of the situation that each Filipino voter finds themselves in.

[OPINION] Discerning a candidate: A spiritual and moral practice One important element of how we are raised from childhood is how we are taught morality, particularly through works of fiction like fairy tales or superhero stories. In these works, it is often easy to identify who is good and who is evil: the all-good main character, decked out in primary colors and possessing a perfect moral compass, against the evil antagonist, often in some shade of purple or black, seeking world domination.

Growing up in today’s world, however, makes us realize quickly that things are not that simple at all. For one thing, morality is ultimately a social construct. This is evident in how, of all the species on the planet, it is only humans that have a sense of morality. It is also evident in how what is deemed moral or immoral often changes over time.

For another, in a world that is infinitely more complex than what it used to be, it is increasingly difficult to see good or evil as a fixed characteristic that people have. Rather, acts that are called good or evil are, more and more, understood as the product of complex social interactions. Acts of terror, for example, might be seen as undeniably evil. But is the person who carried it out evil if they were only driven to such an extreme by losing their family to a drone strike?

Of course, none of this is to argue that morality as a frame should be discarded at all. Rather, moral frames should be seen as useful, instead of accurate. They serve as an accessible cognitive tool to point out behaviors that are detrimental to society, regardless of if those behaviors are actually done with the intent of destroying society.

Good and evil in the Philippine elections

However, seeing social issues through moral lenses can be dangerously reductive. Doing so means we are more likely to deem those on the other side as “evil,” rather than make an effort at understanding the reasons behind the acts they perform. This makes us more likely to dismiss rather than listen, and ultimately, to talk over rather than talk to.

Post-EDSA Philippine politics is a case in point. Wataru Kusaka details a “moral antagonism” that exists between those in the middle class and those in the lower classes. The middle class “citizens” in particular saw themselves as representatives of the good, locked in a battle against the “evil” elites that sought to sway the gullible, unthinking “masses.” This perceived moral push-and-pull resulted in the events around the ousting of former president Joseph Estrada, and the subsequent “EDSA Tres” movement to restore him to power.

This dynamic also plays out in the current election cycle. Many among the opposition have reached for the convenient title of “evil” for the Marcos-Duterte tandem, with some even extending the label to the duo’s supporters. A more sober analysis, however, would see the supporters of Bongbong Marcos and Sara Duterte not as evil, but as misled. 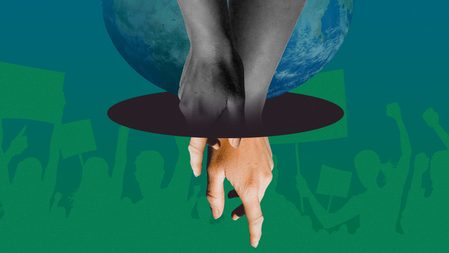 For one thing, the misinformation campaign that is run by the Marcos-Duterte camp is well-established, well-oiled, and well-documented. Even in the mid-2000s, efforts to whitewash the Marcos legacy were already afoot in online spaces, and their tactics have evolved from mere copy-and-paste messages to complex scripts disseminated by moderators to their staff. Coupled with the Philippines’ abject education system, it is not difficult to see where new supporters of the tandem might have been misled.

Even for those that do know of the utter incompetence of the Marcos-Duterte tandem and the threat they pose, supporting them anyway is economically lucrative. A Washington Post writer recently shared that a troll network moderator can expect to make up to P50,000 monthly, while “micro-influencers” with even small followings can make up to P350,000 monthly, on top of bonuses.

These are, quite simply, staggering figures that many even in the opposition side would find hard to say no to. For someone in a desperate economic position, what good is integrity in the face of an opportunity to secure their — and their family’s — future? Furthermore, does their spreading of fake news and propaganda speak more about their moral character, or the dire situation of the Filipino poor that has forced them to take such desperate measures?

[OPINION] About that presscon: Was it vice, or was it virtue? The dangers of a moral frame

While a moral frame can be a useful instrument, it is still a blunt instrument. It reduces people’s complex motives and situations to simply being evil, and leads to them being dismissed out of hand.

In fact, this is one of the main factors contributing to Bongbong Marcos’s popularity: people simply do not like being dismissed out of hand. Many Marcos supporters feel as if they are “being treated like bad people,” and it is easy to see how this can create resentment, rather than understanding. Telling people that they are evil is unlikely to turn them good.

This election season, it would be useful to remember that those on the other side are not simply opponents, but people. Rather than using the reductive, and often counterproductive, binary of good and evil, conversations must be driven by empathy and a desire to understand. – Rappler.com

Adrian Gache is a fourth year Political Science major at the University of the Philippines Diliman.