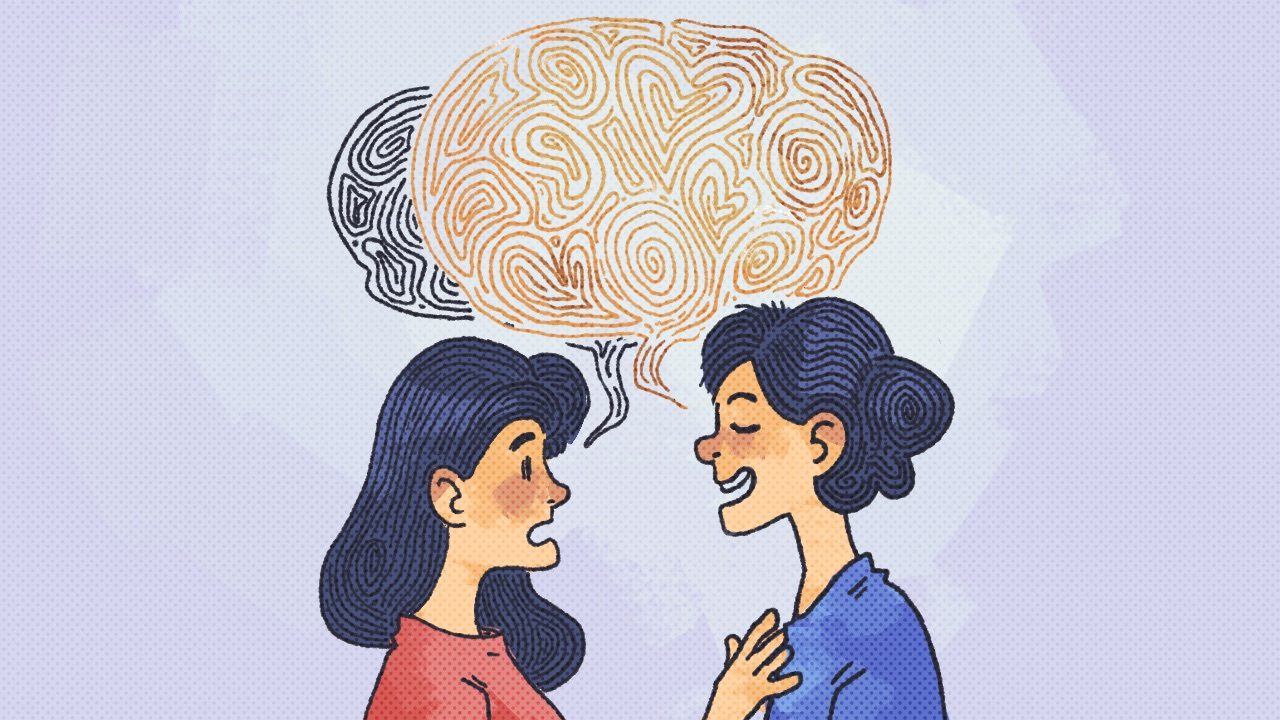 Picture this. It’s noontime, and your last class of the morning has just ended. Your Hiligaynon-speaking friend asks you to join her for lunch. You make a long face and promptly answer in Kinaray-a:
“Indi run ako mag-igma hay wara run takun ti bilin nga kwarta.” (I won’t eat anymore because I no longer have money left.)

Her eyes widen. She smirks at you, intrigued by your trill, then taunts your language, “Awut, nagaragumu!” (Hard, crunchy!)

What would you do?

I’d laugh it off and keep on walking with her as if nothing had happened. Since I left my home province of Antique to attend senior high school in Iloilo City, that has been my defensive reaction toward non-Kinaray-a speakers I deal with. While their remarks may appear complimentary at times, having to deal with them on a daily basis can be taxing. Some days, I feel muted.

Kinaray-a is widely spoken in Antique, the place where the mountains meet the sea. Perhaps this tagline can be attributed in part to the fact that Kinaray-a is derived from Hiniraya, or more specifically, iraya, which means mountain. However, despite the lofty stature it projects, I’ve always felt insecure using it next to Hiligaynon. I would forget I was a Karay-a for a moment and switch to the latter, not to adapt, but to conform.

At one point in the past, Hiligaynon reigned supreme over Kinaray-a. Spoken within Iloilo City, which is our regional center for education, health care, religion, and culture, it was used in formal institutions, in addition to our official languages now. As a result, it garnered a reputation for intellect. It became the language of the affluent and educated, suggestive of an elite status. It was similar to branded jewelry that you flaunt. Antiqueños who leave the province with Kinaray-a (popularly known as “layas nga Antiqueño” or “vagabonds of Antique”) and subsequently return with Hiligaynon are glamorized by their peers, even if jokingly. 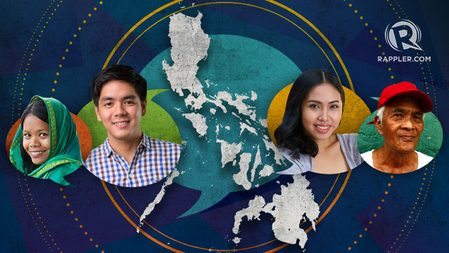 In contrast, Kinaray-a was pushed to the margins. Spoken in rural areas, which was the reason it had been described as jologs, people utilized it less because of the heavy accent that came with it and the rough sounds it produced, hence the food-esque description nagaragumu, or crunchy, and awut, or hard. Notably, it was the language of the sacadas, sugarcane laborers who traveled from Antique and the poorest areas of the region to work in the haciendas on Negros Island, another Hiligaynon-speaking locale.

In my new school, I struggled a lot because I couldn’t express myself in Kinaray-a. It hampered my capacity to communicate since most Hiligaynon speakers hardly understood it. I felt inferior to my peers. The only time I would use Kinaray-a without apprehension was during August, when the country celebrated Buwan ng Wika. It felt like I was putting on a seasonal performance for an audience that enjoyed hearing Kinaray-a every year but was hesitant to listen to it beyond what they had imagined it to be.

But then I learned from a professor in my new school that Kinaray-a is the mother of Hiligaynon. Because of it, I gained a renewed feeling of pride. I took a position as a research assistant for a study that sought to map Kinaray-a in the region. Since Antique is my home province, I was assigned to cover the respondents there. Surprisingly, I overcame my lifelong Kinaray-a language insecurity in the comforts of my fellow Karay-as. The data from my fieldwork convinced me that Kinaray-a is a richly diverse language, just like its speakers who come from different corners but are tied together by the same tongue.

In my province alone, Kinaray-a has three words for wheel. Karay-a in the south, particularly in Anini-y, terms it karitun. The Karay-a of the capital town, San Jose de Buenavista, commonly refers to it as rida. While the Karay-a of the north, notably in Pandan (where they refer to their Kinaray-a as Pandaray-a) calls it ariring.

Baga, a Kinaray-a word, has four distinct meanings. It could be an ember, a shoulder, a lung, or a quarrel.

Rice has several meanings, too, depending on its form. The rice grain is bugas. Cooked rice is kan-un. Fried rice is kalo-kalo. Cold rice is bahaw or kapug. Lagdus is rice cooked in a small amount of water, while nilumaw is rice mixed with water.

At the end of my fieldwork, I realized that Kinaray-a is not inferior to Hiligaynon. In reality, they are equal and complementary. If Kinaray-a is the mountain, Hiligaynon, which originated from ilig, or flow, is the sea. Smooth. Gentle. The wara, or none, of the former is the wala of the latter. Furthermore, the ka-un, or eat, of one is the kaon of another.

Its message couldn’t be clearer to me. Instead of hiding in the closet of insecurity, I must, as I should, come out, study, speak, and share Kinaray-a with others, to my Hiligaynon-speaking friend who might invite me again to lunch, so they, too, can feel as tall and as proud as the mountains of my province when they come to use it.

I’ve never felt prouder of Kinaray-a than today. There is more value to it than I once thought. When you speak it, your tongue perseveres with every syllable, like a hiker overcoming boulders. Nagaragumu, or crunchy, but never fragile. Awut, or hard, but never stubborn. Kinaray-a. Iraya. A diverse and powerful Filipino language — or simply a mountain overlooking the sea. – Rappler.com