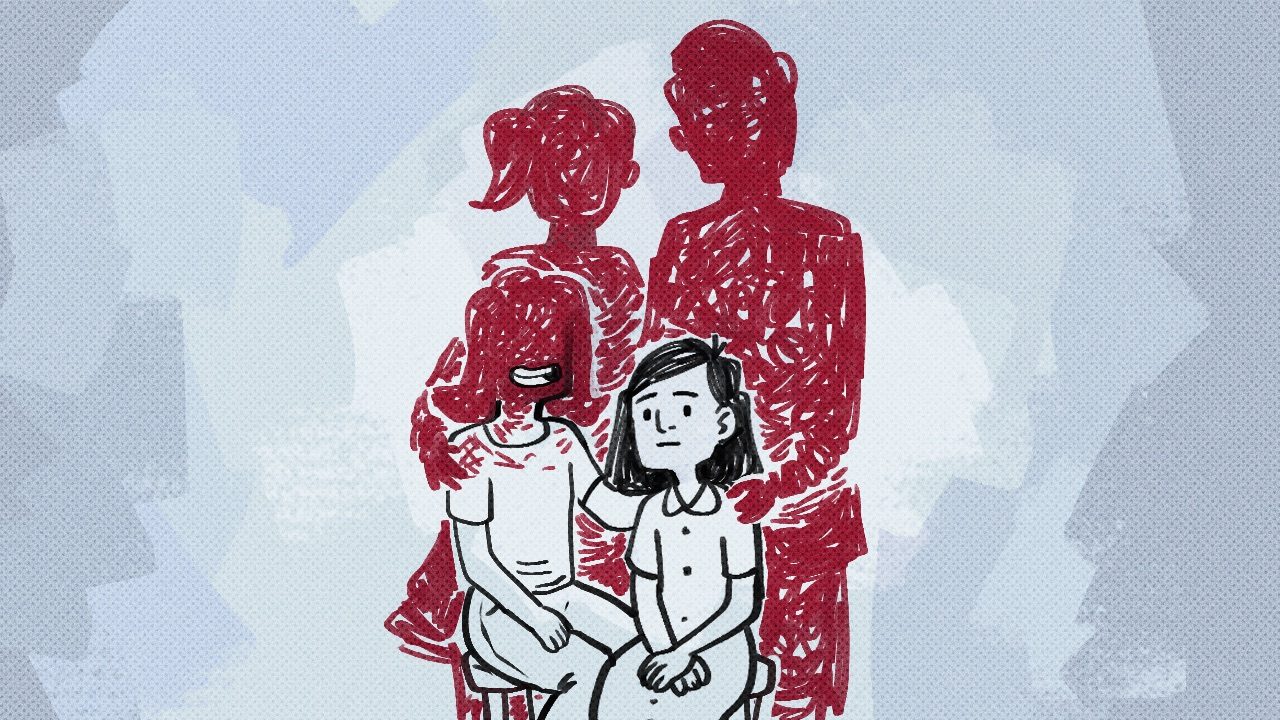 Facebook Twitter Copy URL
Copied
'Recently, my father announced that he would vote for Bongbong Marcos.... After thinking about it, I realized that I could not blame him at all.'

Both of my parents were Martial Law babies. One grew up in Ilocos Norte, and her family has ties to political families in the region. The other was raised in Makati and later joined the People Power Revolution in 1986 with his father. One of them will vote for Bongbong Marcos in the upcoming presidential elections. And no – it’s not my mom.

My sisters and I are close to our parents. Political discussions are common at the dinner table and it is never a cause of fights. While it is fair to say that we respect each others’ opinions, we were secretly trying to convince other people to take ours. But no one was ever convinced. We always stop the conversation when it becomes too tense.

Recently, my father announced that he would vote for Bongbong Marcos. His reasoning was that he was the least likely presidentiable to side with cronies and oligarchs. Leni Robredo, he believed, was a member of the elite and it irked him that a lot of people from his alma mater were voting for her. Nothing changed after EDSA I, he said, and besides, Ferdinand Marcos wasn’t really at fault. He had a lot of good programs that were cut short by his wife Imelda’s greed.

At first, I could not stomach the words that I was hearing. While my father talked about the good side of the Marcos regime like the hospitals and bridges built as well as the free housing provided to the relatives of military men, all I could see was 23-year-old student journalist Liliosa Hilao writhing on the floor of a detention center after muriatic acid was forced down her throat. All I could picture was the military man’s bullet piercing through indigenous activist Macli-ing Dulag’s heart. And all I could think about was the chaos of the Palimbang Massacre in 1974 — the sound of gunshots and the heat of fires, the razing of houses and raping of women, the contested tally of at least 1,000 people in a single day. It turned out that my older sister felt the same. During one breakfast in our house in Laoag, our conversation almost escalated into a political argument. My father, when convinced of something, could not be persuaded. My older sister even burst into tears, which surprised all of us. It was perhaps the biggest disappointment of her life to hear someone whose intelligence she admired express his support for the dictator and his family. I agreed with her and feared that my father was a lost cause. Perhaps nothing we said could convince him to vote for anyone else.

After thinking about it, I realized that I could not blame him at all.

Collective trauma is described in psychology as a society’s response to a traumatic historical event (in this case, Martial Law) that forces them to “reconstruct” their memories, experiences, and reactions in an attempt to make sense of it. Unlike individual trauma, the traumatizing event does not need to directly happen to the person, but they are affected by it in the same way today’s political events have an impact on all of  us.

“These subsequent generations of [collective] trauma survivors that never witnessed the actual events, may remember the events differently than the direct survivors,” says psychologist Gilad Hirschberger, “and then the construction of these past events may take different shape and form from generation to generation.”

A lot of Martial Law victims and martyrs – including Liliosa Hilao, Lorena Barros, Edgar Jopson, Puri Pedro, Emmanuel Lacaba, Rizalina Ilagan, Delia Cortez, and  Francis Sontillano – were Baby Boomers, born between the end of World War 2 and the mid ‘60s. They were young enough to remember the economic and political turmoil of the first part of Ferdinand Marcos’ presidency yet old enough to participate in activism and social work. Their generation saw poverty and injustice firsthand from an unfiltered, uncensored point of view. All that changed when Martial Law was declared in 1972 and the media became tightly controlled. Those who contradicted official government statements risked their freedom and their lives. Many did not survive.

My parents – as well those of many young millennials and older Gen Z’s – belonged to the generation that came after this, and the world they were born into was starkly different from that of their predecessors. Singing the “Bagong Lipunan” song before class was normal. Being part of Imelda’s parades was normal. Getting home before curfew, watching the construction of grand bridges and buildings, fearing police constabulary officers, hearing whispers about some corpse or another being found in a canal, being scolded for an off-handed remark that might be misconstrued, seeing good news and nothing but good news on the newspapers and TV — these were all ordinary experiences that made up a Martial Law baby’s childhood. But there was an ever-present underlay of fear. There were elephants in the room and on the street. A classmate’s father might have disappeared, for instance, and nobody would say anything about it. Such silence implied that violence was normal and even done for the greater good. With messages like this driven into them during their formative years, it’s no surprise that Martial Law babies have grown disillusioned with how things turned out post-EDSA. It’s no wonder that a lot of them are starting to yearn for what they were raised to believe as the Golden Age of the country. When I talked to my friends about the elections, a surprising number of them shared similar experiences and feelings of frustration with their parents. Despite their lack of choices growing up, they only spoke of good memories during the Marcos regime, completely oblivious to how their definitions of order, discipline, democracy, and freedom had been twisted.

While injustice and impunity continued well after the Marcos regime, it does not necessarily mean that another dictatorship would solve the problem. This is what I feel that the generation of Martial Law babies need to contend with: they were young, vulnerable, and – to be frank – thoroughly and successfully brainwashed. Detached from the historical event and with a multitude of uncensored yet verifiable resources on Marcosian atrocities available (online and otherwise), millennials and Gen Z kids frankly have no excuse. In fact, our voices are needed more than ever to serve the truth.

“The memory of historical crimes threatens fundamental values, current notions of self-worth, and the sense of having a constructive collective purpose,” says social psychologist Roy Baumeister in his book Meanings of Life (1991). Instead of being quick to cancel, I would advise my peers to try to understand first before engaging in political conversations. In a sense, our parents are right: They lived through what we only speak about. Yet it is our responsibility to make sure this trauma stops with us. – Rappler.com

Bionote: C. M. Ilustrisimo is a student of Creative Writing at the University of Santo Tomas Graduate School. She works as an ESL tutor and freelance writer.