[New School] What my all-girls school taught me about love Despite my occasional enjoyment of romantic comedies, I am not an affectionate person. I don’t see grand professions of love, physical touch, and all other cheesy shenanigans as things I want. Ironically, though, I loved thinking about love via love languages, funny TikToks covering attachment struggles, the stupid things people would do “for its sake,” and more.

Speaking of love languages, mine would definitely be words of affirmation and quality time. See: long-winded text messages, the occasional days/nights out, and the rare calls on Discord or elsewhere. Meanwhile, my all-girls high school of 13 years was a place where grand gestures of love thrived. Public displays of affection were far from uncommon as seen in warm hugs, heartfelt care packages, and handwritten notes.

As a more closed-off person, I rarely got to experience those public displays of affection. I neither had a solid friend group nor a substantial love life then, and I thought I could manage. But even as I knew what I liked in love, I couldn’t help but internalize my all-girls school’s affection norms. Thus, I started wanting those hugs, care packages, and handwritten notes, too.

Your love language according to Venus Affection was present in almost every facet of all-girls-school life. Our retreats and recollections for “spiritual enrichment” were no exception. The highlight of these events were the number of handwritten or printed letters (palancas) one would receive. “Popular kids” would have double-digit palanca counts, while the quietest classmates could get one to two, often from people who took the time to write everyone one. I remember receiving about four to seven palancas on average, and while I’d gush over these, I’d also find myself wanting some more.

Birthday Instagram Stories — the digital counterparts of the famed palancas — were on the same wavelength. When I wouldn’t get those Instagram stories, my brain would start asking something like: are these people not greeting you via Stories because they’re embarrassed of being publicly associated with you? Insane’s an understatement, I know.

I came to realize that these weren’t exclusive to my all-girls school. However, those gestures in that environment said a thing or two about your place in the classic high school hierarchy, even when no one admitted that. My key takeaway comes in the form of an age-old adage: quality over quantity. Admiration shouldn’t be a contest for the most palancas or birthday greetings, especially when smaller circles can do the job just fine.

For the visual learners

Staples of affection in all-girls schools would often come in physical manifestations. Illustration boards with handwritten messages of appreciation on your birthday were common sights. A special occasion was unnecessary when giving shoebox care packages and surprises (comfort food or Kopiko ‘78) atop your desks during hell weeks or ordinary days. Many were also proud to show their friends off through 1×1 photos, Polaroids, and Timezone photobooth strips displayed on phone and laptop cases.

I never got those illustration boards, but that’s because my birthday always falls on a holiday. I also never exchanged 1×1 photos because we never had extra left. Though I did prepare and receive desk goods for “appreciation months” among other occasions, but not in shoebox form or as often as others. Regardless, these little gifts made me feel special, especially on days when I didn’t know who I’d eat lunch with.

These physical trinkets felt like testaments to “high-maintenance” friendships, and it’s only natural to want that and more. However, one of the many things the pandemic has taught us is that we can’t accommodate our close relationships 24/7. Seeing each other becomes a rarity, and catching up even through casual conversation can be a challenge when we’re preoccupied with our own lives and the changes beyond our control. That said, love doesn’t always need to come in physical forms for it to feel real. It’s the thought that counts most, and the thought is evident even in quick check-ins and random tags on social media posts.

In the dashboard of love, ‘LOL’ and ‘RC’ matter Fake flirting, real friendships, and then some real flirting

You’d likely never know if the incessant physical displays of affection you’d see were romantic or platonic unless you asked. And to avoid awkwardness, we rarely asked. Leaning on each other’s shoulders, holding hands, hugging in class, greeting each other with the beso-beso, and braiding hair were nothing out of the ordinary. Saying the words “I love you” was second nature, and so were variants of “You’re so hot/gorgeous.”

(Fake) flirting was commonplace in the most platonic friendships, but blossoming romantic relationships were also far from rare. While we could mingle with guys, it was easier, more familiar, and less questionable depending on one’s circumstances to talk to girls. Come home donning a jersey from an all-boys sports team, and you might be subject to a flurry of questions at dinner time. Conversely, you might not get a second look if you swapped clothes with someone from your school.

Affectionate physical touch served as proof of how close you were to your friends, but an absence of that doesn’t entail an absence of proximity. Similarly, an absence of close friendships does not make you less of a person. Not everyone finds their ride or dies in high school, despite pop culture staples telling us otherwise. Something to learn from these friendships is that intimacy also belongs in non-romantic relationships. But should you blur the lines between romantic and platonic a little too much, communicate well because it’s surprisingly easy to get people falling. 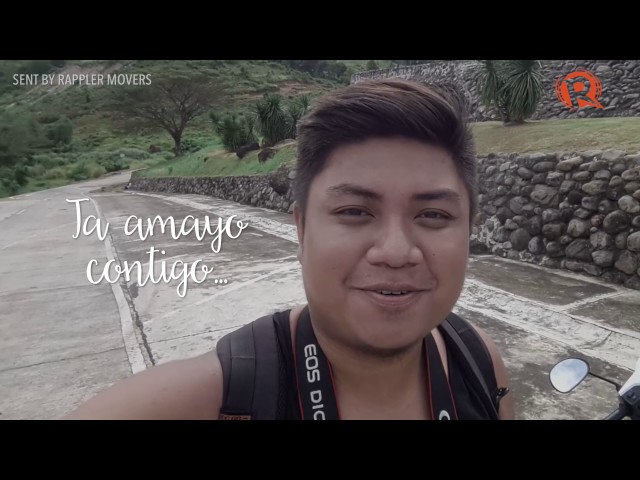 A part of me’s grateful to have grown used to low-maintenance love and attachment. Staying low-key also seems like the craze these days, if the soft-launching trend and the “private but not a secret” hype are anything to go by.  From what I’ve seen in a year of university, people don’t seem to be limited to one tight-knit friend group. We’d have good groupmates-turned-friends, coworkers from organizations to get drinks with, people who share our interests, and everyone else. People are cordial and welcoming to everyone, but only genuinely affectionate to a select few, if at all.

This is a far cry from what I’ve seen in my all-girls school of 13 years, and I’ve felt more comfortable in college so far, where the low-key reigned supreme. However, I’d be lying if I said that there wasn’t anything admirable about unapologetic all-girls school love. While all-girls school affection was capable of promoting exclusion at its worst, it could also foster the community and intimacy we may sorely miss these days. Furthermore, at its best, unapologetic, flamboyant affection can turn us into better and more honest givers of love.

Ultimately, I find myself going back to F. Scott Fitzgerald’s timeless quote: “There are all kinds of love in this world, but never the same love twice.” It takes time to figure out how we want to love and even more time to know how our loved ones (in waiting?) want to love, too. Truth be told, I know that a part of me will always crave grand gestures of love as long as they’re romanticized. At the same time, I also know that my nonchalant style of loving is both valid and subject to change as I experience more forms of love. All in all, we must remind ourselves that the kinds of love that don’t align with ours will never make our preferences superior or inferior. – Rappler.com

Ally De Leon is a sophomore taking Communications Technology Management (which is just an elaborate way of saying marketing) at the Ateneo de Manila University.  She talks a lot about wanting to bridge worlds through her words, and she always feels like she’s a step closer to doing so whenever she writes about lifestyle, entertainment, and personal experiences.