Quo warranto. That sounds all too familiar, doesn’t it? Remember, it was used as what seemed like a brilliant legal strategy then by the SolGen, short for Solicitor General, Jose Calida. His target: Maria Lourdes Sereno, previously appointed chief justice by former president Noynoy Aquino.

In May 2018, the Supreme Court voted 8-6 in favor of Calida’s petition, admittedly a creative way of quickly ousting Sereno from office and skirting the more circuitous impeachment process, which –  according to the justices who dissented – was the only way to unseat an impeachable officer like the chief justice. I recall Associate Justice Mariano del Castillo tagging Calida’s legal gymnastics as a form of “constitutional adventurism.” 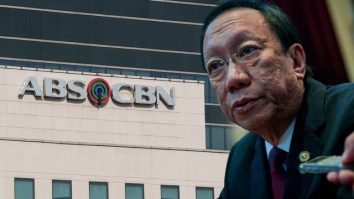 In essence, in Calida’s petition, the network is accused of “unlawfully exercising its franchise, by allegedly offering paid broadcast without government approval, and by allegedly allowing foreign ownership.” He cites a provision in the Rules of Court that says a quo warranto petition can be filed even against "an association which acts as a corporation within the Philippines without being legally incorporated or without lawful authority so to act."

Meanwhile, here are other big stories you shouldn't miss, along with accompanying Newsbreak reports that provide context and perspective to breaking news.