[OPINION] Case vs Rappler not a freedom of the press issue? Please. 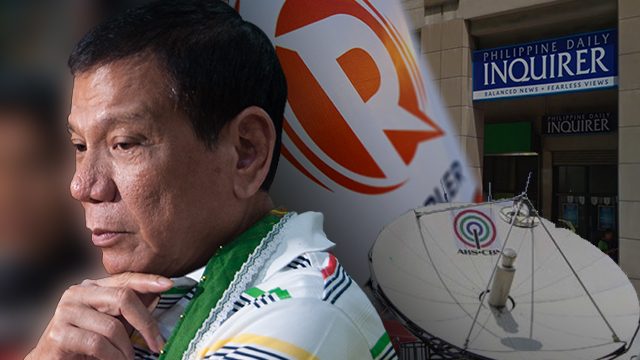 In the days following the Securities and Exchanges Commission’s (SEC) decision to revoke Rappler’s articles of incorporation, Malacañang repeatedly denied that it was a form of political harassment. In an interview on ANC’s Headstart, Presidential Spokesperson Harry Roque said:  “What evidence does she (Maria Ressa) have that government orchestrated this decision? None, given the credibility of the persons who wrote the decision, and given the legal mandate of the SEC.”

Inasmuch as the administration would like to paint the issue as one that is not politically driven, it’s imperative to look at the issue and see that it does not exist in a vacuum.

Let’s take a look at the timeline. In President Rodrigo Duterte’s second State of the Nation Address in July 2017, he echoed a false claim that Rappler is owned by Americans: “ABS, o Rappler, kayo ba ‘yan? Have you tried to pierce your identity? And I would lead you to America. Do you know that? And yet the Constitution requires you to be 100% media, Filipino. Rappler tried to pierce the identity, and you will end up American ownership.”

The President and his cabal of pundits have conflated the existence of Philippine Depositary Receipts or PDRs to be tantamount to ownership which is false.

During the investigation period, Rappler cooperated with the SEC, cognizant of the SEC’s mandate to perform its due diligence. But due process was not followed and the company was meted with punitive action that is arguably not commensurate to the alleged violation.

Rappler’s lawyer, Francis Lim, pointed out that other remedies were available to cure the violations without resorting to the revocation of the license: “Stockholders remain the same. Voting power remains with the stockholders of Rappler Holdings and Rappler Inc. Why do you revoke? Why do you go to that extreme penalty – kill the company – when there are other measures?” (READ: If there was a violation, Rappler not given time to cure it – lawyer)

In a similar case involving foreign ownership and PLDT Incorporated, SEC Memorandum Circular 8, Series of 2013 gave corporations a one-year curing period to correct violations of the foreign ownership rule. The same was not applied to Rappler’s case. SEC chairpersonTeresita Herbosa told the Philippine Daily Inquirer  that the Securities Regulation Code “does not provide for it (one-year curing period) in case of violation of any of its provisions.”

A history of hostility

While the Duterte administration would like to insist that the incident involving Rappler is an isolated case, it would be remiss to ignore the context and the current political climate that news and media organizations perceived as critical of the government currently function in.

There have been several incidents in the past few months that show that this isn’t the first time the President and his administration have flexed their muscles to intimidate news organizations that they deem critical.

It didn’t take long before the family announced the sale of their majority stake in Inquirer to Ramon Ang, a businessman, who President Duterte calls his friend. Ang is also his campaign donor.

The pressure was on and it was palpable in the Inquirer newsroom. Rappler gave a glimpse in a Newsbreak report, “Duterte’s target: The Philippine Daily Inquirer.”

Aware of the difficult terrain that the newspaper was navigating under Duterte, some Inquirer editors exerted extra effort to show balance in their stories to show management they were not being unreasonable.

“We would catch ourselves practicing self-censorship,” one of them said. “It was sad and tears were shed,” said another.

Nothing they did, though, could seem to pacify the powers that be.

The Newsbreak report, written in August 2017, proved to be prophetic. For even after the Prietos had given up the Inquirer, it appeared that President Duterte was still not satisfied. Just this week, he hurled yet another grave threat at the family: “One of these days, I’ll file a plunder case. When I file a plunder case, you will go to jail without a bail. You’ll see, you fools.” Apart from print and online media, Duterte also had a bone to pick with broadcast media. In April 2017, President Duterte sought to block the renewal of ABS-CBN’s franchise, accusing the network of “swindling” him when he was still a presidential candidate. In an interview, he said: “[The franchise] has been there for 25 years. The law said it’s okay, only if you adhere to journalistic standards. What did you do to us? Estafa, swindling, not only me but Chiz Escudero, many of us. Son of a bitch, you collected outright then you commit estafa.”

The accusations are rooted in Duterte’s allegations that the network refused to air his ads during the 2016 campaign. (READ: Duterte’s ace against ABS-CBN, the Philippines’ biggest network)

ABS-CBN’s franchise ends in 2020, subject to renewal of Congress which is dominated by Duterte’s allies.

Malacañang has repeatedly denied the political motivations behind the Rappler case but the President’s words and demeanor towards the media companies suggest otherwise.

(See how they slant. I don’t know. But someday – I’m not scaring them – but someday, karma will come….Inquirer, you are bullshit, also ABS-CBN, you publish trash. Someone should tell you, “You are sons of bitches, you went too far in your nonsense.”)

After Rappler reported on the alleged intervention of Special Assistant to the President Bong Go on a P15.5-billion Navy project this week, Duterte tagged the news group as a producer of “fake news.” (READ: Bong Go intervenes in P15.5-B project to acquire PH warships):

“For your information, you can stop your suspicious mind from roaming somewhere else. But since you are a fake news outlet then I am not surprised that your articles are also fake… Sumobra kayo (You are going overboard), you are not only throwing toilet paper, you are throwing shit at us.”

After the President’s latest rant against Rappler, Justice Secretary Vitaliano Aguirre II said that the Department of Justice’s investigation into Rappler will not be limited to possible violations of the Constitution and the Anti-Dummy Law, but “other laws” as well.

Well, this is nothing short of a “fishing expedition, and pure and simple harassment,” said Rappler. “We thought this was supposed to be in relation to PDRs and the alleged violation of the Constitution.”

Then, the National Bureau of Investigation suddenly summoned Rappler CEO Maria Ressa and a former Rappler reporter over a cyber libel complaint for a story that was posted in 2012. The story even predated the effectivity date of the Cybercrime Prevention Act of 2012.

The exercise of the law by the state, especially towards the constitutionally-protected press, is a freedom of the press issue, especially in the context of a President who has not shied away from cursing, criticizing, and slamming what he perceives as critical coverage. Even more so, in a climate where his supporters and followers constantly attack mainstream media and journalists online. 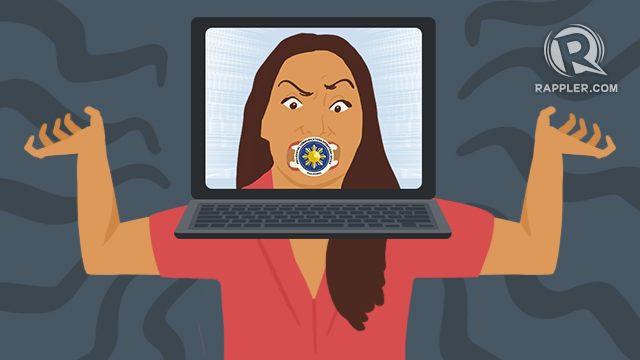 Journalist organizations, international publications, legislators, and human rights groups have voiced their concern regarding the developments in the Philippines. Human Rights Watch said: “What we’re looking at here is nothing less than a politicized attack on a critical media voice in the Philippines using the pretext of alleged foreign ownership….To a certain extent, this is a weaponization of state regulatory processes to undermine and to stifle media freedom.”

While the Philippine media and the government had gone through a rough patch from time to time – some rougher than others – in the period after the Marcos regime to the previous administration, there’s no doubt that the current government’s brazen moves are not unlike something this country had seen during his strongman idol’s time. (READ: From Marcos to Duterte: How media was attacked, threatened) – Rappler.com