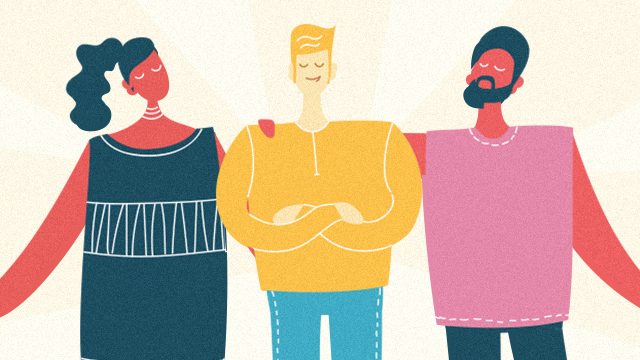 Facebook Twitter Copy URL
Copied
Being an albino is not something one chooses, but to succeed is a goal for everyone – no matter the color of their skin

My elder brother and I are albinos.

We have a hereditary genetic condition where our body does not produce enough melanin, which is responsible for the pigmentation in our body. I can talk more about genetics, but beyond the science of albinism lies a more important issue that needs to be addressed – social acceptance and respect.

Back in elementary school, my classmate left a scratch on my arm using a newly-sharpened pencil, after her parents told her that albinos don’t get wounded easily. I went home crying that day, with my right arm bleeding. It’s actually the opposite.

We are also subject to name-calling – Kano, Amerikanong hilaw, maligno.

Despite these, it never came to mind that my life is too hard.

My brother and I have always been teased about being human descendants of “engkantos,” a supernatural being in Filipino mythology characterized by white skin and pointed ears. In our remote place in Mindanao, some people can’t help but believe these rumors.

Yet the bullying we’ve experienced is incomparable to what albinos in certain parts of Africa are experiencing.

Reports said they are being persecuted and killed because of the belief that they are cursed. In other tribes, albinos are being mutilated because their body parts are believed to bring good luck and better health if turned into amulets. The United Nations Human Rights Office received over 200 reports of killings of albinos for ritual purposes in 15 countries from 2000 to 2013 alone. Now, the numbers could be higher.

According to a Red Cross report, albino body parts can cost up to $75,000 or about P3 million in the black market.

There is also a belief that having sex with an albino can cure HIV/AIDS, making people with albinism more susceptible to sexual harassment and rape. (READ: Attackers hack hand off Tanzania albino boy for witchcraft)

Being an albino is more than just having white skin and blonde hair.

Our eyesight is affected, too. In class, my brother and I were usually seated in front, but we still had difficulty seeing what was written on the blackboard. Being nearsighted and astigmatic, I also find it hard to recognize people from a distance even with eyeglasses.

Due to sensitive eyes, my brother developed an infection in the cornea when he was in Grade 6. Up until now, at 26 years old, he has yet to undergo a cornea operation which would cost us a hefty amount of money.

Doctors also advised us to limit our exposure to the sun as we are susceptible to developing skin cancer. This is because we have relatively thin skin compared to “normal” people.

Whenever we’re exposed to the sun for too long, our skin starts to develop blisters. It feels like our skin is being pierced with hundreds of needles at the same time.

These physical disadvantages, however, don’t make us any less of a person. 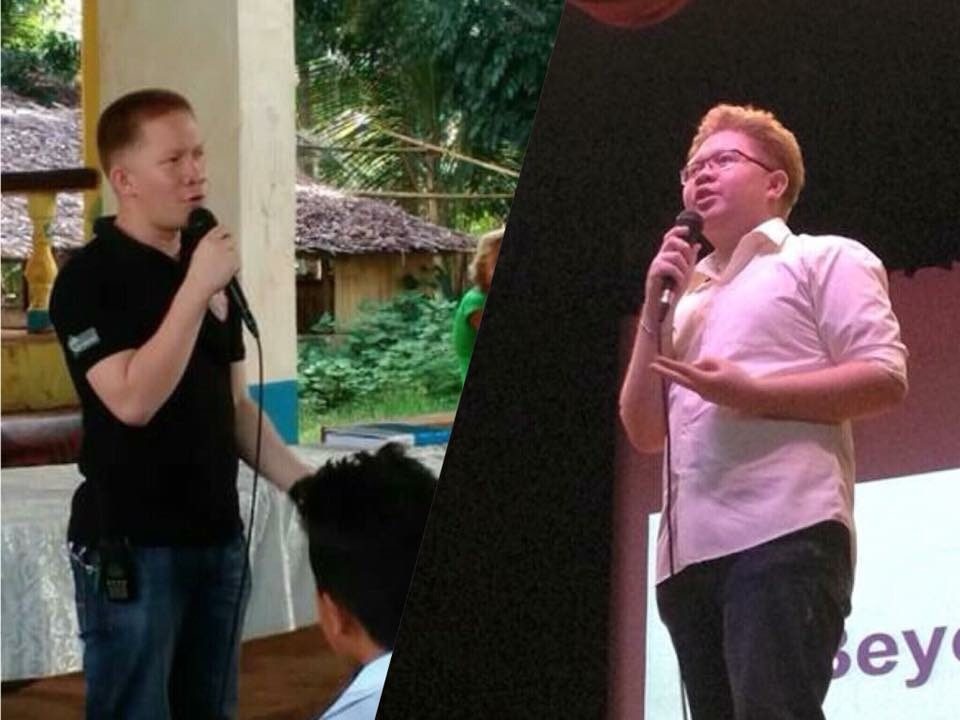 My brother and I are very lucky to have parents who raised us as “normal” kids. We didn’t get any special treatment from them. We were disciplined just like our other siblings. (READ: [OPINION] The day I became a rebel)

We were educated in public schools where we interacted with “normal” kids. I realized that because we were exposed to the public, our community was able to develop a sense of recognition for people like us.

Though there were challenges like bullying, those who accepted us boosted our confidence and helped us develop our abilities. Just like “normal” people, we also have talents to be nurtured, dreams to fulfill, and visions to realize.

Currently, my brother is a safety instructor at the Provincial Disaster Risk Reduction and Management Council of Zamboanga Sibugay. He teaches disaster preparedness, first aid, and rescue techniques to schools and local government units in the province.

In high school, I was the class valedictorian, and brought several achievements for my school and my community. I would have chosen to study political science or mass communication in college, if not for financial constraints that prompted me to grab a full scholarship opportunity for a science major.

Now, I’m still finishing my studies while working for Rappler and promoting campus journalism in the country.

My brother and I will certainly face more challenges, but we’re confident that we can surpass any obstacle because of the empowerment that we have received from the people around us.

On International Albinism Awareness Day, I hope we can further develop a culture of acceptance and inclusion so we may not alienate anyone. Aside from albinos, this also applies to people whose race, ethnicity, or beliefs may be different from ours.

Being an albino is not something one chooses, but to succeed is a goal for everyone – no matter the color of their skin. – Rappler.com