Facebook Twitter Copy URL
Copied
Their insights inspired students and fellow journalists alike. Their hard work, struggles, and perseverance are worth emulating. They also made us think that if they can do it, so can we.

From October 22 to 26, I and 8 other fellows from Asia had the privilege of meeting 8 Pulitzer Prize winners during a week-long seminar conducted at the Hong Kong Baptist University. The seminar featured Pulitzer Prize journalists who shared their experiences as media practitioners and how they were able to do the stories that earned them recognition.

As a reporter, it was a once-in-a-lifetime opportunity for me to pick up pointers and lessons from people I knew through their works. I usually keep my composure when I meet celebrities, but I found myself getting starstruck when faced with the Pulitzer winners.

There were so many lessons I’ve learned during the weeklong event. Here are 5  I’ve picked up along the way.

We heard Stephanie McCrummen on the first day of the workshop. She won the Pulitzer for an investigative story on senatorial candidate Roy Moore, who was accused of sexual assault by several women. McCrummen, a believer in the traditional and basic rules of the profession, shared that in the beginning, she had a different angle covering the story. After spending enough time in verifying the reports, and talking and listening to the necessary people, she began writing the story, which would make headlines in Alabama.

McCrummen said that there were many times when Moore’s camp tried to discredit the story, calling it fake news or that it was funded by Moore’s political rivals. But she knew the truth and stood by it. Moore would later lose the elections.

At a dinner with the Asian fellows, I got the chance to ask her how she and other female reporters in the US handled the sexist and misogynist comments thrown at them. While it can be hard she said, it comes with the job and that for as long as you know what you’re doing is right, stick to it. 2. Data journalism is not for everyone, but knowing the basics is helpful.

Matt Carroll was another journalist we were able to meet. I knew about him because of the movie Spotlight, which won the Oscars for Best Movie in 2016. He and the members of the Boston Globe team won the 2013 prize for Public Service for their work on Catholic priests’ sexual abuse of children.

As part of Spotlight, Carroll spent hours putting together the team’s information. The task was not called data journalism back then, but Carroll was one of the many journalists who were already doing the work.

During my interview with him, I asked about his thoughts on the future of data journalism.

“Data journalism is part of an evolution where journalism has been going for a long time. So it’s not different than journalism, it’s just an evolution on journalism – sort of another tool that reporters can use in their tool kit just like video or audio for podcast. And it’s just that something has happened. Some journalists embrace it, some don’t care for it. That’s totally fine because I don’t think it will make sense to everyone,” he said.

“I would be happy if everyone would do some basic stuff like Excel. I think that would help them. It’s growing by leaps and bounds – the number of reporters that embraced it has increased.” 3. Temporary setbacks are part of the journey.

Jonathan Kaufman, director of the School of Journalism of Northeastern University and 1984 Pulitzer Prize winner, told the fellows that frustrations are part of the journey. But he also emphasized to us that we should never let these frustrations and setbacks stop us.

“There are some battles you can fight and some battles that you can’t. And so when I think support and I think for all of you, I mean, you’re all really smart, really committed, you know, you need to figure out, ‘Okay, how can I make a difference, right?’ And what can I do so that at the end of the day, I feel like, I move things along a little way. And frankly, that’s what life is like.

“I mean, you know, we all have our frustrations and all that but I think that we can’t let the temporary setbacks, you know, beat us down…. In the end I think history judges people by doing the best that they could,” he said.

After hearing our stories, he assured us that other journalists from around the world are supporting us in these trying times. He boosted our morale during the interview with a phrase from Martin Luther King which was posted inside the White House during former US president Barack Obama’s time.

“‘The arc of the moral universe is long, but it bends towards justice.’ The idea is…we may not see like the [whole] thing but as long as you’re pushing it in the right direction. And so I really admire all the work that you’re doing and it makes me proud to be a journalist,” Kaufman said. 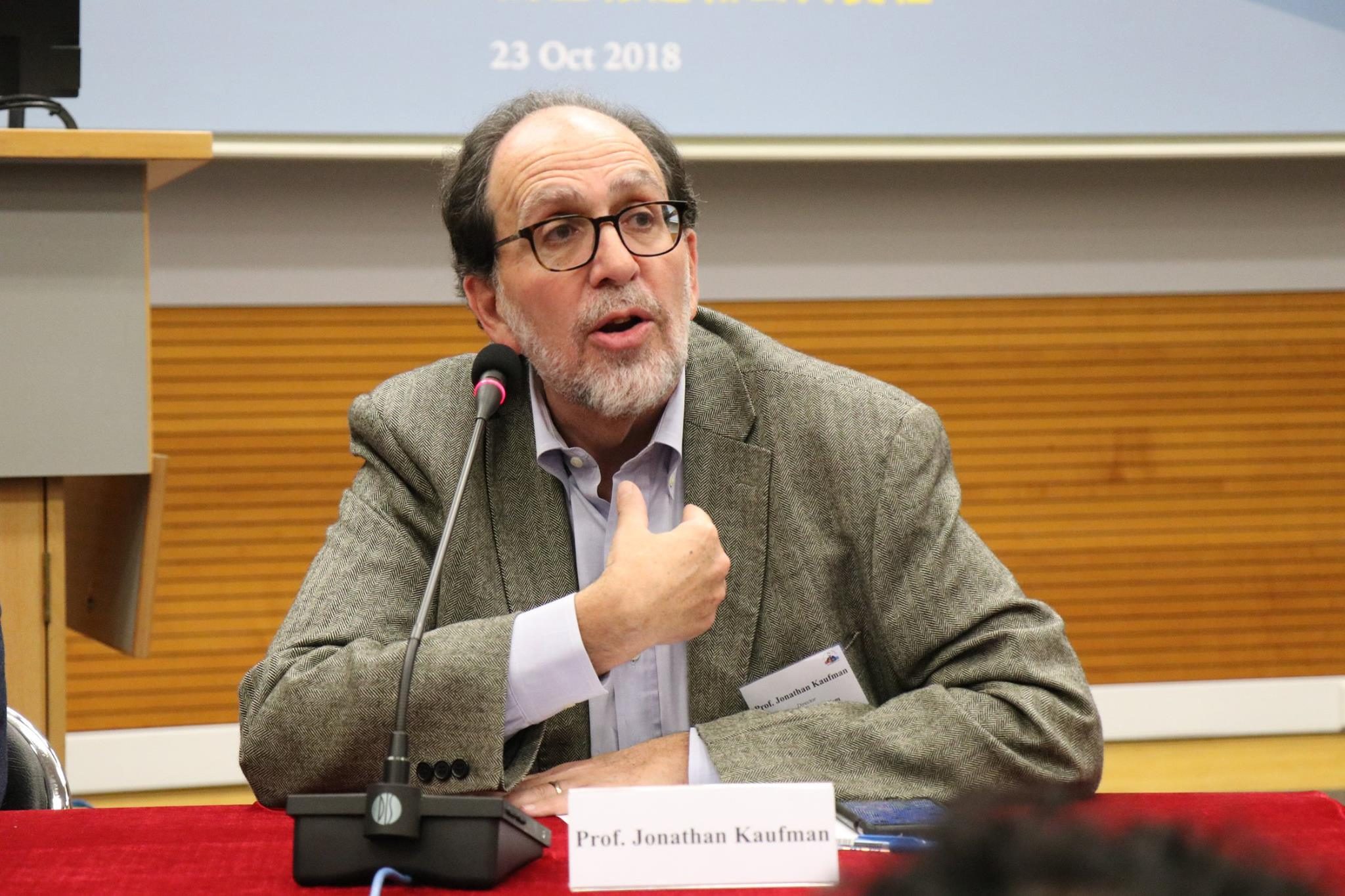 4. Women bring a different perspective to the newsroom.

At a time when women are the target of sexist and misogynist comments, their points of view are valued by their peers as Kaufman and Carroll shared with us fellows.

Kaufman said women are not only “excellent journalists” but also “bring a different perspective.”

“We talked a lot about the importance of diversity in a newsroom. People have different backgrounds, different racial backgrounds, and so forth. But I think it’s also a difference in perspective. And I think the MeToo movement is an example of that, which is that so many of the things that have been exposed, and then MeToo movement, a lot of men, including myself, quite frankly, thought, well, that’s okay. I mean, what’s the news here, you know, obviously, some of it was really awful. But some of it just seemed, that’s the way things are. So I think women have shown that different perspective really,” he said.

Carroll, for his part, said of women journalists: “I think they bring a very, very different perspective. And I was thinking about this, when I read a column, it was a sports columnist, actually for the Boston Globe. And she was talking about a little bit about the MeToo movement, but also how difficult it is for a woman in sports. You never would have seen that 20, 30 years ago, and it’s a very valid concern. So it was nice to see someone – it was nice to see that woman getting a chance.”

5. Press freedom is a concern and the world is watching.

Citing the threat against Rappler and the fate of the two Reuters journalists in Myanmar, Obermaier said that international solidarity is now needed more than ever, and it is important to speak out in these trying times and hold people in power accountable for their actions.

“It is important that there is a group that tries to hold them accountable,” Obermaier said. “I think transparency is something that’s very powerful. What journalists basically do is nothing else than laying the ground for societies and people, citizens to make a political decision based on the facts we present. And this political decision is done, that’s something individual. It doesn’t mean that you have to go one way.”

“Complete different political conclusions are okay, there’s no problem with that. That’s fine. But I think it is important to have the facts laid out there and explain,” he added. The tips and views of the Pulitzer Prize winners inspired students and the fellows alike. Their hard work, struggles, and perseverance are worth emulating. They also made us think that if they can do it, so can we.

Their insights gave us confidence at a time when the media in countries like the Philippines, India, and Bangladesh are facing huge challenges. One thing is for sure – they are behind us and the world is watching what will happen next. – Rappler.com