This is the best time to become a Rappler 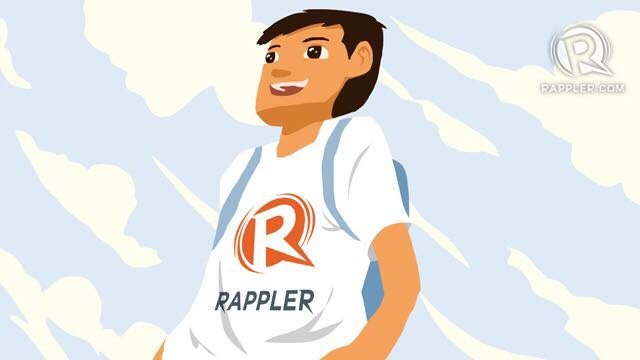 Have you ever thought of finding yourself in a situation where you’d be harassed for doing your job or disregarded by your relatives just because your beliefs differed from theirs?

Ten months after the Securities and Exchange Commission (SEC) revoked Rappler’s license to operate, and after the government filed several more cases against the organization, I joined Rappler. It was not a decision made on a whim. I simply believed that it was the perfect time to be a Rappler. (Editor’s note: The Court of Appeals did not uphold SEC’s order, remanding the case to the commission for a re-investigation.)

It wasn’t a smooth start. Some of my friends and relatives questioned my decision, noting the threats Rappler was facing. “Aren’t you afraid? Hindi ba magiging delikado? Hindi ka ba natatakot?” they asked. (Won’t it be dangerous? Aren’t you afraid?)

All these questions reached my ears, but none of them discouraged me from pushing through with my decision.

Rappler itself strengthened my resolve to hold the line. How?

Rappler tells the nation’s stories. Not only that, it goes beyond traditional reportage, creating and enabling communities online and offline to take action on issues that matter to them. Its journalists expose the wrongdoing of leaders and hold these leaders accountable.

In 2016, Rappler’s saga began as the administration’s supporters started branding the organization a purveyor of “fake news” just because the news outlet was critical in its reports of the President and his administration. This was echoed by the President himself in 2018, when he called Rappler a “fake news outlet” over a report about his top aide Bong Go. (READ:Bong Go intervenes in P15.5-B project to acquire PH warships)

All those accusations are not true.

Even before deciding to pursue my training application, many told me, even my relatives, that joining the organization was a mistake because they believed that Rappler is “biased.”

I even remember having an argument with one of them, who told me that “Rappler is fake news.”

I wanted to blow my top, but I realized, would it help? It’s hard to fight with people you love, but by letting them know the truth, I hope that they will learn to trust Rappler someday.

Waking up to threats

During my training, I wrote articles about President Duterte and other key personalities like the Vice President, and because of that, I wasn’t spared from threats and intimidation – the very thing that Rapplers are now still facing.

I never expected to receive threats, but I’ve now experienced waking up to them just because I’m a Rappler. And it’s not easy at all. Honestly, it has made my knees crumble.

Doing a job which others deem unpleasant because it doesn’t please the President is tough. To some some extent, it created a rift between me and those closest to my heart. Some of my friends and relatives even skipped greeting me on my birthday last year.

Though I experienced all of these, what makes me stay?

It’s the passion that lives in me and the undying responsibility that all Rapplers hold dear – to promote free and fearless journalism.

In the last few months, without expecting anything in return, I have conquered storms and protests to contribute to their mission to inform the public.

Yes, questions and criticisms continue flowing my way, but I’m certain I will stay.

I am now a Rappler making waves for civic engagement and social change.

For me, this time is the best moment to become a journalist, and it’s even more special that I am part of a news organization that continues its fight amid all the intimidation.

Being part of a team whose goal is to inform people rather than to please those in power will allow me to look back years from now and know that, yes, I was one of the journalists who stood up for the truth and who spoke truth to power.

So – to the ultimate question: Is Rappler really biased?

Yes! Since the beginning, the social news network has been biased… biased for the truth. This is the very reason I continue supporting Rappler.

The Pork Barrel scam which was associated with the government’s Priority Development Assistance Fund (PDAF) became one of the issues that came out during the Aquino administration, and Rappler reported on what people needed to know. (READ:PDAF more than doubled under Aquino)

During the present regime, Rappler stayed with the story on extrajudicial killings in the government’s war against illegal drugs. (READ:IN NUMBERS: The Philippines’ ‘war on drugs’)

The stories that Rappler has produced have ignited a thirst for social change and have caused people to call on both administrations to take concrete steps.

Rappler helped me find my second home. If there’s one thing that I am most grateful for – it is being able to finally smile again knowing that I am doing something for the greater good.

So if you’re going to ask me again about what makes me stay, just look at what Rappler has done  – speaking truth to power, keeping those in power in check.

Truly, everything is worth it. Now, I have a lot of friends and relatives who trust Rappler not only for its truthful stories but for creating the ripples of change we want to see.

Be with us in telling the truth. Continue holding the line. Support free and fearless journalism. – Rappler.com