[OPINION] Will the next Senate be independent?

May 7, 2019 9:00 AM PHT
Camille Elemia
Facebook Twitter Copy URL
Copied
Let us manage some expectations: the 18th Congress will be filled with allies of President Rodrigo Duterte 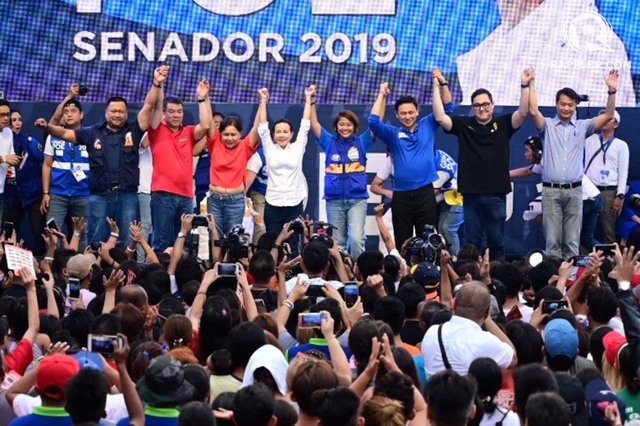 This is a #PHVote newsletter sent to subscribers on May 4, 2019.

This is Camille Elemia, Rappler’s Senate reporter. I also cover PDP-Laban for the May 2019 elections.

With only a week to go before D-day, I think I should help you manage some expectations.

A few days ago, Pulse Asia published the results of its April survey. Fourteen senatorial candidates have a statistical chance of winning, and most, if not all, of them are from the administration slates, meaning from the ruling PDP-Laban or endorsed by Hugpong ng Pagbabago:

All these mean one thing: if the results are to be followed, the next Senate will be filled with Duterte’s allies.

Rappler reporter Lian Buan, who covers the Otso Diretso slate, pointed out in an article that these results fuel fears that the country is seeing a return to the pre-Martial Law era.

The last time the opposition managed to get just one seat in a senatorial race was in 1967, when only Benigno “Ninoy” Aquino Jr, Marcos’ chief critic and Bam’s uncle, won a seat in the Senate.

That year, 7 of the 8 seats up for grabs went to Marcos’ party mates in the Nacionalista Party.

Of the 12 incumbent senators who will stay until the 18th Congress, 8 are considered allies of the President Rodrigo Duterte, with varying degrees of affinity with him:

The 4 opposition senators that will remain are: Minority Leader Franklin Drilon, Francis Pangilinan, Risa Hontiveros, and Leila de Lima, who is detained and cannot vote on key issues.

The opposition will also be losing a key – and most vocal – figure, as Senator Antonio Trillanes IV finishes his term.

In effect, with Trillanes gone and De Lima practically “disabled,” the minority bloc will be down to 3, if no one from the opposition makes it in the Top 12 in the coming elections.

This means it is highly possible that the new Senate will be composed of 20 allies and only 3 minority senators who could vote.

The configuration, however, has not affected the survey numbers. A recent Social Weather Stations (SWS) survey showed that 72% of Filipinos were satisfied with the Senate’s performance, and only 10% said they were dissatisfied.

Asked about it, Senate President Vicente Sotto III said the results show that “the present Senate is “transparent” and “independent.”

Well, we have 8 days to find out. – Rappler.com