The unbearable weight of traveling while female

Dec 7, 2019 5:00 PM PHT
Janella Paris
Facebook Twitter Copy URL
Copied
Many times I feel that nothing is better than another female's company when I’m traveling alone 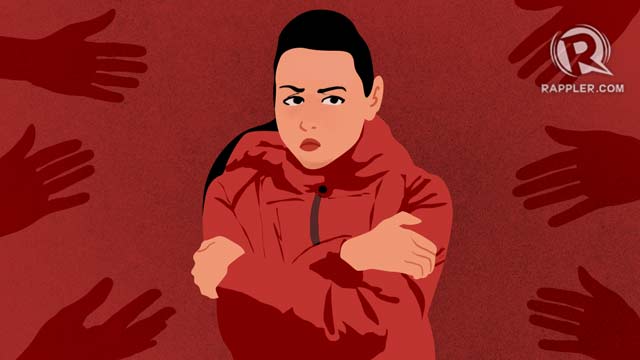 One cold autumn night in Warsaw, all I wanted was bread. The sun had set at around 4 pm and it felt like it was time for dinner not even an hour later. I had some cold cuts and cheese in the hostel fridge, as I typically do when I travel alone. I was out of bread though, and needed to make the run to the store, which on foot was less than 5 minutes away.

It was less than 5 degrees out. I wore an autumn coat, a down jacket, and two layers of wool under, then headed to the store. A few steps away from the hostel door, a man with a belt bag and a black hat bumped into me and touched my left breast. He bumped into me hard that my chest hurt a little immediately after the impact. He touched my left breast, his hand flat and ungloved, then after a second or two put both hands in his pockets, muttered something in a language I could not comprehend, and walked away.

I stood next to the lamppost, looking into his direction until he was out of my sight. It felt like glaring at him, though he didn’t see me doing so, would eventually get rid of the feeling of his hand on my chest.

After the shock came the questions. Did it really happen? Was it really my breast he touched? Why would he want to touch my flat chest? Was I making such a big deal out of it? I had two layers of coats on, so it doesn’t really count, right? Are there not worse things? Surely other women have faced riskier situations and didn’t even bat an eyelash? (READ: That thingy called rape culture)

Then came the anger. I just wanted some dinner. I would get bread, head back to the hostel, say hi to a fellow traveler in the kitchen, then eat. I did not want my breast to be touched. No one ever wants that to happen unsolicited. And yet it’s unbearably casual for women everywhere.

Just a few nights before that incident on a Warsaw sidewalk, I was at a club in Madrid with 3 Americans I had met at the hostel. I met them during a drinking game at the hostel common area. The game wasn’t fun but it got us tipsy enough to brave a Thursday night out in the Spanish capital.

Two of them, Matthew and Sarah, both happened to be from Dallas, Texas. They had started talking about things they both knew about their hometown before we got to a 7-floor tourist trap of a club, with its reggaeton music on one floor and American hip-hop on another. They were trying to see whether the other was really from Dallas, asking about the name of the local mall on the corner of one street and the name of a bus station on another.

Meanwhile I was swaying on the dance floor, waiting for a song I liked to come on. At one point, two Spanish guys came up to me and asked where I was from. I told them I was from the Philippines, and that I lived in Spain two years ago. They sounded interested enough and struck up a conversation. Before I could answer one of their questions about the Filipino language, how it had many words from Spanish, they told me, “No te preocupes. No te vamos a engañar, eh (Don’t worry. We won’t trick you).”

Somehow I found comfort in this. When I lived in Spain, going out meant men going up to you unsolicited, assuming your presence in the club meant you wanted their body on yours. Their politeness struck me as a good sign for the night to come.

After having a few shots of tequila the 4 of us from the hostel huddled in one edge of the now-crowded dance floor, which by then had early 2000s music blaring from all corners. The song “Low” by Flo Rida was playing when I noticed Matthew touching Sarah’s waist. I looked away. I assumed they were just dancing and having fun. I looked at Sarah’s face. She had been smiling then, her eyes closed.

But after the first chorus, she reached for my arm. She looked at me, then to Matthew’s hand on her hip, which had been inching towards her crotch. Then she looked back at me, her eyes wide, the discomfort in them palpable.

So I acted drunk, dancing wildly between them to force Matthew’s hand out of Sarah’s inner thigh. I held her hands and swayed with her until the last few beats of “Low,” until the next song came on, and the next, and the next, and we had fun like that. (READ:Forget the rivalry: Why women should help each other)

When they switched the playlist back to Drake-era hip-hop, we decided to call it a night. As we were getting our coats, I noticed Matthew grab Sarah by the shoulder, whispering into her ear, and Sarah saying “No thanks” repeatedly. By the time I walked up to them, the banter was over.

I walked out of the building with Sarah and the two guys, who decided to get McDonald’s. I told them Sarah and I would catch an Uber back to the hostel ahead of them.

On the ride back, Sarah apologized: “I’m sorry you had to do that.” I told her she would’ve done the same for me. I also told her I’d gladly kick Matthew in the balls if I saw him again in the hostel. She laughed a little. By then I truly felt, nothing is better than another female’s company when I’m traveling alone.

A few days later, I went to Poland for the last leg of my trip.  The day after the sidewalk encounter, I went to the Christmas market and had dinner with Chris, whom I had met at the hostel. Sat on a bench in the market square with mulled beer in our hands, I told Chris someone bumped into me and touched my breast on my way to Carrefour Express. He said he was sorry that it had happened to me, that it sucked, and before he could say anything else, I said: “I wasn’t even scared after the fact. I was just so angry. I thought, I hate most men.”

I’d been careful not to say “I hate all men” or “Men are the worst” or some other feminist refrain that usually elicits a comeback, which more often than not would be a defense of the male sex. Like the hashtag #NotAllMen in response to #MeToo. I wanted to be angry so badly at that moment.

Chris let me be angry for a while, as we sat there with our mulled beer. I told him about what ran through my head after the man touched my chest, that I felt the need to question my own credibility. I also told him about Sarah. I said: “I feel like men rarely know when what they’re doing is wrong. When they touch someone like that, they rarely think about the woman being uncomfortable. And I think that’s a conversation we should have.”

He then talked about a Belgian friend of his whose philosophy on “how to get a Belgian girl” was “to do anything he wanted.” I didn’t even want to imagine what “anything” was. And I guess, lucky non-Belgian girls, that’s one less Belgian man off their shoulders. “It still sucks that that was his attitude toward other human beings,” Chris said.

I told him, “There is hope yet.” I want to believe it. But I think hope can’t come from women alone. It can’t be just a bunch of us screaming at men, telling them to be more considerate, or pointing out every single thing that’s wrong. They have to know when it’s wrong, too.

What’s frustrating is that we’ve been having these conversations for at least two years, especially after Twitter exploded with threads about date rape and the casual nature of rape culture. A prominent case that comes to mind is the Babe.net article about a woman’s encounter with actor Aziz Ansari. The piece had been criticized for its overreach. Some critics said the piece had been unfair to Anzari, after it had painted him as though he’d been another Harvey Weinstein. There are degrees to sexual harassment, many said. I tend to agree.

But I think the fanfare around the piece did betray something about rape culture that we have not sufficiently talked about – how casual it all is, most of the time unbearably so, and how ingrained it is in otherwise insignificant encounters.

That night on the sidewalk could have easily been an insignificant one. I would have eventually forgotten about walking to the store for bread, had that man not bumped into me and touched my breast. Sarah would have just had fun that night in Madrid, would not have had to look at me in a panic, had Matthew kept his hands on his glass of gin and tonic. Or had he asked Sarah, “Is it okay if I do this?” or “Do you want to dance?”

How do we make men remember that consent is non-negotiable? That being intoxicated doesn’t make consent any less necessary? I’ve tweeted about this enough, written about this enough, and sometimes I honestly don’t know what to do anymore.

At least, for now, I will keep tweeting and writing about it. I will keep talking about it to men I meet when I travel, to let them know this cannot keep happening. I’ll do it whether I’m in Manila or in Madrid or in Warsaw, and I will do it until women live in a safer space where we can dance and buy bread in peace. – Rappler.com