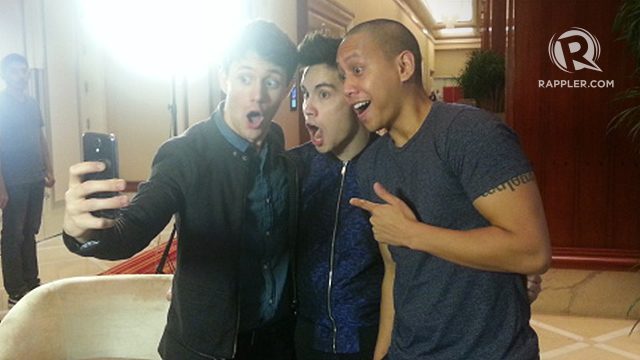 When I was in college, Sam Tsui, Kurt Hugo Schneider, AJ Rafael, and Tyler Ward were all college age, too. But as I studied for exams, wrote my first term paper, and took the first steps towards a career in retail, these guys were singing to the world, all through the Internet.

Five years later, I would sit inches away from Sam and Kurt, now worldwide YouTube superstars with a legendary track record (together, they have more  5.7 million subscribers on their channels), as they sang for fans in the middle of the crush that had formed around them. Later, Sam reached into the crowd, plucked a fan’s cell phone, and took a selfie of him and Kurt. Sam would later tweet a photo of the Manila crowd, individual faces discernible, by way of thanking them for a great night.

They aren’t the first to do that, and they won’t be the last. But the closeness to the fans, through many an RT on Twitter or a free hand bestowing that unexpected heart on Instagram, is a precious commodity that many a mainstream recording artist would (and should) covet.

It helps that on social media, this new generation of stars often addresses the fans individually, in a furious barrage of tweets or other replies, resulting in highly engaged fans who will follow a star for years, throughout changes to their career.

You don’t feel like they’re addressing the wide universe of fans, or are present only when plugging albums, announcing tour dates, or giving something away. They’re there to show off their cats or share a photo of their lunch – and the occasional plug or announcement doesn’t feel so empty at all.

I particularly liked one comment I spotted on Mikey Bustos’ YouTube channel, in response to his viral cover of Avicii’s “Wake Me Up.”

“Too fun! I smiled so much my face hurt!” wrote Tina Jones.

Mikey himself replied: “LOL! So happy it made you smile and HURT! :)”

Truth be told, a certain kind of humility seems to be inherent in these YouTube stars, who understand the roles their fans have played in buoying their careers, at least in part. They all just seem so darn normal.

In the polished “Cups” video – a technical showcase of teamwork and rhythmic skill – fans can also spot a hole in Kurt’s shirt, and not the kind that’s been artistically applied.

Fans feel this friendly energy not only online, but also in the flesh. 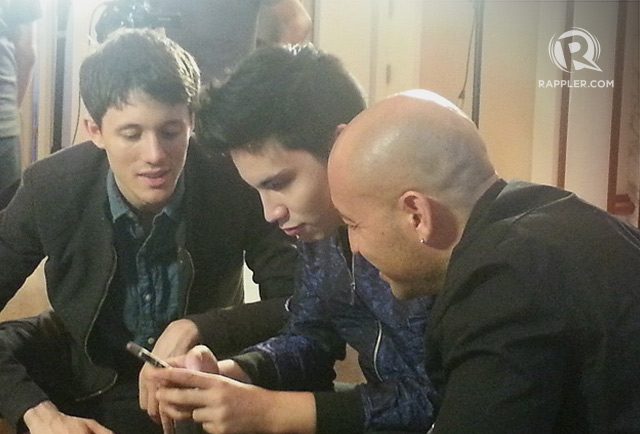 I’ll tell you what the main topic of conversation was before Mikey, Sam, and Kurt faced the cameras for Rappler – balut. The two guys had googled pics of the developing duck embryos and were contemplating it as a midnight snack.

Behind the scenes at Fil-Am AJ Rafael’s sound check hours before his recent Manila concert, AJ would come out to greet the fans who had lined up early to see him, or take a break from rehearsal to playfully heckle Rappler’s Ryan Macasero, with whom he had just wrapped an interview. When we asked him questions from fans, he said their names, looked into the screen to thank them for their question, and seemed to think hard about the answers – clearly, he wasn’t on autopilot mode. The questions meant something to him, and he wanted to show the fans that.

And when AJ stepped outside, he wasn’t mobbed – but he was hugged, tweeted on the spot, patted on the back for a job well done.

As an editor, I could not have been more pleased at the answers I was getting, the material I could later work with and bring to readers.

But as a fan, I was overjoyed to see, in the space of just two weeks, several YouTube stars whose work I had previously admired from afar –  and to discover that their real-life personalities didn’t differ at all from their online ones.

And often, when they sing their hearts out onstage, it’s just that much easier to get caught up in the moment – especially when fans and the artists themselves remember that just a few years ago, they were singing those same songs on YouTube from their makeshift studios, or out of the garage. It’s a shared memory with netizens who care. It’s special.

Fans and performer alike may just find that they prefer it that way. –Rappler.com