Covering Nanjing: How sports can bring the world together

Sep 13, 2014 11:00 AM PHT
David Lozada
Facebook Twitter Copy URL
Copied
'For all the young athletes who went to Nanjing, this year’s games were their first Olympic experience. For some, it will be their only Olympic experience' 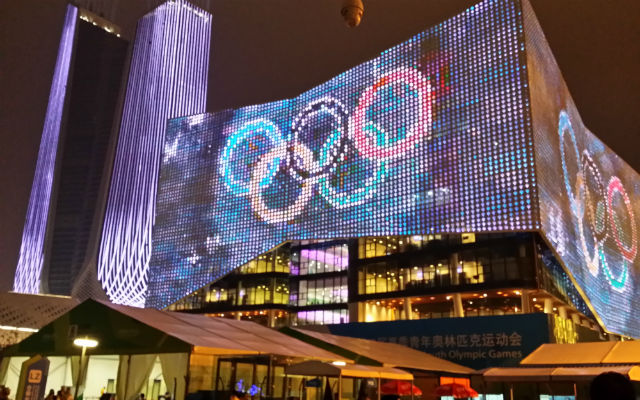 It was two nights before the opening ceremonies of the 2014 Nanjing Youth Olympic Games (YOG). The IOC Young Reporters were asked to interview athletes in the Youth Olympic Village (YOV) to get their feelings and moods before the competitions start.

My Guatemalan friend and I decided to get our stories from young athletes entering the YOV. We stopped a group of girls with clutched sports bags, looking like they were heading to dinner. They just finished practicing in time for the games, we thought.

Two of the girls agreed to be interviewed and, to our surprise, we realized that they just finished competing in football, the only sport that started before the opening ceremonies to accommodate all the participating teams.

“How did your event go?” we asked.

“We lost our first game and we don’t know how we will progress in the next few days,” one of the girls said, holding back her tears.

“How are you feeling with what happened today?”

“We are sad but we are also very proud. We are proud because we gave honor to Papua New Guinea. We represented our country well,” one of the girls uttered.

That night, the Papua New Guinea women’s football team was beaten by team Venezuela, 7-0. They competed again 6 days after and were beaten by Slovakia, ending their Youth Olympic journey.

But the Youth Olympic Games weren’t only about winning and sports.

The first time I covered a sports event was during the 2012 Palarong Pambansa in Lingayen, Pangasinan. I was a Rappler intern then and I had no idea how to cover sports.

“Always look for the human angle in every story.”

This was the recurring tip of our bosses then. That was what I looked for and that was what my fellow interns and I produced. When I got accepted into the IOC Young Reporters Programme, this was the only thought I brought with me.

“You will cover typical news stories but we want you to go beyond that. Look for the athletes’ personal stories. Let us know their dreams, their goals in life and the challenges they face,” one of our mentors said during our first session.

I knew I was in the right track. The YOG was a treasure chest of stories that all of us young reporters had the privilege of opening and sharing to the world. 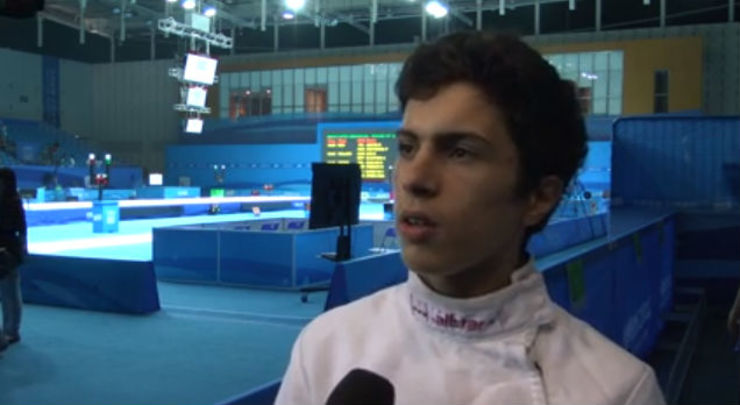 “In Syria, we only have 3 fencers. We don’t have any good facilities. I hate my coach because he’s not good. He doesn’t train us well,” said 17-year-old Mohammad Shaheen after finishing last in the fencing men’s individual event.

“But I’m proud to be here. I’m proud that Syria is here in this international event. I’m happy that I get to compete in fencing,” he added.

Like the Papua New Guinea women’s football team, Shaheen went home without a medal, but they brought home something more.

The honor of representing their countries – this is why athletes would spend years training in their sport only to take part of one event where they have very little chance of winning. For 90% of athletes who competed in the YOG, this was a reward more than medals can bring.

Countries will always have varying levels of sports programs. Some athletes will always have access to better facilities and more determined coaches than others. But in the Olympics, all players become equal. There are no better or lesser countries when the athletes are on the field. Everyone has a chance to get the gold and bring honor to his or her homelands. 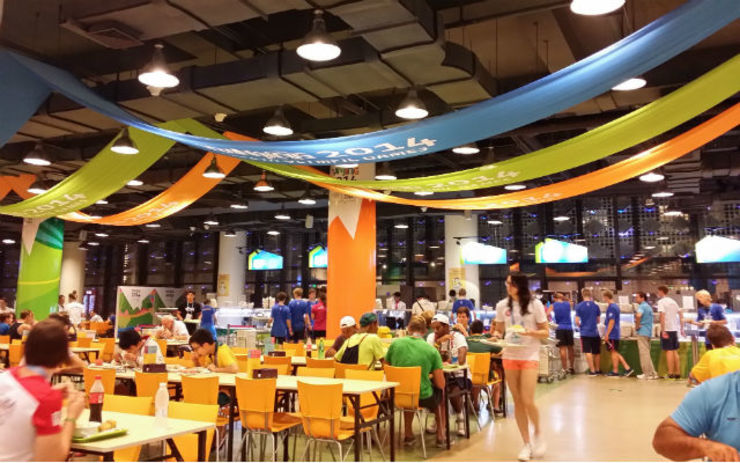 Beyond sports, the YOG was a way to break barriers and boundaries between cultures. The YOV is the best example of this. In the village, there were no walls reinforced by political differences or conflict. Young athletes from opposite parts of the world share dining tables and exchange contact information, forging life-long friendships in the process.

Peace through sports. This has always been one of the many goals of the Olympic movement – creating spaces for dialogue and understanding between people of varying backgrounds and culture. While most of the sports action happened in the stadiums and arenas of Nanjing, the real effect of the YOG was seen in the backdrop, when young athletes interact and celebrate their victories and losses in the spirit of sportsmanship.

Can sports make the world a better place? If we start with the young people – the shapers of the world’s future – perhaps, it can. I’ve seen this in the YOG. Young people can come together and celebrate their differences; peace amid diversity.

Older generations call our generation the “selfie generation.” They say we are selfish, vain and too consumed in our own little worlds. Though that might be true to some extent – with my experience covering the YOG – I think my generation has a good chance of changing how this world works.

Yes, we like selfies. But we can also be selfless. Given the opportunity, we have the capacity to open up ourselves and see beyond our own little worlds.

Because of the advent of social media, our generation has become more interconnected than any generation in the history of this planet. Personally, I’ve made friends across the 5 continents because of my stint in the YOG. While we are separated by land and sea, technology allows us to foster our friendships beyond the physical boundaries. We use this to our advantage.

In my experience covering the YOG, I can say that there is hope for a better world. With the right empowerment and push, the youth can achieve great things for themselves, for their countries, and for others.

In two years, the best athletes from around the world will come together in Rio de Janeiro for the 31st Summer Olympic Games. I cannot wait to see the impact of this year’s YOG in those 16 days.

Watch this video I produced for the IOC on my initial impressions of Nanjing: