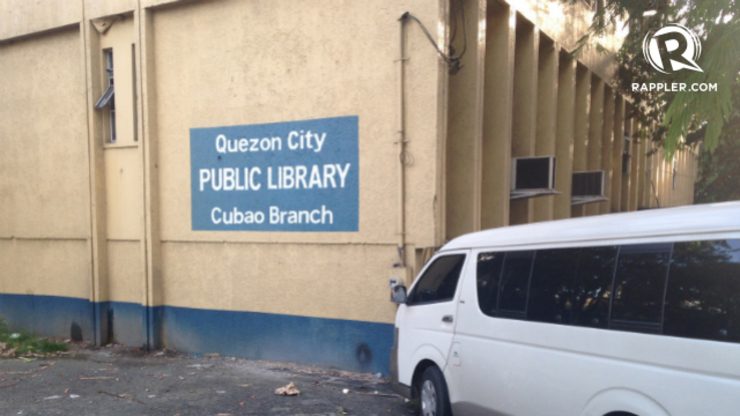 Facebook Twitter Copy URL
Copied
Have you been to a public library?
In one of my News Writing classes back in college, our professor surprised us with an activity: to produce in half a day a voice-over report on a place we’re curious about.

What quickly came to mind was an elementary school nearby; at the time, it was preparing to be relocated due to an ongoing road project.

As the activity was on the spot, it became a training of many things: the nose for news, speed, and multimedia reporting.

But my takeaway, really, was to be curious and to stay curious – a mindset that is proven invaluable through the years.

I was stuck in the horrible EDSA traffic last Friday, September 12, when I remembered that News Writing activity. While looking out the bus’ window, I saw it again: the Quezon City (QC) public library in Cubao.

I’ve seen it many times before but could only imagine what’s inside – that is, until that Friday, when I realized I’d never know what I’m missing if all I am is curious and nothing more.

What I had been missing, I found out later, is a public space for learning that welcomes both young and old.

“[The library] celebrates one of the simplest joys in life: reading.”

The Cubao branch of the QC public library is nothing fancy. It’s smaller on the inside, with an interior like that of public school libraries – well-lit, bright, and colorful, its walls plastered with world maps and posters that encourage reading.

Aside from the usual sections of a library (Reference, Filipiniana), I was pleasantly surprised to see a children’s section, and a huge corner dedicated to persons with disability.

The library also has 4 computers in its multimedia and internet section, with only one unit occupied at the time of my visit. At least in that side of the metro, people still preferred books.

There were only a handful of us that Friday afternoon: 3 kids engrossed in their fairytales, 4 teenage girls reading magazines, a man – probably in his 70s – jotting something down in his notebook, and me, the 20-something reporter on her day off.

Truth be told, I was half-expecting to find the place run-down and nowhere close to “conducive for learning.” I’m happy to be proven wrong, happy to have found a new place where I can read my books in peace.

Discovering the QC public library to me is more than just finding an alternative to the quiet coffee shops I frequent.

When we’re so used to finding fault in our government and the systems in place, it’s refreshing to know that things are still done right where we least expect them to be.

And by “right” I mean that the public library, in one way or another, serves the following functions as mandated by law:

Yes, by law, because we actually have a national legislation that provides for the establishment of congressional, city, and municipal libraries, and barangay reading centers based on the development program of the National Library.

I’ve only known about the 1994 law earlier this year, when I wrote about one initiative to build 200 libraries all over the country by 2020.

Today, ten years after the law was enacted, Quintin Pastrana of the Library Renewal Partnership says there’s only around 500 existing libraries in the country – only a third of more than 1,500 cities and municipalities in the Philippines.

What does that say about us? 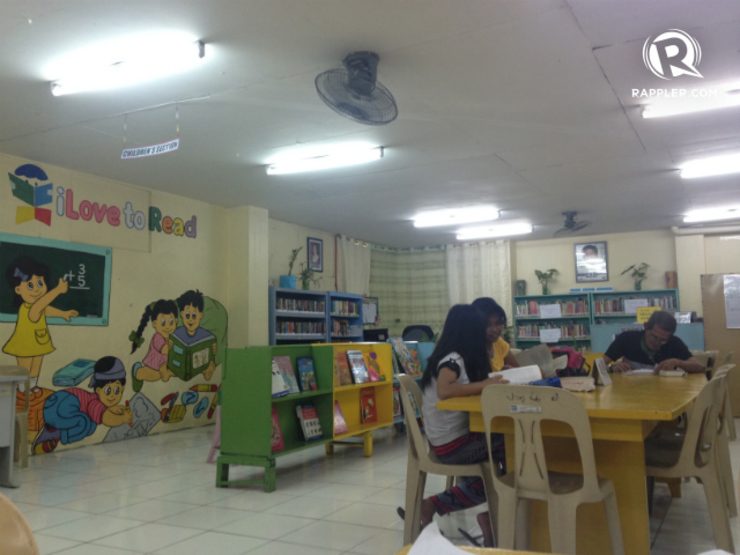 I still go to my university library at least once a month for work-related research, because the Internet can only do so much. It’s easily one of my favorite places in the Ateneo, so I still keep coming back even after graduation.

How many people can say a library is their favorite place? Very few, I surmise. Some say the silence is too much, while others think it’s only a place for the kids who get straight As.

The library has got to be one of the safest places on earth, because really, what harm can knowledge do? The library teaches the young to start learning, and the old to never stop.

It is brimming with life as immortalized in books, and it celebrates one of the simplest joys in life: reading.

Is there a public library near you? If there’s none, maybe it’s high time we do something about that. – Rappler.com