Oct 17, 2014 10:40 AM PHT
Pia Ranada
Facebook Twitter Copy URL
Copied
The more prosperous cities there are, the more distributed the wealth and opportunities around the country 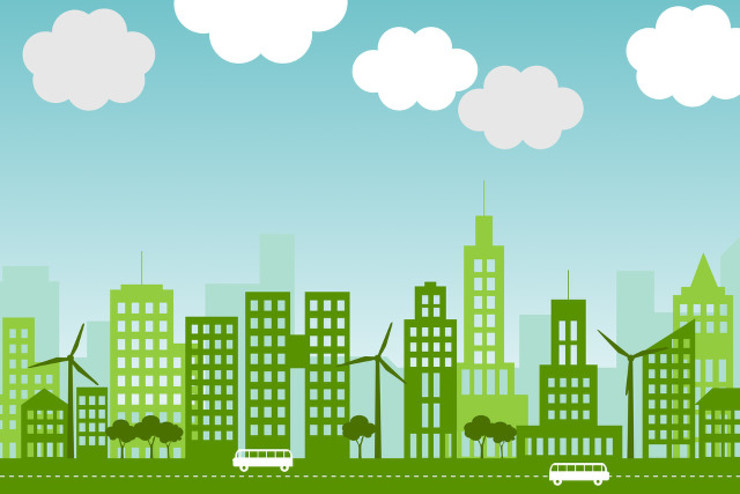 MANILA, Philippines – The Philippines doesn’t need just one great city – it needs around 20 to 25.

This is what National Competitiveness Council Private Sector Co-chairman Guillermo Luz told me after the awarding ceremony for the 2014 Liveable Cities Design Challenge on Wednesday, October 15.

For the country’s economic growth to keep pace with its population growth, already at 100 million, more great cities will be needed to spread wealth and opportunities, he said.

Twenty to 25 great Philippine cities. Hmmm. I can’t even think of one city that would fit the bill.

What city can stand side by side with the other iconic cities of the world like Paris, Berlin,  New York, Singapore, Amsterdam and Tokyo?

Manila, indeed even the much larger Metro Manila, I’m sorry to say, is still off the mark: Floods from the slightest rainfall, unending traffic, dirty rivers, conflicting traffic rules, billboards that scream at your face at every turn.

Urban hubs like Cebu City and Davao City are quickly developing and may soon give Metro Manila a run for its money.

But if Metro Manila, as the location of the capital, is the best it can get here, then that’s just plain depressing.

If Metro Manila, my home since I was born, continues in this vein, I am seriously considering moving to another city.

So what makes a great city?

I quite liked Luz’ definition: a city that’s fun, safe, vibrant to live in, visit, invest in, and relocate to.

In short, a great city is a livable city.

Based on the competition’s criteria, it would seem that a livable city is one that:

LGUs should take the lead

Parks and civic centers where citizens can assemble and socialize are central to the plans. Tourism infrastructure have their rightful place in the city as both personality-giving elements and economic drivers.

There was a balance between the need to create sources of income for the city, in the form of commercial space for vendors, and the need for public space that could benefit of everyone, not just to those who could pay.

Even more hopeful is that these progressive plans came with the blessing of the local government units. In most cases, the mayors themselves led the team in formulating the plans.

It was a collaborative effort with the mayor bringing in their staff, like city planning officers and engineers. Academe brought in other experts and the organizers flew in architect “mentors” to guide the entire team.

Luz said that out of the 7 finalist cities, the presentation of 6 cities were given by their own mayors.

It was obvious to the judges that these cities really thought out their plans. Cagayan de Oro city for example, winner in the Evacuation Center category, knew from the start that their biggest challenges were lack of classrooms and flooding.

Thus, the highlight of their proposal was a 200-classroom building that could be used as an evacuation center at the same time.

The premise of the entire competition is that planning is the foundation of liveable cities.

“We want to start a trend on better planning. What’s happening now is, with so much growth, the growth is outpacing the planning, the infrastructure. Today, we said it’s the opposite. Let’s plan for growth. You will get growth if you plan,” said Luz.

True enough, he said that after the cities presented their plans, some were already approached by private investors interested in public-private partnerships or joint ventures.

It’s the exact opposite of the depressing stories of how other cities have “grown” – stories that have become as ubiquitous as urban legends.

We’ve heard of local governments conforming to whatever the private developer wants without considering the project’s impact on other aspects of the city.

We’ve heard of roads and bridges leading nowhere, rivers abandoned to a state of filth, cities full of malls but without a single park.

Which brings us back to the headache that is Metro Manila.

With 17 local government units handled by their own mayors and a Metropolitan Manila Development Authority that only “coordinates,” is there hope for a well-planned mega city?

One thing is for sure, if we can’t fix Metro Manila, maybe we can learn from it.

Already, Cebu, through its Mega Cebu Business Development Council, is seeing how its metropolitan area can grow without making the same mistakes as Metro Manila.

There is also a growing campaign for sustainable city planning such as the Cebu Green Loop Plan and the Movement for a Livable Cebu.

A great city is not only the work of an aggressive LGU or innovative private companies. It’s the work of everyone with a stake in it.

If you live in a certain city, plan to retire in that city, hope to raise your children in that city, then a well-planned city is in your best interest.

What have you done to help make your city liveable? – Rappler.com