May 31, 2015 1:00 PM PHT
Matthew Ang
Facebook Twitter Copy URL
Copied
What role will robotic technology play in the development of our species? 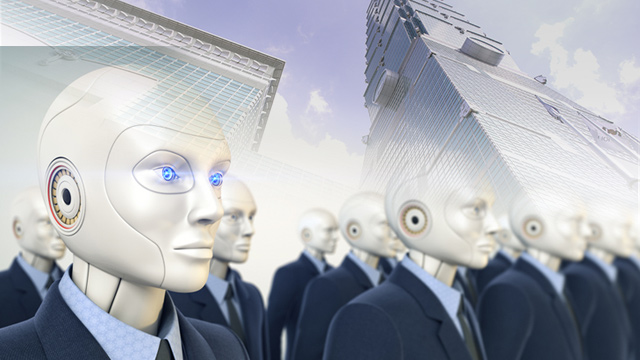 Robots are everywhere. New innovations, inventions and gadgets are developed every day with robotic features that can be found in our homes and in the workplace. In this blog entry, I outline 7 things that they are doing better than people on a day to day basis, and I will discuss its implications to the average Filipino in the workforce, and to Filipinos as global citizens.

The 7 “habits” are just some of a myriad of other activities that robots can do better than humans can, that is currently present in homes and especially at workspaces. These are:

It is for a fact proven that machines, robots, and computers of any sort can do things much faster than humans can. CNC Machines can produce parts at a fraction of a time humans can, while computers can calculate way quicker than even the savants themselves.

Accuracy is defined as how “correct” an actual output is compared to the standard. This generally pertains to quality of the work being done. An example of which would be how many rejects a robot produces against that of a person.

Precision is basically how exact or within range a task is carried out. While the best and most skilled human beings can be precise, they struggle to be so over long stretches of time. Robots can be designed to be precise at a quicker pace.

While even the most tireless worker has his limits during the course of a days work, he eventually succumbs to fatigue and sickness. Robots, on the other hand, do not. Well designed and programmed robots can be into the task at hand 24/7, so long as power is constantly fed to it. This gives a robot a tremendous edge over a human worker as it doesn’t even complain!

Sensors on robot provide them with input data that allow them to get knowledge of the environment around them. Visions systems like cameras are actually sensors that detect light, shapes, and color that try to mimic our eyesight. There are also other sensors that can process hearing, touch and movement that are more powerful than our own senses. A very simple yet concise example would be where a robot can grasp and catch flying objects on the go at a fraction of a second!

We humans have evolved due to one factor that our ape-like bothers never had: the indexable thumb. Through this, we were given the means to grasp and reach for things that eventually led us to develop tools which were the building blocks of the technology we see today. This ability to grasp and reach at different directions is what we call “degrees of freedom”. The human arm consists of 7 degrees of freedom, while a robotic arm can possess more depending on its design. Therefore, a robot or machine has the flexibility of design and size to reach certain areas or items that the human arm may not be able to.

With newer materials being invented, robots will definitely become more durable than they are now. They will be more wear resistant (strong) and impact resistant (tough) that enables them to function even in extreme conditions that are otherwise unbearable to human beings. This enables robots to carry out tasks efficiently and thus preventing failure, and more importantly, the loss of life.

It is interesting to note however, that in the meantime, robotic activity in the workplace is often kept separate from that of humans. Either the robot does the job on its own (automation), or the human does it themselves with the use of tools (manual labor). There has to be an avenue wherein humans and robots can work together in the same environment harnessing the strengths of both. That means the need to create more creative and cognitive machines that are also safe. 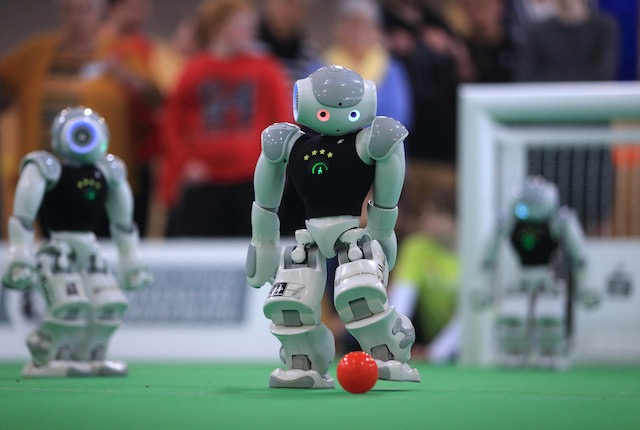 Inevitably though, the time will come when robotic functions will not just match what humans can do, but greatly surpass the physical and mental limits of our capabilities. As such, the question that begs to be asked is: what role will robotic technology play in the development of our species?

An improvement in automation, apart from resulting in more convenience, begets the outworking of human beings on a level of productivity, and eventually, creativity. Robots and machines will be designed to accomplish tasks that would be otherwise mundane to most people. In fact, many of our day-to-day tasks will be accomplished with ease by a with a “one push of a button” better version of ourselves.

How can we react to this?

On a practical level, people will have to invest in upgrading their skill sets relating to how well they can operate and understand technology. The payoff here would be better human-machine interaction, and an improvement in productivity and efficiency for people who operate them well.

An example would be in the medical field of surgery. With more and more intricate and capable machines entering the market each year, surgeons will one day be measured not on how well they can cut people open, but rather on how well they can operate the technology used for the procedures. Also, governments must make an effort in improving policies relating to education and learning so that people will be more prepared to handle higher-level jobs and careers. Sooner than later, the rise in automated and intelligent computing will render manual labor obsolete, and with that comes the demand for people equipped with analytical and technical skills.

On a positive note, robots taking over most of our tasks at hand can be a good thing as the biggest impact of this shift will be on our human spirit. With robots and intelligent machines automating and speeding up the tasks that befall our everyday lives, we will have more time in our hands to think hard on the bigger things that lie in front of us. We will have the time to ponder on the ethics and practices that surround society, and even our very place in the infinite universe – our ultimate purpose – which no machine or robot may ever have the answer to. – Rappler.com