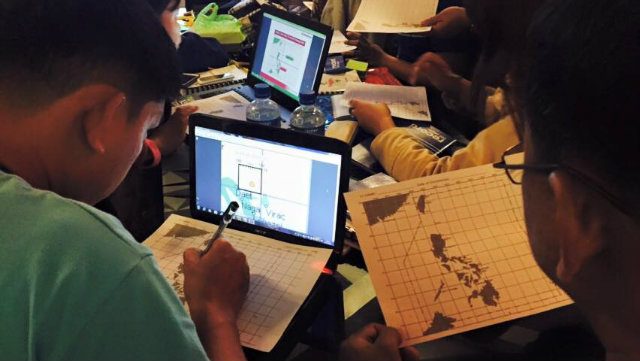 Facebook Twitter Copy URL
Copied
While laws have been placed and are awaiting full implementation, I also believe that taking climate change and disasters seriously is a leadership issue

Different municipalities and cities have varying degrees of, to use development work jargon, “adaptive capacity in actual operationalization of actual disaster management and climate adaptation work.”

Take the case of Davao City, which has its robust emergency response operations center with state-of-the-art equipment designed to manage disasters effectively. Yet there are towns which, up to now, do not have disaster management and climate adaptation plans.

Furthermore, the perennial problem of the proper use of local disaster funds that will veer away from response operations (e.g. life vests, radios, boats) to preparedness mechanisms have always been raised. (READ: How do you use local disaster funds?)

In a recent forum organized by a civil society organization, a local government official even admitted she does not know the People’s Survival Fund Act. Indeed, there is more to be done in terms of mainstreaming disaster risk reduction and climate change adaptation work down to the municipal or even at the barangay level. (READ: LGUs frustrated over delayed use of People’s Survival Fund)

While laws have been placed and are awaiting full implementation, I also believe that taking climate change and disasters seriously is a leadership issue. After all, as we have seen in huge disasters like Super Typhoon Yolanda (Haiyan) in 2013, clear mandate in leadership and responsibility will make the difference. (READ: Haiyan crisis: No ground commander)

2016 and a resilient Philippines

The next president will start his or her term with many challenges facing the country.  Prolonged El Niño, which may cause stronger typhoons and will affect food security, is predicted to last until next year. (READ: El Nino may start June, says PAGASA)

As the world’s 3rd most climate-vulnerable country according to the 2013 World Risk Index, we should really take our elections seriously and elect leaders who will take into heart the impact of climate change and disasters. The next president must remember that refusal to act on these nagging issues will have an imminent impact on the country. First, full implementation of the People’s Survival Fund must be ensured. The law, which provides funding for the Climate Change Act of 2009 and guarantees resources to the local climate adaptation plans of local government units, will benefit the most vulnerable areas in the country.

The ongoing sunset review of the 5-year old law – Republic Act 10121 or the Philippine Disaster Risk Reduction and Management Act of 2010 – is a critical moment to review DRR policy and pratices from the national level down to the local level. Recommendations from all stakeholders must be included and a rights-based approach track should be followed as the Congress amends the law. (READ: RA 10121: The PH’s disaster management law is up for review)

In light of the looming energy crisis and the power outages being experienced in some areas in Mindanao, the next President must ensure a low-carbon sustainable development for the years to come, with an emphasis on renewable energy.

They say politics is local. I would say that climate change is also local and personal. It affects everyone. It is felt in our communities. Thus, there is a need to build and strengthen national and local institutions led by competent leaders who will beat the odds and surmount the inevitable impacts of climate change – both immediate and long-term.

We have not been lacking in leaders that take climate change seriously. In Albay, long before the establishment of disaster risk reduction and management offices at the provincial and national level, Governor Joey Salceda has pioneered Albay Public Safety and Emergency Management Office (APSEMO) through the support of international organizations like Oxfam and Christian Aid.

In Hinatuan, Surigao del Sur, a 3-time Gawag Kalasag Awardee, Mayor Candelario Viola Jr has been a champion of disaster risk reduction and management. He implements a disaster management and climate adaptation plan that ensures resilient livelihoods for his constituents to weather any storm.

The 2016 elections paves the way for a path toward a more resilient Philippines. As we talk about topics like the personalities who are running, party-switching, and mudslinging between rival candidates in the months to come, let us not lose sight of the more urgent and long-term issues like climate change, disasters, and how these issues affect food security, peace and order, and good governance.

As we approach the 2016 elections, let us bring these issues to the agenda. Let us remind our national and local candidates to present clear plans about these urgent issues. – Rappler.com