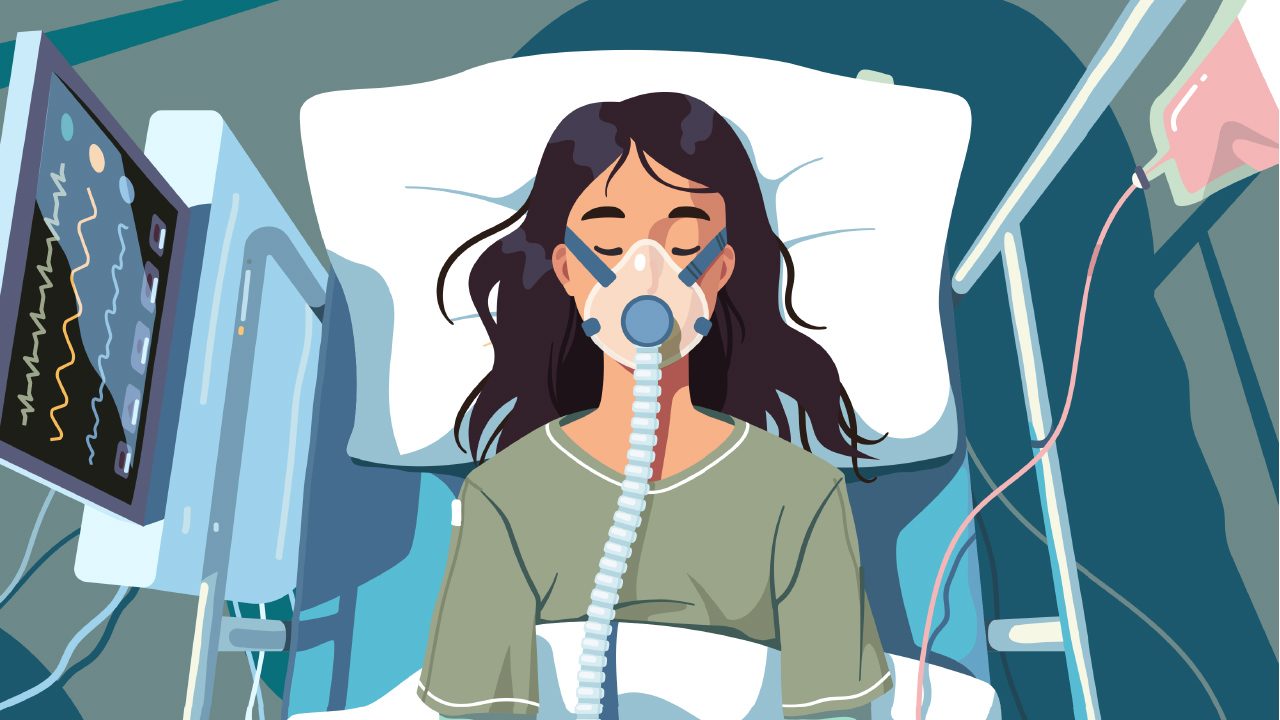 Facebook Twitter Copy URL
Copied
‘I would rather hope for now. We worry about it later. After all, it is Christmas time, and I am still around.’

My 20-year-old daughter Guia made another trip to the hospital for laboratory tests and a scheduled follow-up check-up with her doctors five days before Christmas Day.

“Magpapasko na pala, Tay. Sana gumaling na ako para maging masaya tayo (It’s almost Christmas, Dad. I hope I get well so we will be happy on Christmas),” she said.

I felt guilty for not giving her the kind of attention that I should have given her when she had asked that I bring her to the doctor because she was not feeling well. That was weeks before she was first admitted to a hospital in General Santos City.

Since September, Guia has been in and out of the hospital for what doctors initially diagnosed as severe pneumonia.

The last time she was admitted was at the end of October. It was a grueling 12 days in the intensive care unit of a hospital where I had to rush her just before midnight on October 25. Forty-eight hours earlier, she was discharged from the same hospital.

That night changed everything for Guia and our family. The promise of a full life and a bright future was engulfed in darkness.

At the emergency room, Guia’s condition was intensively monitored. It took time for the hospital staff to move her to the ICU because her blood pressure was too low, and, at times, nurses couldn’t hear any pulse.

It was also an ordeal for me – a father helplessly staring at his daughter gasping for breath despite her being on oxygen up to the wee hours.

There was silence but I sensed the tension and saw how the medical staff battled to keep her heart rate normal and revive her dropping blood oxygen level and faltering pulse rate.

At times, Guia’s screams punctuated the stillness of the night. It was painful to hear her say, “Tay, hindi ako makahinga (Dad, I can’t breathe)!”

My daughter was initially diagnosed to be suffering from septic shock or severe blood infection.

About mid-morning the next day, the staff saw an opening – a bit of improvement in her blood pressure, and they rushed her to the ICU. That was after she tested negative for COVID-19.

Still sleepless, confused, and not having eaten anything since the night before, I pleaded to the staff to do anything to keep her alive after they asked me for my consent on the procedures they needed to perform.

I was told Guia had to be connected to a ventilator so that her lungs could relax and not collapse.

With the ventilator tube, Guia could not talk. I bought her a small whiteboard and a marking pen so we could communicate. We called it the “Marites board” on which she wrote everything she wanted to say to me, the nurses, and the doctors.

She went through more tests that showed she had an auto-immune disease, and doctors diagnosed her with systemic lupus erythematosus (SLE), the most common type of lupus.

With this kind of disease, the body gets attacked by friendly fire. When an infection occurs, the immune system attacks its tissues, causing widespread inflammation and tissue damage in the affected organs, like the joints, skin, brain, lungs, kidneys, and blood vessels.

I quivered at the thought that it was almost the same time in 2016 when we rushed Guia’s mother Gemma to a hospital. She never returned home alive due to cancer.

Guia’s doctors explained that while there is no cure for lupus, there are medical interventions and lifestyle changes that can be done to manage the disease.

“It can be managed. Many have grown old despite having the disease,” Dr. Emilia Juele Javier assured me.

Guia started looking up on the net about the disease and found out it was a “common ailment.” But most of the things she and I learned about SLE were not quite reassuring.

It’s been weeks since Guia was discharged from the hospital, and she has yet to regain her voice and strength. Her wobbly legs prevent her from climbing stairs, and she can only walk short distances.

The weeks of being in the hospital forced the dean’s lister to take a leave from school, and her promising online beverage business stopped. Without her voice, she couldn’t continue as the vocalist of Arya, a band from the Mindanao State University (MSU) in General Santos.

She used to write content and articles for online clients. She has not written any of that for weeks now.

Fear and uncertainty linger in the family. Exactly how she and the family will confront the challenges of the disease in the coming days, months, and years, remains blurry.

Since her days at the ICU, Guia has been afraid of being left alone, forcing me to be at her side almost 24 hours daily.

Like me, I can sense Guia feeling scared and confused about how we will be facing the challenges that are to come. She said it is disturbing to think that her ailment would turn into something disastrous.

Having incurable lupus is already scary by itself, not to mention the thought that the medication for the disease is daunting and costly.

But Guia has been keeping her spirits up by thinking about all the people who have been praying, caring, and helping her. She said the prayers that all will be well for her and those who work at the hospital, and the moral and financial support she got gave her a second lease on life. That is more than enough reason for her to be hopeful.

That arduous night of October 25 was something not one of us have thought about.

“I would rather hope for now. We worry about it later. After all, it is Christmas time, and I am still around,” she told us. – Rappler.com

Rommel Rebollido is a veteran journalist based in the Soccsksargen region. He regularly contributes stories for Rappler.