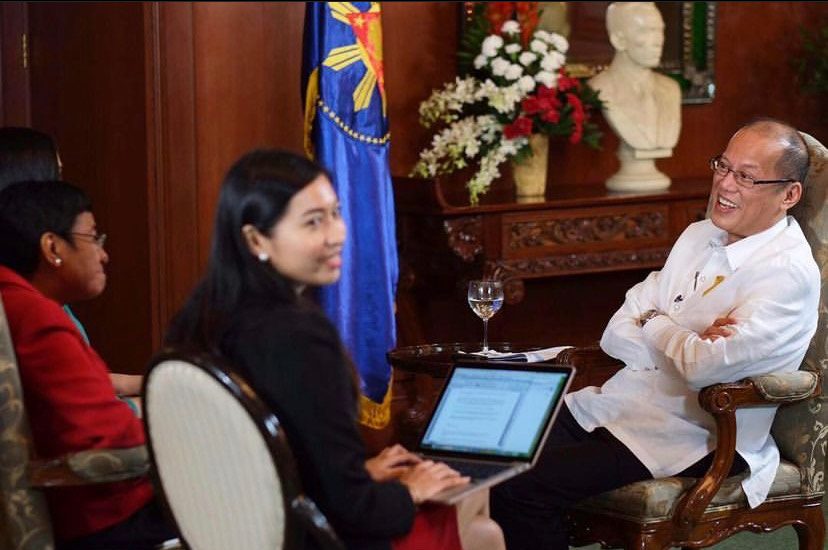 Facebook Twitter Copy URL
Copied
(2nd UPDATE) It was difficult to have this kind of access to a former president and not write about his health condition. I would just alert and update my editors. He was a very private person and I know he shared private details with me because he knew I would keep them in confidence.

“Camille, I’m not in good shape. Naglalabasan (They are discovering) other problems. Now, I have loss of appetite and breathing difficulties.”

Former president Benigno Aquino III sent this message to me more than a month ago, on May 14 – the closest indication of how serious his health situation was.

I knew he had health problems as early as November 2019, but it was only just before Christmas last year when he told me over the phone that he had to undergo dialysis due to diabetes, a risky heart surgery (which happened in May), and a possible kidney transplant. True to Noynoy fashion, he said all this with no drama; just facts.

Yet, his May 14 message still came as a shock to me. He was stoic and matter-of-fact about it – about losing weight, losing appetite, losing energy.

When my father was diagnosed with colon cancer in December 2020, Aquino was never short on words of encouragement – that my dad was diagnosed earlier than his mother, former president Corazon Aquino, so he had a better prognosis. He recommended some doctors and I candidly told him, “Sir naman, we cannot afford your doctors.”

I have been checking up on him in the past months. On June 15 – days before his death – he replied, “Even your Dad would be hard-pressed to give nearly daily updates to you.”

(Editor’s Note: In an earlier version of this story, the date of the text message was mistakenly reported as June 22. It has been corrected to June 15.)

PNoy off the record

In mid-2015, Rappler assigned me to cover Malacañang and the last year of Aquino’s presidency. It started off on the wrong foot, so to speak. I clearly remember one time I was set to ask him a question in a press conference and I was suddenly barred from doing so. Until now, I don’t know whose call that was. But it’s common knowledge that he generally had an aversion to media, especially certain outlets, and he was not the type to hide it.

In fact, he criticized TV Patrol anchor and former vice president Noli de Castro in a speech during the 25th anniversary of the news program in 2012.

It was when he left office in 2016, and with the pressures of the job gone, that I started to have unregulated access to him.

He would randomly call and tell me stories about his insights on everything and anything under the sun. It would last for two hours. I would sometimes put him on loudspeaker so I could go on with my tasks and chores. People close to him know he sure loved to talk. One time in 2018, we spent 30 minutes of a two-hour phone call just talking about the importation, tastes, and prices of onion and garlic, and how he hated okra. There were times I had the energy to counter his viewpoints but other times, I had no chance to talk at all.

He would also frequently suggest Netflix shows. One time he got hooked on the documentary about plots to assassinate Hitler. In turn, I told him to watch Designated Survivor (a hit at the time) but he said, “Ayoko ‘yan. Kakababa ko lang sa pwesto, bakit naman gusto kong balikan ‘yung pinagdaanan ko.” (I don’t want that. I just stepped down from office, why would I want to relive what I went through?)

In 2018, I excitedly asked him if he had watched the film Crazy Rich Asians – a major boo-boo on my part as I forgot he and sister Kris were not on good terms. He just said point-blank, “Have no plans of watching it.” Ooopsie, my bad.

On the same day he left Malacañang in June 2016, some reporters and I went with him to his residence at Times to cover his first day as a civilian. I remembered Nikko Dizon (formerly of Philippine Daily Inquirer) and I were having a hard time submitting our stories to our editors because Aquino’s newly renovated house didn’t have any internet connection. We told him, “Sir, next agenda ‘nyo naman palagyan ng Wi-Fi ang bahay ‘nyo (is to install a Wi-Fi connection).” He was just game and took it in stride.

Other times I would ask him about his thoughts on his personality and why he seemed so devoid of emotion. He said he grew up thinking emotions get in the way of solutions. Whenever I felt that he was in a good mood, I would take the chance to ask him about controversial things he did as president and the backstories of politicians and Cabinet secretaries.

Speaking of CabSecs, he loved to joke about his good friend Rene Almendras, his former Cabinet secretary and foreign secretary. He also despised one of his former secretaries. (READ: The President’s men, 6 years after)

His uncensored comments on politics were also so good and sometimes funny (well, in his usual dry humor) that they could not be published. Lately, though, I avoided talking about such issues at all as I felt it really stressed him out.

I asked for his reaction when former Senate president Juan Ponce Enrile attacked him in a joint televised briefing with President Rodrigo Duterte. Aquino said he had not watched it yet. How true, I would not know.

In 2020, at the height of the pandemic, I asked him how he would spend his Christmas, and he said alone (although with staff). “First Christmas in a long while without family” due to the pandemic. That struck me, because his sisters were all he had. He said he just asked his staff to tell him what they wanted to eat for Noche Buena.

Even when he was already sick, he still would call, though these would come few and far between.

It was difficult to have this kind of access to a former president and not write about his health condition. I would just alert and update my editors. He was a very private person and I know he shared private details with me because he knew I would keep them in confidence. And this was how it was between us even before.

I think our last phone conversation was in December, when he shared his thoughts on vaccines, the global supply, and the possible choke points. (Yup, you never know what you’re going to end up talking about in conversations with him.) It lasted for an hour and I jokingly told him, “Sir, bakit ‘di na lang kaya kayo mag op-ed (Sir, why don’t you just write an op-ed piece)?” Since then, it was mostly via text messages. I repeatedly persuaded him to try Zoom but he would just end up not replying. In short, I was seenzoned – a clear sign: girl, just stop pushing it.

For him, even in sickness, there were things that were non-negotiable: smoking and Coke Classic – though I could imagine him saying, “Camille, but on most days none.” He said he would still smoke one or two cigarettes but that was it. He said the first 24 hours were the hardest.

In May, when he was hospitalized, he just casually mentioned that doctors were uncovering more illnesses and that he had zero appetite. He said his sisters sent him ice cream, as suggested by doctors. I sent some, too. He said visitors were not allowed and that the only people with him were a nurse and Aji, the Presidential Security Group detail assigned to him.

This is the Aquino I will always remember: kind, decent, honest, and hardheaded. I got to talk to him about his ideas, movies, TV shows, books, politics, dogs, and – of all things – vegetables. I got to know his strengths, as well as his weaknesses and vulnerabilities.

It was a rare opportunity to get to know him this way, at this point of his life. And looking back, when he sent me that message that he was in bad shape, it was his way of saying goodbye. Rest easy, Sir. – Rappler.com