Will vocal Duterte supporters read this article from start to finish?

I hate to say it, but I don't think many of them will. It doesn't matter if it's a straight-up news report, or an in-depth interview, or an opinion piece. More often than not, if you check the comments section of the written work in question, there will be several dozens, if not hundreds, of commenters finding something horrendously, stupifyingly, mind-meltingly offensive about what's written there and cry foul at best, or call for blood at worst. Bias (sic)! Bayaran! Yellowtard! Babarilin kita! Papatayin kita!

The whole spectrum of rage snaps back and forth through the comments section like a spiked whip, and you can't help but wonder if the effort to communicate rational thought is even worth the trouble anymore.

And yes, not all Duterte supporters are as quick to launch into histrionics over non-issues and standard journalistic practices such as not appending "President" to "Duterte" in every single news title ("Shame! You must always prefix 'President'! You are spitting in his face with your omissions!") when the lack of it is purely a space issue, means absolutely nothing, and has been de rigeur forever; or disclosing his presidential home as Bahay Pangarap ("Shame! You are putting his life in danger on purpose! Now killers know where he lives!") when it was Duterte's own staff that provided the information free for dissemination.

Some Duterte supporters also cringe at these convulsions. Some do acknowledge the problem and even appeal to their brethren to end this brand of North Korean toxicity, even for articles that are unabashedly critical of the president. These people exist; they understand the value of free and diverse speech; and bless each and every one of their hearts.

But the fact remains that an undeniable chunk of Duterte supporters online appear to have an insatiable thirst to transform even the most benign mentions of Duterte into an outright threat to discredit him, or blow him into smithereens. The Thought Police are real, and they are here, and they could be the person right next to you. Or they are you. (Hopefully, if you are the latter and you've made it to this paragraph without all-capsing the comments section just yet, thank you; you have just flooded me with the purest, clearest hope.)

Regardless of the frustration, however, it is easy to see where all this instantaneous fury is coming from, and this has, in fact, been brought up in many an article already. At the core of it is the reaction to years upon years upon years of disappointment with the government, and thus the need to overly protect the one man they believe can make a difference, even if it means gluing themselves to their laptop and typing BIAS ULOL PWE well on into the night.

But is this reason enough to justify being a close-minded potty mouth? Absolutely not. Because if we really, truly seek the change everyone is harping on and on about, the very least anyone can do is read an article from start to finish without going into epileptic shock.

"Change" is, in its very definition, "the act or instance of making or becoming different." If you can't even handle reading something that is different from what you believe, how are you supposed to convince anyone that it is change that you truly want? You're supposed to want to see options and alternatives and assess them, not set a flamethrower to them should they come anywhere near you.

If you are one of those vocal Duterte supporters this piece is referring to, and you have actually read up to this point without punching a wall, you certainly have my respect. Chances are that you vehemently do not agree with me, and have an entire arsenal of comebacks lying in wait the second you read my last word.

That is fine (unless it involves threatening to rape or kill me, in which case we have a problem). But understand how important it was that you actually went out of your way to try to listen to somebody else's point of view patiently first. It may not seem like much, but it can make a world of difference. It's that brief blip between flying into a rage and giving a point some thought that can either move something backward or forward.

And to the supporters who do already make it a habit to be patient and read things all the way through, could you do humanity a solid and try to encourage those who don't to follow your lead? You have the rare opportunity to reason with them given that you share common ground, having put your faith in the same man (and, presumably, in the premise that it is under this man that Filipinos will actually dust themselves off and get their shit together).

If we want this country to take even the tiniest step out of the dank, sludgy ditch it has sunk itself into in the past few decades, it has to be done by everyone. Together. No matter who they voted for. And if we can't even read a single Internet article without hurling a deathwish at someone, I honestly have no idea how we're ever going to pull any of this off.

Now on to the comments. – Rappler.com 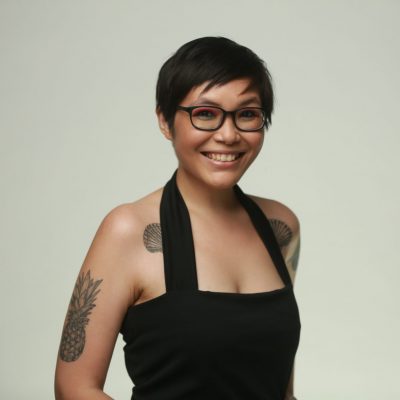