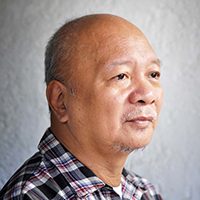 Facebook Twitter Copy URL
Copied
In emerging democracies, the street represents a passing era. The 'parliament of the social media' is the new venue of what could be considered an ongoing social and political revolution.

What have been unnoticed in the gruelling political dynamics of the 2016 presidential polls are the unexpected emergence of specific pressure groups formed to conduct organized negative campaigns against certain presidential contenders and the growing use of social media in the political discussions.

These two factors would define the character of the 2016 presidential elections.

Facebook, Twitter, Instagram – these are the commonly used social networking sites, which have assumed the first line of communications platforms in the political run-up to the 2016 presidential elections. Filipino netizens use them for a variety of reasons: establish connections with people in other parts of the country and the world; reconnect with old friends and lost relatives; interact freely without fear, malice, or retribution; create virtual friendships or networks among netizens; convey information, including news; and express views and opinions.

Social media is the latest platform to convey messages, express opinions, and establish connections and re-connections. The social networking sites have reshaped social interaction. They have become the source of information. Before, social interaction is defined by distance and intensity of emotions. Now, friendship has become virtual as a result of these sites.

Social media competes with traditional media like print (newspapers and magazines) and broadcast (radio and television). Facebook, Twitter, and Instagram have attracted millions of Filipinos to use them in daily social intercourse. Netizens are hooked to and have become dependent on these networking sites.

It has become inconceivable for a Filipino not to have an account in any of these major social networking sites.

Stop Binay!, Jail Binay Movement, Netizens Against Binay, No to Binay, Ikulong si Binay – these are just some social media-based organizations that have mushroomed almost overnight to stage organized negative campaign against the presidential candidacy of Vice President Jejomar Binay in 2016. They are composed mostly of netizens, but they appear committed to work for Binay’s total rejection at the polls.

Organized negative campaigns could spell the difference because they are usually focused to pursue objectives and even funded to go all out.

When unchecked, negative campaign led by certain organizations could alter the political equation and become the determining factor of political loss or victory of certain candidates.

Political campaign in the prewar period was simple.

Print media dominated the scene. Candidates relied on newspapers, magazines, and books to explain their programs of government, distributed leaflets and folios, and held political meetings to express their messages and explain their objectives. Radio was then a nascent technology. Television was non-existent.

The 1969 presidential elections saw the extensive use of television in the political campaign. The camp of President Ferdinand Marcos, who was running for reelection, used it to the hilt to defeat rival then Senator Sergio Osmena Jr. Since then, the use of 3 media – or the trimedia of print, radio, and television – has been described as ultimately necessary to ensure victory in every political exercise.

The martial law era saw the continued use of traditional media in the Marcos-controlled political exercise. They were all intended to prop up the Marcos dictatorial regime. The 1986 “snap” presidential polls also relied heavily on traditional media, although wireless phones were used on limited occasions.

The 2001 Second EDSA People Power Revolution saw the massive use of cell phones, where many citizens, through text messaging, rallied the people to bring down the Joseph Estrada government. At that time, the country was having a revolution in wireless telephony, as millions of Filipinos started to acquire their cell phone units and gained access to the Internet information highway.

The full use of the wireless telephony and the Internet became pronounced in the 2004 presidential elections that saw Gloria Macapagal-Arroyo staging a questionable victory over popular movie actor Fernando Poe Jr. Social media was a nascent development during those days but it was hardly used.

Social media was experimented on in the 2007 midterm elections, when the camp of detained Antonio Trillanes IV used Friendster to complement their email messages to netizens and urge them to vote for the detained navy officer. It proved to be effective as Trillanes won despite campaigning from his cell in Fort Bonifacio. Trillanes was the first senatorial candidate to have won in an election without going public.

Facebook has emerged as the site of choice in 2010, replacing Friendster, but its effectiveness was not exactly decisive as few Filipinos had FB accounts during those days. Times have changed nowadays, as more than 50 million or half of the country’s population of 100 million have FB accounts. An increasing number of Filipinos have Twitter and Instagram accounts.

Hence, social media is a now strategic area to stage a political campaign.

The adoption of a multiparty system under the 1987 Constitution has changed the political environment. The multiparty system has led to the dispersal of national focus on many issues of national concern. Hence, organized negative campaigning has become a matter of course, an alternative of choice.

Political entities of varying persuasions have to form groups and organizations to pursue negative campaigns against specific politicians and political groups. When they operate as groups, their negative campaigns reach the optimal level as they could maximize the use of their resources, time and efforts on specific individual.

Hence, the “parliament of the social media” is the new venue of what could be considered an ongoing social and political revolution.

In the battle for sound bites (or “teledemocracy” as political theorists aptly call it), the street is now perceived as a poor arena. It is suited for Arab nations, where the information superhighway, or Internet, has yet to take a deeper root.

In emerging democracies, or a restored democracy like the Philippines, the street represents a passing era, or one of the several stages in the political dynamics of strengthening democratic institutions and processes.

Nontraditional media, particularly social media, is now the better venue than the streets. Issues are better discussed and debated in major social networking sites. Public resolve is developed on the pages of Facebook, Twitter, Instagram, among others.

Moreover, signature campaigns are pursued better on social media than in the streets. Social media – not the streets – is fast becoming the main venue for conflict resolution.

At the early stages of the political run-up to the 2016 presidential elections, several groups have come out to stage organized negative campaign against the Binay political dynasty. Citizens’ movements like No to Binay, Stop Binay!, Netizens against Binay, Bitayin si Binay Movement, among others, have sprouted like mushrooms, asking the people to reject Binay as the next president. While they do not necessarily favor certain candidates, they appear united and obsessed to bring the vice president down to his knees.

They have launched low-key demonstrations in Makati City and other cities, but they have kept on bringing the message that Binay personifies corruption and a Binay presidency will be a corrupt presidency. But those citizens’ movements are composed mainly of netizens, who have been using social media to disseminate anti-Binay sentiments.

Their social media campaigns have been successful, as more netizens have expressed their rejection of Binay. For his part, Binay’s reaction was childish and ridiculous. He branded those netizens as “paid hacks.”

A lot of things will happen before the 2016 presidential elections. At this point, social media has become incredibly active in the political discussions. Likewise, organized groups have been mushrooming to stop the presidential aspirations of the Vice President.

These things have not happened before. They are unprecedented, to say the least. – Rappler.com