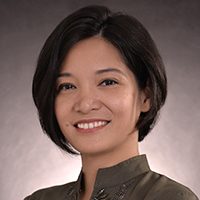 Facebook Twitter Copy URL
Copied
The clearest way out of the dynastic trap is not simply to educate voters, but to implement the constitutional prohibition against political dynasties

These last couple months I have had a chance to talk with many poor Filipinos in rural and poor areas in some of the poorest provinces in the country. In almost all these towns the local governments are dominated by deeply entrenched dynastic families. Residents believe that unless there is radical change in politics, local conditions will not improve.

Let us take Northern Samar as an example, where half of the residents are poor according to 2012 official government estimates. Its governor is Jose Ong Jr, whose brother Emil Ong is Representative for District 2. The mayor of Laoang Municipality is Madeleine Ong, married to Hector Ong, who used to be the mayor and also a brother of the Governor. Their son Harris Ongchuan is a councilor. The Ongs are an example of what Dr Ron Mendoza of the AIM Policy Center calls a “fat dynasty”, a clan that occupies several elected positions in an area at the same time.

The country’s provinces are dominated by these “fat dynasties”. Lawyer Christian Monsod, in a recent television appearance, called this governance situation a “monopoly of power”.

Why do Filipino voters replicate these monopolies of power across the country?

Voters have had no choice: Dynast versus dynast

Research by the AIM Policy Center reveals a bleak picture of just how little choice our citizens have. When a province’s politics devolves into monopolies or duopolies of power, voters are often left choosing between two dynastic candidates.

In the 2013 elections there were 80 gubernatorial races. In 50% of those local elections the candidates for governor were all members of political dynasties, the race was dynast versus dynast. Another 11% of races were uncontested, only a political dynast was running. A shocking 61% of governorships in the country were locked in a dynastic trap. Voters had no choice. In Northern Samar’s 2013 gubernatorial election Jose Ong Jr was running against Paul Daza, the other political dynasty clan in the province.

The figures are only slightly better for the mayorship races, 27% of mayorship elections were dynast versus dynast, another 11% were uncontested for dynastic candidates. Thirty-eight (38%) percent of all the mayoral races were locked into a dynastic outcome.

It’s time for us to stop blaming voters for electing political dynasts into office. They have had no choice, they have been powerless. It is an unjust and unfair situation. The system has evolved into one that is rigged against the poor.

The clearest way out of the dynastic trap is not simply to educate voters, but to implement the constitutional prohibition against political dynasties. It’s time to give the poor some real options, and a way out of the bad governance that has characterized so much of local politics in the country. In many poor towns, the only source of regular employment is the local government. Citizens may be educated and willing to work, but there are no jobs because there is a small local economy. The only source of stable non-agricultural income is a government job, and these are controlled by the local leaders. The poor are trapped in this political system that forces them into patronage-based relationships.

If you live in a poor rural town and are in need of a job, the only way to get a regular paycheck (even if it’s a small one) is to work for the local government. And the only way to get these jobs is to be a “supporter” of the local politician. This is how poverty enables patronage. We often hear that when a new mayor is elected, employees in government offices change because s/he will only work with people who supported the campaign.

An elected official has the power to give constituents the only possible source of regular living wage in the area. The longer this person serves, the easier it is for him to demand loyalty from people in exchange for jobs and government programs.

It becomes important for the leaders to pursue programs that can be provided on a selective basis, to extract even more “utang na loob” from voting constituents, or projects they can paint their names on. To protect re-election, it makes more sense for a mayor to build a new health center or multipurpose hall, than to hire a doctor and some nurses for an existing health center.

If our local leaders make decisions this way then there is little hope of progress in sustained economic progress.

Local governments are at the forefront of poverty reduction, and a corps of local leaders made up of dynastic politicians is not going to help the country improve its citizens’ well-being.

An anti-dynasty law, if properly framed and implemented, can move this country forward in its goal of helping the poor out of the poverty trap. – Rappler.com

Clarissa C. David is a Professor at the UP College of Mass Communication and a fellow of Social Weather Stations Inc. She is also the 2015 Outstanding Young Scientist awardee for social science.