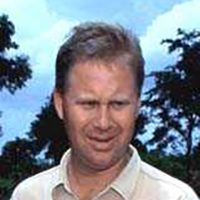 Facebook Twitter Copy URL
Copied
Despite the perceptions of many journalists, transparency laws are more about managing information than distributing it

When Mary Jane Veloso, the Filipino woman convicted of drug trafficking in Indonesia, was nearing her scheduled time to be executed I was asked to interview her family in the Philippines. I had the name of a town in the northern Philippines and no other information.

As I have done for decades of intermittent reporting in the Philippines, I proceeded to a small town to try to find people who have no street address. Officials of the town had heard of the case involving Ms. Veloso but they said they were sure she was not living in their municipality.

As has happened so many times over the years, one of the town’s senior officials decided to help me. We went to the election commission office, which has a national database of names and addresses. He found many people named Veloso, but one name included the middle name Fiesta, which was also carried by Mary Jane. In under an hour, I had found the location of her relatives.

The relatives lived in another town about two hours further north. I went there and the local village officials immediately pointed out the house of Mary Jane Veloso’s sister. At that house, the family welcomed me and spoke for several hours about the plight of their relative who was set to die in Indonesia.

One of the reasons I was able to obtain the information I needed so quickly is because the Philippines does not have a freedom of information law. Also called a sunshine law or transparency act, such laws generally mandate that all information generated or stored by a government agency is public information unless made confidential for a specific reason, such as personal privacy.

Under such laws, the custodians of public information are trained as to what can and cannot be released and how to process official information requests. In other words, they become information managers – something that would be alien to many of them now.

The practical result is that the information that is being casually gathered by journalists all over the Philippines today will abruptly halt when a freedom of information law is put in place. The information I gathered regarding the location of the Veloso family would not be allowed at any step of the process.

Once a Freedom of Information Act is in place, government officials should know not to disclose sensitive information such as a home address. If the information I needed was actually public record, they likely still would not have given it to me. I would have to put in a formal request and under the law they would have a specified time – likely 10 days or more – to provide the information or a reason why my request was denied. By the time that information was provided, my deadline would have passed and most likely media interest in the story would have diminished.

The positive side of such laws of course is that it gives investigative journalists, activists and non-governmental organizations a legal mechanism for forcing the government to disclose sensitive information that benefits the public – particularly related to government finances. This can be a time consuming and arduous process when a government agency does not want to let go of information, but the payoff can also be large in terms of exposing corruption and government incompetence.

The realities of a properly managed freedom of information act will sting reporters accustomed to the ad-hoc information management rules currently in place in many Philippine government offices. But it is a painful change that they must bear, not only for the good of their industry but also for the benefit of society.

Government officials hold very sensitive information about people – including details on their health, finances, home and loved ones. Those officials need to learn to protect that information as much as they should learn to be transparent about publicly available information. – Rappler.com

Floyd Whaley is a journalist who has reported on the Philippines off and on since 1991. Follow his reports on Twitter via @floydwhaley.