Injustice and overkill in Poe’s disqualification

Dec 20, 2015 9:29 AM PHT
Dean Tony La Viña
Facebook Twitter Copy URL
Copied
'One has to ask: what’s the motivation behind all of these? Why disregard the rights of millions to stop the candidacy of one?' John Rawls, the most prominent contemporary philosopher of justice, once wrote: “Each person possesses an inviolability founded on justice that even the welfare of society as a whole cannot override. For this reason, justice denies that the loss of freedom for some is made right by a greater good shared by others. It does not allow that the sacrifices imposed on a few are outweighed by the larger sum of advantages enjoyed by many.”

For Rawls, in a society where justice reigns: “the liberties of equal citizenship are taken as settled; the rights secured by justice are not subject to political bargaining or to the calculus of social interests.” He concludes: “Being first virtues of human activities, truth and justice are uncompromising.”

As someone who teaches Rawls’ philosophy of justice in my Legal Philosophy classes, it is clear to me that the Comelec’s First and Second Division decisions cancelling Grace Poe’s certificate of candidacy for president are prime examples of injustice as Rawls understood and articulated it.

In the rush to determine the disqualification cases of Senator Grace Poe for purposes of including or excluding her name in the printing of the ballots, the Comelec has come out with new doctrines on novel citizenship and residency issues.

In the first Resolution that came out from the Second Division, the Comelec declared that residency of repatriated Filipinos for purposes of qualification to elective office can only start from the date of repatriation or the taking of the oath of allegiance required under RA 9225. This was discussed in my previous article, “Comelec disenfranchises global Filipinos.”

The second Resolution of the Comelec, this time emanating from the First Division, now proclaims that the citizenship retained under RA 9225 is not natural-born citizenship, but naturalized citizenship. Not only is this ruling unprecedented, it is contrary to the discussion on the intent of the lawmakers in drafting RA 9225 as discussed in the case of Sobejana-Condon v. Comelec (G.R. No. 198742; August 10, 2012). 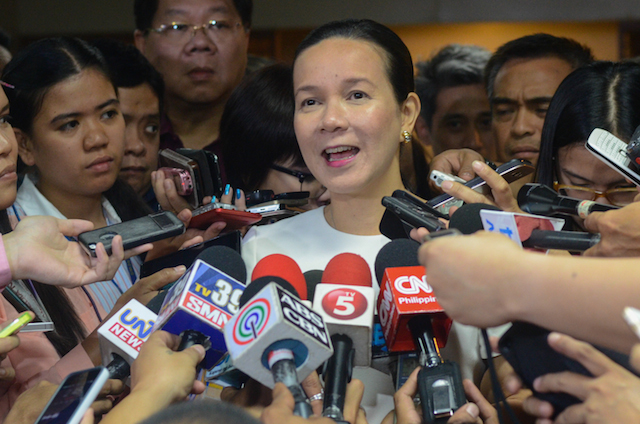 The Supreme Court in Sobejana-Condon has taken this legislative intent at its face value by stating that “[t]he sworn renunciation of foreign citizenship must be deemed a formal requirement only with respect to the re-acquisition of one’s status as a natural-born Filipino so as to override the effect of the principle that natural-born citizens need not perform any act to perfect their citizenship”.

It is only now in the Comelec disqualification case of Grace Poe that its First Division has decided to contradict the legislative intent behind RA 9225 on the retention of natural-born status of repatriated Filipinos, obviously taking its cue from the dissent of Justice Brion in the Grace Poe Senate Electoral Tribunal (SET) case.

In his SET dissenting opinion, Justice Brion opined that the case of Bengzon v. HRET is wrong when it held that what is retained under repatriation laws is natural-born status. He therefore advocated in his dissent that Bengzon should be overturned, and that a new doctrine must be pronounced by the Court declaring that repatriation is just another form of naturalization, and that what is acquired by repatriated Filipinos is naturalized citizenship, and that they do not revert to their natural-born status.

At least Justice Brion possessed judicial restraint and merely called for a revisit of Bengzon and, consequently, the accepted legislative intent of the retention of natural-born status as discussed in Sobejana-Condon.

But the Comelec First Division, in what could only be characterized as a single-handed preemption of Justice Brion’s call for the Supreme Court to revisit Bengzon, and contrary to the current Supreme Court view on the matter as expressed in Sobejana-Condon, decided to unilaterally proclaim the new doctrine as espoused by Justice Brion, thus effectively overturning the standing Supreme Court jurisprudence on the matter.

Ironically, this act of the Comelec First Division is not even necessary to disqualify Grace Poe, since it already decided that Poe is not a natural-born citizen from birth. Again, what is alarming is the effect of this pronouncement on natural-born Filipinos repatriated and running for elective offices that require natural-born citizenship.

Whether or not what is acquired under RA 9225 is natural-born or merely naturalized status is not even the lis mota of the Grace Poe case. What therefore happened is that, in a bid to establish the undeniable disqualification of Grace Poe, the Comelec First Division went a step further and pronounced the disqualification of all other repatriated natural-born Filipinos from elective and appointive positions that require natural-born status.

This is the alarming trend in the Comelec decisions to disqualify Grace Poe. The Comelec ends up disenfranchising more citizens than is necessary to settle Poe’s personal eligibility, by excluding Filipinos repatriated under RA 9225 – and who are otherwise deemed to have re-acquired their natural born-status – from positions reserved for natural-born citizens, more than the law and jurisprudence presently provides.

In the exercise of its quasi-judicial powers, the Comelec is expected to observe judicial restraint, and to resolve questions of law only to the extent that they are necessary to make a ruling in a given case with a particular set of facts. Judicial restraint is not observed if the Comelec ends up resolving the potential candidacy of repatriated Filipinos on an issue that does not even concern them, i.e., the right of a person who was not a natural-born citizen from birth to run for an elective office that requires natural-born citizenship.

As to the length of Poe’s residency, the First Division merely reiterates the ruling of the Second Division when it also pronounced the new doctrine on Philippine residency of repatriated Filipinos for purposes of qualifying for elections. It states that the earliest repatriated Filipinos can be considered residents of the Philippines is the date when they take their oath of allegiance in accordance with RA 9225, regardless of the fact that they may have been actually and physically residing in the Philippines for the past 10, 20, or 100 years.

By being indiscriminate on the effects of its decision on other repatriated Filipinos, the Comelec resorted to an overkill in Poe’s disqualification cases, as if it wanted to make sure her case won’t stand a chance at an appeal to the Supreme Court. Not even the 3 dissenting Supreme Court justices in the SET case were bold enough to pronounce new doctrine just to disqualify Poe based on the issue of her citizenship. They were strictly literal in their interpretation and stood by the black-letter law. In the case of Justice Brion, he merely set the premise for a Supreme Court review of the case of Bengzon.

On the other hand, two Comelec Commissioners thought they can do what 3 Supreme Court justices refrained from doing, and believed they can set doctrine that contradicts Supreme Court en banc jurisprudence, and reverse case law that the 3 justices of the SET did not even dare disturb. This lack of circumspection on the part of the First Division is an alarming trend in the Comelec’s treatment of repatriated Filipinos and OFWs as nothing more than second-class citizens of our Republic.

One has to ask: what’s the motivation behind all of these? Why disregard the rights of millions to stop the candidacy of one? Why the injustice and overkill? – Rappler.com