No movie, no map, no money: Local road financing innovations 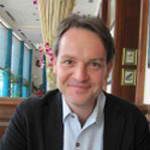 Facebook Twitter Copy URL
Copied
We want to discuss another way to make money. Money for local roads in the Philippines.

GoPro videos have become ubiquitous among mountain bikers. The more adventurous the journey the better. Go viral on social media, and you have a winner. You might even get a payout from YouTube.

But we want to discuss another way to make money. Money for local roads in the Philippines. We want to discuss a way that officials and citizens could make a GoPro-type movie, convert it into a digital map, and possibly receive a payout from the Department of Budget and Management under a new program called Kalsada.

The Philippines is a tropical archipelago of over seven thousand islands, making for many jewel destinations. The country’s tourism slogan “It’s More Fun in the Philippines” tries to capture the spirit of a friendly, welcoming and fun-loving people which the adventurous tourist will experience. Palawan was recently voted as the planet’s best island destination by a top travel magazine.

In search of fun, we tried to visit one of its towns, Port Barton, two years ago. But chronic infrastructure means that sometimes you are in for a rough ride. Confronted with bad roads, we were only able to actually make it to this idyllic destination many months later.

The government is acutely aware of the not-funny roads situation. Overall public infrastructure spending quadrupled to 5 percent of GDP in five years. The Department of Public Works & Highways is committed to fully paving the 31,000 km of the national road network, and budgets for the road network grew from PHP 165B in 2010 to PHP 569.9B in 2016 (almost US$ 14 billion).

But improving “last mile” access to reach one’s destination means upgrading the remaining 180,000 km of local roads. To place this into perspective: that would take you halfway to the moon.

At the moment, several programs target local roads, ranging from national tourism to farm-to-market road (FMR) programs, totalling close to US$ 1 billion dollars in 2016.  About 80 provinces and 1,651 cities/municipalities are implicated. What are the challenges to make these programs a success?

How can one be sure that the right roads get built in the right place, at the right time, and at the right cost? These are simple, but tough questions to answer, because patronage politics affect local roads in a major way in the Philippines. The FMR joke? Farm-to-My-Resort…

No map, no movie, no money

First problem: there are no, or incomplete, local road maps. And waiting for the official mapping agency to come to your village may take a long, long time.

Technology to the rescue: using a mobile video application that works on basic smartphone, Routeshoot, ordinary citizens and local officials can jump on their bike or into their car and create the missing digital road map. They can then, after some training, upload these movies and maps to a new, online OpenRoads portal. The portal will now map and track all national road investment financing for the local network.

If movie and maps are uploaded, a basic condition for accessing a new public investment financing program, Kalsada, will have been met. In its first year of operation, 2016, Kalsada allocates almost USD 150 million in national budget financing directly to provincial governments for their priority roads.

We acknowledge of course on-line roads transparency is no silver bullet. The World Development Report 2016 on the Internet & Development, titled Digital Dividends, underscores that digital technology needs “analog” complements, such as institutions that link transparency to accountability, to improve service delivery.

The transparency and performance criteria for sub-national financing found in Kalsada cannot immunize local road construction from political realities. Reformist programs will not survive in the absence of popular support. In May 2016, the Philippines electorate will have the opportunity to choose its next president, as well as seeing the leadership of all local governments.

But the simple act of posting the exact location and path of a road project means that it can be tracked and subject to citizen feedback. This gives the country at least the opportunity to check whether the right roads are getting built at the right time and cost

The Kalsada program puts maps & movies at the center of the money for public investment budgeting. The dramatic reduction in the cost of collecting and managing data has meant that numbers and pictures should also become part for the course in modern budgets, and even enriching them with road movies. It has become the basis for real time reporting performance dashboards for national governments.

Today, budget transparency standards have come a long way in the Philippines. The maps and movies under Kalsada are going down the road of making citizens aware of where the money goes. Will they use this awareness to hold their local politicians accountable? – Rappler.com