China and next PH president: Tough to push ‘reset’ button

Apr 16, 2016 12:15 PM PHT
Richard Javad Heydarian
Facebook Twitter Copy URL
Copied
Will the next Filipino president be in a position to revive bilateral relations? There are 3 reasons for skepticism. 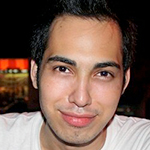 Under President Benigno Aquino III’s watch, there has been a dramatic uptick in bilateral tensions with China, which has gradually chipped away at the Philippines’ territorial claims in the West Philippine Sea. It’s no wonder then that, for the first time in recent memory, foreign policy issues, particularly China’s maritime assertiveness in the West Philippine Sea, are expected to feature as a major election issue.

Some observers foresee a dramatic change in the Philippines’ foreign policy towards China once Aquino steps down from office in June.

A closer look, however, points in the direction of greater continuity rather than rapture in Philippine foreign policy, especially if China continues to press its advantage in adjacent waters by militarizing territorial disputes. Absent a major concession on China’s part, which seems unlikely in the foreseeable future, it will be difficult, if not impossible, for the next Filipino president to effectively pursue a “reset” in bilateral relations with China.

Yet, one can’t also deny that the predisposition of the next Filipino president, depending on which candidate wins, should also be factored in.

Within a decade, Philippine-China relations went from cordial to confrontational. Some (misguided) critics, in both Manila and Beijing, have heaped blame on the supposed naiveté and amateurish foreign policy disposition of the Aquino administration, which, on at least two occasions, likened China to Nazi Germany.

For sure, President Aquino as well as former Foreign Secretary Albert Del Rosario have often employed an overzealous rhetoric vis-à-vis China, which has dismissed the Philippines as a “real trouble maker” rather than a critical neighbor to engage with. And analysts, including the Chinese government, have often blamed Aquino for the dramatic deterioration in bilateral relations, pointing out the (short-lived) “golden age” of bilateral relations, under the stewardship of the Gloria Macapagal administration, in the mid-2000s.

But this line of argument overlooks two crucial points.

First, the Aquino administration, especially in its earlier years in office, sought to engage China, to the point that President Aquino, the son of two democratic icons, chose to skip the 2010 Nobel Peace Prize award ceremony for Chinese dissident Li Xiaobo out of solidarity with Beijing.

In response, then-Chinese Ambassador to Manila Liu Jianchao remarked, “I appreciate the understanding shown by the Philippine government of the Chinese people and the Chinese government.” The following year, Aquino actually met Hu Jintao in Beijing as part of a bigger plan to expand bilateral trade and investment as well as explore a meaningful dialogue on the West Philippine Sea disputes.

Second, and more importantly, the Aquino administration has had to grapple with a new China, one that has been more aggressive in pursuing its territorial claims in adjacent waters, culminating in the de facto occupation of Philippine-claimed Scarborough Shoal in mid-2012. 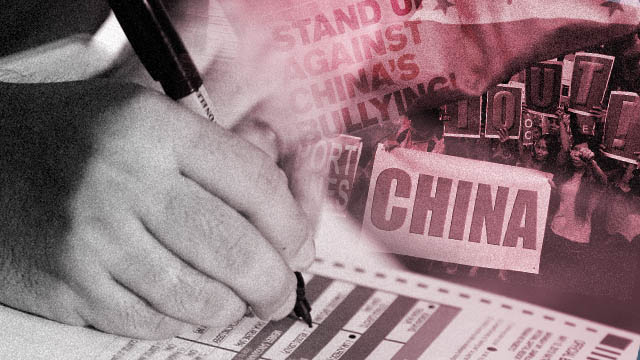 Without the requisite military capability to wrest back the disputed feature, and in absence of meaningful American assistance, the Aquino administration was left with little choice but to resort to an unprecedented legal arbitration case against China.

Nonetheless, Aquino still tried to reach out to his Chinese counterparts during the 2013 China-ASEAN Expo, where the Philippines was the “country of honor,” before it was brusquely “disinvited” by Beijing. China didn’t only embarrass Aquino, who touted the trip as a potential diplomatic breakthrough, but it extinguished hopes for more effectively managing brewing bilateral disputes.

Subsequently, the Aquino administration proceeded with filing its memorial against China at the Permanent Court of Arbitration at The Hague and pursuing a new security pact, the Enhanced Defense Cooperation Agreement (EDCA), with America.

The Aquino administration may have had its own shortcomings with respect to engaging China and defending its claims in the South China Sea. But its confrontational approach was largely a by-product of China’s reciprocal intransigence as well as aggressive push into Philippine-claimed waters.

So the question is: Will the next Filipino president be in a position to revive bilateral relations?

There are at least 3 reasons for skepticism.

First of all, the brief “golden age” of bilateral relations has been replaced by widespread animosity and suspicion towards China. According to a 2015 Social Weather Stations (SWS) survey, Filipino trust in China hit an all time low of  -45 mid last year, compared to the -36 reported shortly after it wrested control of Filipino-claimed Mischief Reef in 1994.

A significant proportion of the Filipino population and much of the security establishment views China as an opportunistic power that tried to cut unfavorable deals with the Arroyo administration (2000-2010), which was hounded by one corruption scandal after the other. For instance, Aquino’s predecessor negotiated a Joint Maritime Seismic Undertaking (JMSU) with China and Vietnam, which was later found to be inimical to the Philippine Constitution and national interest.

Shortly after the signing of the JMSU, the Arroyo administration proceeded with China-funded/led big-ticket infrastructure projects, which would be at the center of one of the biggest corruption scandals in Philippine history. Most believed the kickbacks were a form of Chinese bribe for the controversial JMSU deal, which was challenged at the Philippine Supreme Court. (READ: Why China prefers Arroyo to Aquino)

It was very difficult for Aquino to even seriously discuss the prospect of joint development with China in disputed waters for fear he would be accused of being an Arroyo 2.0. The Aquino administration even dragged its feet, until the 11th hour, on joining the Asian Infrastructure Investment Bank (AIIB).

Secondly, unlike the Arroyo administration, the Philippines is grappling with an acute crisis in the West Philippine Sea, with Beijing establishing a sprawling network of dual-purposes bases and airstrips across both Paracels and Spratly chain of islands. There is a genuine fear that soon China will establish a military base in the Scarborough Shoal and/or start cutting off Filipino supply lines in the disputed waters.

No wonder then, the West Philippine Sea, is today a regular topic of animated discussion, if not outright sensationalisation, in the Philippine media and among ordinary citizens. Back in the Arroyo administration days, barely anyone knew much about the disputes. With rising popular nationalism in the Philippines, Aquino’s successor will face an even more critical and sentient public opinion, which will restrict his/her room for maneuver.

Lastly, the Aquino administration has overseen a massive upgrade in bilateral security relations with its key allies, the United States and Japan. It would seem certain that both of these countries, which are among Manila’s leading trading and investment partners and have stepped up their opposition to Beijing’s maritime assertiveness, will lobby hard to ensure that the next Filipino president will not dramatically alter the Philippines’ China policy.

Looking at the rhetoric and platforms of all the leading candidates, there are, however, indications that Aquino’s successor will use more measured rhetoric, and will likely try to leverage any favorable arbitration outcome, which is expected in coming months, as a springboard to exact certain concessions from, and improve bilateral relations with, China.

Interestingly, the currently-leading presidential candidate, Rodrigo Duterte, has not only echoed Binay’s joint-development proposal, but he has gone so far as suggesting that if China will “build me a train around Mindanao, build me train from Manila to Bicol… build me a train [going to] Batangas, for the 6 years that I’ll be president, I’ll shut up.”

Duterte has also, quite to the astonishment of many defense experts, effectively opposed ongoing plans at developing the Philippines’ minimum deterrence capability through the purchase of advanced fighter jets. The tough-talking mayor, who has built a legion of uber-loyal constituency, may have developed what Nassim Taleb calls (political) anti-fragility – that is to say, he seems to get away with saying many things considered unutterable.

But it remains to be seen whether he is just throwing out random proposals or instead uttering a foreign policy conviction that may demand tremendous political capital to actualize. (READ: Duterte’s last resort on West PH Sea: Let’s not insist on ownership)

The ball, however, is in China’s court.

The new Filipino president’s room for maneuver will expand if, for instance, China agrees to, say, a mutual disengagement from Scarborough Shoal, end the siege on the Filipino detachment in Second Thomas Shoal, and promises not to cut off Filipino supply lines the Spratly chain of islands. The two sides could also start discussing ways to revive bilateral investment relations, since China has a very limited footprint in the Philippines’ infrastructure landscape.

All of these options seem a long way off.

Don’t expect a major or swift reset any time soon, unless the next Filipino president is popular enough to withstand any political backlash and willing to stake his political survival to revive relations with China. – Rappler.com

Richard J. Heydarian teaches political science at De La Salle University, is a columnist for Aljazeera English, and the author of “Asia’s New Battlefield: US, China, and the Struggle for Western Pacific” (Zed, London). A shorter version of this piece was published by Lowy Institute for International Policy, Sydney, Australia.