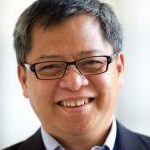 If we are to weigh the number of asides by the supporters of Mayor Rodrigo V. Duterte against those who took him to task for his rape comments – all in social media – the heft will favor the former. I have never seen so much vicious response to a valid criticism of the mayor’s foul mouth.

Most of these ripostes are ad hominem in nature, ranging from the most bile characterization of the critique to tagging the critic as part of a vast right-wing, Aquino-yellow conspiracy to upend the mayor’s campaign. Some go to the extent of issuing threats ala-Duterte to those who insist the Mayor is not fit to be head of the nation.

A smaller percentage consists of an unwavering fidelity to Duterte – he is my president, no matter what he said and no matter how blemished his record is – even as there is a silent acknowledgement that he had not been acting presidential.  Only a small percentage, a minute one, would engage Duterte opponents using reason, evidence, and analytical superiority.

This disproportionate nature of pro-Duterte voices is the first element to what I would now call the makings of a real – and first – fascist movement in the country. Duterte is the Vozhd, who has the interest of “the Filipino people” in mind, ready to defend this against those who try to sow divisions within the community – from the drug addicts on the corner to the intellectuals and elites of the metropolis. He his Der Alte who can do no wrong, his standing made more admirable by his unabashed declarations of his “failings” – from the womanizing and the pain it caused his first wife, to the killing of drug addicts, to the swagger to show Panabo prisoners that he could be like them when it comes to women, especially Anglos or mestizas. He is almost, well, God-like in his imperfections.

The second component of this new-fangled fascist movement is its unusual composition. Duterte “base of support” is not the poor – it is mainly the elite and the middle class. These are the two “sectors” of society that are most worried about their possessions and desire peace at any cost so that they can pursue their avarice.

When Marcos declared martial law, it was the elite and the middle class that were the first to commend the dictator for bringing “peace and stability” to a nation in turmoil.  The two sectors who are the most adept at hiding their greed and materialism under the mantle of civility, they finally took a stand against their erstwhile patron when the regime assassinated one of their own – in the most vulgar of manner: blowing Aquino’s head off at the tarmac.

This odd composition of followers is not merely people who are going to vote on Election Day. The sociologist Nicole Curato came back from Leyte and her communing with Duterte supporters. Her Facebook description talks of a vibrant grassroots movement that with near-fanaticism, has been campaigning for the Mayor. She writes:

I have met and interviewed Duterte supporters as part of my fieldwork in Tacloban. They are professionals who took a leave from their jobs to organise volunteers for the campaign. They are small business owners who donate modest amounts of money to print posters and tarapaulins (sic). They are students who go to communities to explain why vote buying is wrong. They are mothers struggling to put their lives together after Haiyan but found a way to raise P20 pamasahe to get to attend his sortie. A lot of them are young. All of them strongly reject politics as usual – the type where money runs our democracy, imperial Manila dominates the political conversation and promises made to the people mean nothing….I am not a fan of the mayor. But I am impressed with the energy and commitment of his supporters on the ground. This could be the legacy of the Duterte campaign – a committed grassroots movement that supports an imperfect but authentic candidate. One can say that these types of mobilization signify a vibrant popular democracy. However, they are also what fascist movements are associated with – the zeal that got people like Benito Mussolini, Adolf Hitler, and Evita Peron to power.

The social forces that compose this coalition, in turn, is mirrored by the political forces that have committed resources and people to the mayor. The organized supporters of Duterte include business associations which, with little fanfare, are contributing to campaign coffers. In alliance with these “reactionary forces” are cadres and sympathizers of the Communist Party of the Philippines who see in the mayor an ally and a friend. There were some hitches along the way when the mayor blurted out his pro-rape statement. The Party’s legal organization Gabriela had to criticize Duterte especially after other women’s group took it to task for failing to respond immediately to his comments. But everything is hunky-dory again, especially since the campaigns have begun to shift to other issues.

A creature of this sort came into being in Hitler’s and Mussolini’s march to power. Socialists and even Communists were drawn to these leaders’ nationalism and populism. Their anti-European, anti-American stance also was an additional appeal. Of course, they were immediately eliminated or marginalized once the Nazis and the Brownshirts had seized state power. Will this be the fate of the Left under President Digong?

The next weeks will determine whether these observations are right. If not, and the Duterte movement is indeed a democracy, unified in the name of the nation, tolerant of criticisms, and putting premium constitutionalism rather than one man rule, then I will be more than happy to eat crow. – Rappler.com