Points to ponder on energy: A guide for Duterte 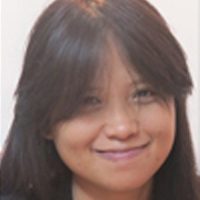 From a retired general who was part of the administration of former President Gloria Macapagal Arroyo to a lawyer who worked for one of the suspects in the 2009 Maguindanao massacre, Philippine president-elect Rodrigo Duterte has named the men who will hold key posts in the incoming government.

He has offered positions in government agencies overseeing economic growth, development of infrastructure and environmental protection. He has yet to name who will head the Department of Energy (DOE), a body that plays a crucial role in shaping the energy roadmap of the Philippines.

All eyes are also now on Duterte, who has slammed the call of the United Nations to developing countries such as the Philippines to also reduce their emissions as “hypocrisy.” The former mayor of Davao city has also pushed for the approval of the coal-fired power plant operations of the Aboitiz group in 2014.

Environmental groups have asked the government to keep fossil fuels on the ground. The Philippines is one of the 13 countries which participated in the Break Free movement against fossil fuels from May 3-15, 2016.

“There’s never been a bigger, more concerted wave of actions against the plans of the fossil fuel industry to overheat our earth–and for the just, fair, and sustainable world we can now envision. In the hottest year on record, we’re determined to turn up the political heat on the planet’s worst polluters,” Bill McKibben, co-founder 350.org said.

“Fossil fuel plants cause extreme harm to local communities and ecosystems,” Archbishop Ramon Arguelles, Archbishop of the Roman Catholic Archdiocese of Lipa in the Philippines pointed out. “They are also a danger to the country and the whole planet since they are a major contributor to climate change. It is immoral to burden future generations with the cost of mistaken energy choices made today. It is time to end the age of fossil fuels.”

Mitigating climate change is the overarching reason why the Philippines – which has experienced extreme weather events on a regular basis – should stop depending on coal.

A holistic assessment of the country’s capacity and needs show there are operational and policy gaps that the government must also consider in defining its energy mix:

Reliance on coal could lock the country in to one energy source.

The Philippines is currently dependent on coal for its baseload needs.

According to “Striking a Balance: Coal-fired Power Plants in the Philippines’ Energy Future,” a study done by the Ateneo School of Government in 2015, committed and indicative coal-fired power plants for the period of 2012-2030 are projected to already meet the country’s  baseload capacity needs of 8, 400 megawatts.

If the country continues to approve additional coal-fired power plants, there is a danger that it could the lock the country in to coal, decreasing its potential to explore alternative energy.

Furthermore, Jesus Tamang, director of DOE’s energy policy and planning bureau said in a forum on formulating the Philippine Energy Plan that reliance on coal can make the country vulnerable to possible supply and pricing problems, the same kind of problem it encountered when it was heavily dependent on oil. Fluctuations in the world market led to volatile oil prices in the Philippines in the past decade.

Tamang also said in an article in Scidev that the effects of coal-fired power operations on health have not always been included in the environmental impact assessment of coal companies.  The EIA, a process which determines the consequences of projects on natural resources and the general welfare of the host communities, is a crucial step that must be taken before permits can be given.

Tamang has said that according to the Environment and Management Bureau, health experts or workers have not always been included in the consultations for EIA. This lack of participation results in an EIA that has not fully factored in the health costs of coal-fired power plants.

Local government units play an important role in checking the level of emissions from coal companies. They are mandated by the Clean Air Act of 1999 to install airshed monitoring boards which will also track the contribution of industries to air pollution.

Aaron Pedrosa, the secretary-general of the Sanlakas partylist group, said that not all LGUs have installed their monitoring boards, however.  This means that they do not also have credible or solid data that could conclude if coal companies have complied with air pollution and carbon emission limits.

Derek Cabe from the nongovernmental organization Coal-Free Bataan Movement said that not all communities have been properly informed about the entry of coal-fired power plants in their backyard. She alleged that some have been told that the companies are engaged or will operate a different kind of business.

These allegations stand to be verified by independent parties which can also objectively state if the community has indeed given its full consent to the proposed coal project.

Cecilia Therese Guiao, an environmental lawyer, also wrote in the “Striking a Balance” energy policy brief that the Electric Power Industry Reform Act has prioritized low-cost sources of energy. This preference for cheap sources of energy has excluded social and environmental costs in measuring the full costs of operating coal-fired power plants.

The Philippines has committed a 70-percent emission reduction goal by 2030 and has signed the Paris Agreement, which mandates developed and developing nations to limit global temperature to well below 2 degrees Celsius to as far as 1.5 degrees Celsius.

The Philippine delegation is now in Bonn, Germany, for the midyear climate change talks. While they aim to help determine the way forward for the Paris Agreement, the new President back home must take tough decisions that will address the above concerns for the country to break free from coal. – Rappler.com

Purple Romero is part of the Climate Tracker reporting program, where she writes about the implementation of the Nationally Determined Contributions (NDCs) and renewable energy.