The moment of truth in the West Philippine Sea

Jul 10, 2016 6:00 PM PHT
Richard Javad Heydarian
Facebook Twitter Copy URL
Copied
What is at stake is not only regional security in Asia but also shared access to global commons in accordance to modern international law 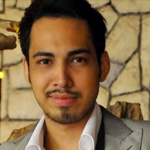 “The islands and reefs in the South China Sea are Chinese territory since ancient times,” Chinese President Xi Jinping declared in an exclusive interview during his visit to London last year.

Evoking a sense of historical duty, the Chinese leader explained how the contested land features are “left to [modern China] by our ancestors,” vowing that the “Chinese people will not allow anyone to infringe on China’s sovereignty and related rights and interests in the South China Sea.”

It was a defiant defense of China’s massive reclamation activities and increasingly frequent deployment of naval vessels, para-military forces, and militia-cum-fishermen contingents across what it calls its national “blue soil”. In a span of two years, China has built a sprawling network of dual-purpose (civilian and military) facilities on artificial islands, which have been hosting a a growing number of uniformed personnel and advanced military hardware like mobile artilleries, high-frequency radars, jet fighters, and surface-to-air-missile systems.

Though China isn’t the first country to have engaged in reclamation activities in the area, no one matches the speed, scale, and technological sophistication of its emerging “Great Wall of Sand” in the West Philippine Sea. There is a profound fear across the region that Beijing will soon establish a de facto “exclusion zone” in the area – restricting freedom of navigation and over-flight of regional states and foreign powers, particularly their armed forces.

One neighboring country, in particular, has decided to take China to international court. In late-2012, shortly after China forcibly wrested control of the Philippine-claimed Scarborough Shoal, which falls well within Manila’s Exclusive Economic Zone (EEZ) but is located 900 kilometers from the nearest Chinese coastline, Philippine President Benigno Aquino III decided to take the case to an arbitration body.

Bereft of the necessary muscle to defend its claim, and absent any tangible military support from long-time allies like America, the Aquino administration undertook the unprecedented decision to settle the West Philippine Sea disputes under the compulsory arbitration clause (Art. 287, Annex VII) of the United Nations Convention on the Law of the Sea (UNCLOS).

In coming days, the arbitral tribunal is expected to release a final verdict, most likely unfavorable to China, but it is ultimately up to the Philippines’ newly-elected President Rodrigo Duterte on how to leverage the ruling. It will be his first and arguably most important foreign policy dilemma. As much as the new president seeks better relations with China, it is of paramount importance that a likely favorable verdict will not be laid to waste in order to simply re-open communication channels with China. Bilateral talks should be unconditional.

The Philippine government should ensure that the verdict would be optimized to advance the national interest by tangibly reshaping China’s behavior, enhancing the Philippines’ position in the disputed waters, and defending its territorial claims. We don’t want war, for sure, but appeasement is also not an option.

Meanwhile, the Philippines should also seek maximum support and virtual strategic guarantee from international partners, particularly America and Japan, to enforce the verdict, which is binding but has been vociferously opposed by China. It is high time for the United States to clarify whether its mutual defense treaty with the Philippines means that it will come to its ally’s rescue if the situation gets out of control. The current policy of “strategic ambiguity” has created too much ambiguity without providing any significant strategic gains, since China has pushed ahead with its expansive claims in recent years without much self-restraint.

The West can’t expect the Philippines to shoulder the costs of confrontation with China on its own. The Philippines can’t take up the cudgels for international law singlehandedly. After all, the arbitration case is binding, but not enforceable unless the global powers step up to the plate.

Trial of the century

Since arbitration bodies under UNCLOS have no mandate to adjudicate questions of sovereignty (i.e., territorial claim), the Philippines skillfully repackaged its legal complaint against China as, primarily, a question of maritime entitlement zones (see Art. 121, Part VIII on “regime of islands”).

For the Philippines, it’s important to clarify, for instance, whether the disputed land features in the West Philippine Sea constitute low-tide elevations, which (generally) can’t be claimed as one’s territory, or rocks, which can generate their own territorial sea, or islands, which can generate their own EEZ — an issue that carries immense strategic and territorial implications.

In addition, the Philippines, in its thousands-paged-long memorial, raised concerns with respect to China’s purported harassment of Filipino fishermen and energy exploration operations in its EEZ, China’s reclamation activities on low-tide elevations in the Spratly chain of islands as well as their deleterious ecological impact, particularly for coral reefs and endangered species. Most crucially, the Philippines has also questioned the validity and precise nature of China’s 9-dash-line claim, which covers much of the West Philippine and the larger South China Sea, and its doctrine of historical rights/waters, which undergirds Beijing’s claim in the area but seemingly contradicts prevailing international law.

China tried to procedurally undermine the Philippines’ arbitration case by raising both jurisdictional and admissibility questions: It cited exemption clauses under the UNCLOS (Art. 298, Section 2, Part XV); questioning the competency of the arbitral tribunal adjudicate what China characterizes as fundamentally sovereignty-related disputes; and argued that the Philippines violated prior bilateral and multilateral agreements by resorting to compulsory arbitration, a supposedly premature maneuver since both parties are yet to fully exhaust available avenues of conciliation.

China even refused to participate in the arbitration proceedings. But the arbitration body (under Art. 9, Annex VII) proceeded with examining the Philippines’ complaint despite the absence of one party, though, in accordance to Art. 5, Annex VII, it consistently provided, in various stages, Beijing the opportunity to defend its case whether through official (i.e., counter-memorial submission) or indirect channels (e.g., public statements, position papers, etc.)

Last October, the Philippines officially overcame both the jurisdiction and admissibility hurdles when the arbitral body announced that it will push through with examining the merits of almost half of the items in the Manila’s memorial, mostly concerning purely of bilateral significance, particularly the nature of disputed features in the Philippines’ EEZ; the ecological impact of China’s reclamation activities in the area; and the alleged harassment of Filipino fishermen by Chinese coast guard forces.

With the respect to the remaining items, particularly the validity of China’s nine-dashed-line claims and its ‘historical rights/waters’ doctrine, the arbitral body will examine the question of jurisdiction and their individual merit simultaneously. 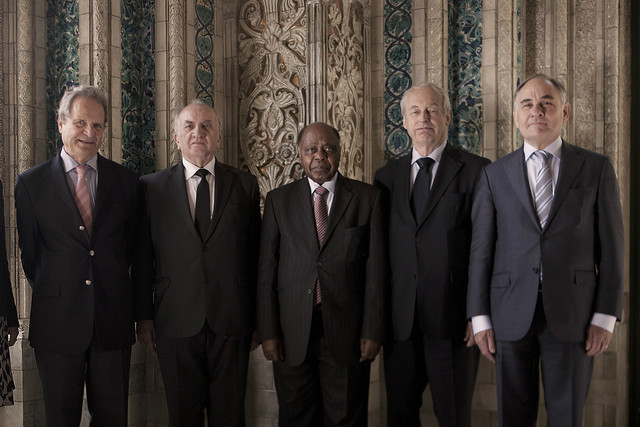 The verdict is expected to come out on July 12. Most experts agree that the outcome will be largely unfavorable to China, which has desperately sought to undermine the legitimacy of the arbitral body, claimed to have rallied up to 40 (poor and dependent) countries to question the Philippines’ legal maneuver, and has sought to reach out to President Rodrigo Duterte, who has expressed his openness to engagement and finding a modus vivendi with China in the West Philippine Sea. Of course, it remains to be seen whether the Duterte administration will fully leverage the arbitration verdict or, alternatively, decide to set it aside in order to revive frayed ties with China.

A largely favorable outcome would give the Duterte administration great leverage to extract Chinese concessions — non-imposition of an ADIZ, mutual disengagement from Scarborough Shoal, non-harassment of Filipino fishermen and troops in contested waters — in the West Philippine Sea in exchange for not releasing a strong statement on the need for ‘compliance’ shun using the verdict to diplomatically embarrass China. But this will surely estrange America, Japan and other traditional partners.

Of course, there is also the possibility that the verdict will not be favorable to the Philippines, especially if the court issues an indeterminate, obfuscated verdict and shoots down Manila’s arguments in terms of their merits, particularly the one concerning China’s nine-dashed-line claims and doctrine of historical rights.

It is possible that the court will resort to very vague legal semantics to provide China some room to save face and not antagonize the powerful country, which has threatened to withdraw from UNCLOS altogether if it confronts a prejudicial outcome. In this case, Duterte has minimal leverage on China, but he can still open up communication channels, albeit form a weaker negotiating position, by disowning the whole arbitration proceeding as the folly of his predecessor.

There is a third, middle-way option. Both parties can, upon mutual consent, agree to the creation of a “conciliation commission” (under Article 1, Annex V of UNCLOS), which allows both parties to project their supposed respect for international law, preserve diplomatic channels, and address their overlapping claims with the guidance of a mutually-accepted panel of legal experts, who can only provide legal advise but issue no binding verdict. Then again, this option also carries its own risks and there is no guarantee that alternative UNCLOS-based mechanisms will meaningfully alter China’s behavior.

Much will also depend on how America and other major naval powers will utilize the arbitration verdict to justify more regular, wide-ranging and multilateral Freedom of Navigation Operations (FONOPs) in the West Philippine Sea, aimed at reining in Chinese assertiveness in the area.

What is at stake is not only regional security in Asia, which has been heavily undermined by the increased militarization of territorial disputes, but also shared access to global commons in accordance to modern international law.

It is a clash between China’s “territorial” and “closed seas” vision of adjacent waters, on one hand, and the international community’s call for “open seas” and rule of law in international waters, on the other. – Rappler.com

Richard Javad Heydarian is the author of Asia’s New Battlefield: US, China, and the Struggle for Western Pacific (Zed, London). A version of this piece was published by Brookings Institution, Washington DC.