Philippines must get rid of its militias now 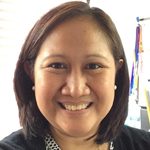 Facebook Twitter Copy URL
Copied
If the Senate hearings would result in abolishing militias and demobilizing their members, it would be an important step towards ending abuses committed by these government-sponsored death squads

One of the points that emerged clearly from the Philippines’ Senate hearing on extrajudicial killings held on September 15 was that the Philippines must get rid of its militias immediately. These dangerous, government-sponsored armed groups must be abolished and their existing members demobilized.

During the hearing, the Committee on Justice and Human Rights called Edgar Matobato as a witness, who claimed to be a former member of the Civilian Armed Forces Geographical Units (CAFGU) when he was selected to join Davao Death Squad (DDS) and told to kill – extrajudicially execute – suspected criminals in Davao City when President Rodrigo Duterte was the city’s mayor.

Immediately after the Senate hearing, the spokesperson for the armed forces denied that Matobato was ever a member of the CAFGU. He said that they could not find his name in their database. Because recruitment policies are not standardized and are often very informal, it would be easy for the military to repudiate claims of membership with the CAFGU.

The CAFGU is an irregular auxiliary group for the Armed Forces of the Philippines (AFP), one of the militias operating in the country today. It was created in 1987 through Executive Order 264 issued by President Corazon Aquino. It was justified as a ‘vital tool’ in the government’s counter-insurgency measures. Another militia group in the Philippines is the Civilian Volunteer Organization (CVO), which is meant to assist barangay officials in maintaining peace and order in the community. While the CAFGU is controlled by the AFP, the Philippine National Police (PNP) controls the CVO.

Matobato’s profile is typical of that of the many individuals who comprise these militias. Upon Senator Sonny Angara’s questioning, Matobato revealed that he had not completed his elementary education and had been working as a subsistence farmer when he was recruited to join CAFGU. He disclosed that he did not have any knowledge or training about the legal processes involved in apprehending criminals and did not have any understanding of how the justice system works.

Joining the militias is an attractive option for people like Matobato who have a difficult time getting a job to feed their families. Members of CAFGU receive a subsistence allowance of around P4,600 per month (approximately US$96), which is a reasonably attractive salary for people in situations of hardship. They also receive other benefits, such as scholarships for their dependents and health insurance.

Joining the militias is also very easy. For instance, to join the CAFGU, one only needs the approval of the local military head. In some areas, one may also just present a recommendation from a local chief executive – whether the barangay captain or the mayor.

The CAFGU was formed as “force multipliers” for the AFP, to help the army in counter-insurgency activities. One of the main tasks of CAFGU members is to assist the military in fighting the New People’s Army (NPA). They participate in offensive operations against the NPA and act as local guides during military patrols. In non-conflict areas, however, CAFGU members are used to act as guards for military installations or sometimes even private businesses. 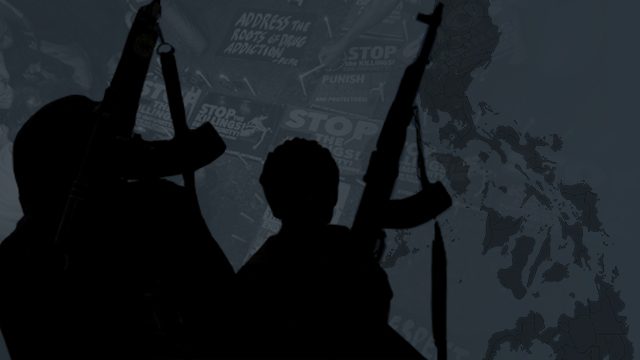 Militia recruits do not receive the rigorous training given to personnel of the armed forces or the police. At most, they are given very basic weapons training, enough to enable them to handle the firearms they are given from the Government’s arsenal. Militia recruits certainly do not receive training on basic military discipline or law enforcement practices, much less on general human rights principles.

The lax recruitment practices and the lack of training, especially on basic policing principles and applicable human rights standards, have resulted in numerous human rights abuses committed by militias, including extrajudicial killings and enforced disappearances.

For decades, human rights groups have raised serious concerns about these abuses. In 2015, CAFGU members, along with several military personnel, were alleged to have been involved in the extrajudicial killing of three human rights defenders from the Alternative Learning Center for Agricultural and Livelihood Development (ALCADEV) in Surigao del Sur.

Bills were presented in the past seeking to repeal Executive Order 264 and demobilize these militias, but these were never passed.

The 2015 General Appropriations Act provides that no new CAFGUs shall be recruited in anticipation of the planned demobilization of the group “as a result of the implementation of the Revised AFP [Armed Forces] Modernization Program”. That is indeed an important step. However, to accelerate the demobilization of these groups and solidify the commitments made by the Philippines during the UPR, lawmakers should pass a law repealing Executive Order 264 and demobilizing all militias in the country.

Demobilizing the militias should not only mean formally disbanding the groups and requiring their members to turn in their firearms. The law should also provide for the practical implementation by the Philippines of its international human rights obligation to investigate all allegations of human rights abuses made against members of these groups so that the perpetrators of such abuses are brought to justice. Reparations for victims and their families must also be provided under the law.

Enacting this law would be one positive outcome of these hearings. The Senate must indeed continue to address the crisis of extrajudicial killings in the Philippines under President Duterte so the killings will stop and the killers brought to justice.

But if one result of the hearings would be to abolish militias and properly demobilize the current members of these dangerous institutions, it would be an important step towards ending the human rights violations and abuses committed by militias and Government-sponsored death squads in the Philippines. – Rappler.com