The tragedy of Martial Law

Sep 21, 2016 1:51 PM PHT
Roy P. Mendoza
Facebook Twitter Copy URL
Copied
Martial Law was a bold and grandiose plan to steer the Philippines into a developed country in the mold of the East Asian economic tigers 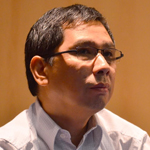 Two, unlike martial law in other countries where generals or military chiefs took over power from civilian leaders, Ferdinand Marcos was a politician for a long time, having been elected to Congress, the Senate, and finally the presidency. Though it may be conceded that he imposed Martial Law with the aid of his top generals (the so-called Rolex 12 with the exception of Danding Cojuangco, who was not part of the military establishment), the military was not the sole power holder. There were equally powerful sectors within the government such as the so-called crony capitalists and the technocrats.

And three, Martial Law, as we know it, was not conceived by Marcos and his close advisers alone. Rather it was a development plan aimed to leapfrog laggard and stagnating economies of many Third World countries into modernity in the mold of East Asian economic tigers like Taiwan and South Korea.

After the Second World War, there were attempts to reconstruct poor countries (LDCs or less developed countries as they were called then) by replicating the Western model. This was the heyday of “modernization” where LDCs were to follow the organizational structures along with the political and social values of the West. Economically, LDCs were to be assisted by international financial institutions and multilateral aid agencies through grants, aid, and loans to make them into attractive havens for foreign investment, for this model required massive doses of capital infusion.

By the mid-60s, however, the reverse was happening. Economic growth was nowhere to be found as the economies of LDCs languished. It was at this point when the Dependency School led by Andre Gunderfrank was gaining currency for they had a very convincing explanation for this phenomenon. As they claimed, the very model of growth prescribed to poor countries was the culprit because it mired them in debt (Development of Underdevelopment).

However, critics and non-believers called attention to a weak state that was being buffeted by strong social forces such as rent-seeking elements (oligarchs) and armed insurgency. The model, so they say, could not thrive on political instability.

What was needed, Samuel Huntington and his colleagues argued, was a strong state that can produce a controlled political environment for the economy to grow. Thus the antidote was the type of capitalism prevalent in East Asia that came to be known as the developmental state.

One important feature of this model is authoritarianism or the presence of one-man or one-party rule.

In short, Martial Law was a bold and grandiose plan to steer the Philippines into a developed country in the mold of the East Asian economic tigers. As a highly intelligent person and brilliant lawyer, Marcos was not only well prepared to handle this task, he was the most qualified. Given the violent nature of local politics in Ilocos, Marcos’ propensity to combine outright violence on his opponents (his entry into politics was the Nalundasan murder case) with persuasion and coercion made him a cut above the rest of other postwar presidents. Except the current one.

Marcos addressed the concerns of foreigners wary of the uncertainties of doing business in the country by changing the regulatory regime – in ownership, requirements to do business, repatriation of profits, etc.

At the same time, the government pushed for a strong manufacturing sector with cheap and abundant labor, long working hours and a ban on unionism. The venture paid off.

Even the heavens seemed to cooperate. Good weather conditions in 1974 and 1975 made possible the remarkable entry of high yield varieties (IR8 or the miracle rice) that enabled the Philippines to attain self-sufficiency.

Everything seemed to be going well that it galvanized support for the Martial Law regime. Supporters of the regime were quick to deduce that human rights abuses were a small price to pay for this economic windfall. Many turned a blind eye to the plight of political prisoners, from traditional politicians like Ninoy Aquino to CPP-NPA members, and other victims of human rights violations for they were, after all, a reminder of the anarchy that characterized the old society!

Many, it seemed, were willing to forego political rights for the sake of economic benefits. 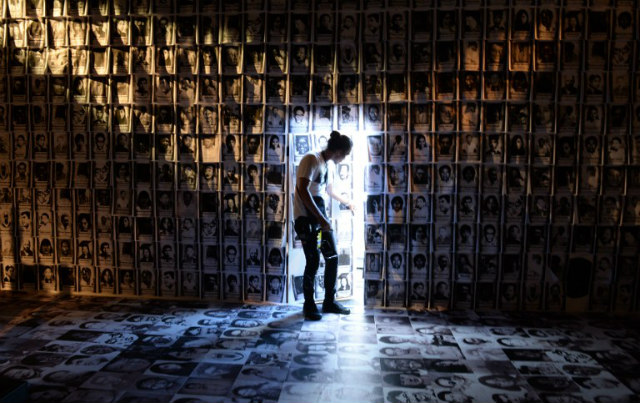 But then the bubble burst. Commodity prices for agricultural export crops suddenly plummeted. Oil prices spiraled out of control, raising the prices of basic goods as well as transportation. These economic hardships only underscored the contradictions of the Marcos regime and its vulnerability.

Take for example the case of land reform. One of the first decrees Marcos promulgated after the declaration of Martial Law was the emancipation of farmers from the bondage of the soil.

A few weeks later, Presidential Decree 27 took effect. It would finally make farmers owners of the land they tilled. Never mind if the law covered only tenanted rice and corn lands, that the retention limit was 7 hectares, later revised to 5 hectares if non-irrigated and 3 hectares if irrigated, that dispossessed land owners were paid in full by the farmers, and the titling process was tedious. The change from share cropping and leasehold systems to ownership was, in itself, a milestone.

But by the late 70s, the contradictions were becoming apparent. The high-yield varieties introduced by the Masagana 99 program were highly dependent on fertilizers and pesticides (derived from both petroleum and chemical derivatives and manufactured by mostly multinational companies and marketed by Filipino partners), so much so that when oil prices spiraled, the cost of production was so high that farming no longer became a profitable enterprise.

The Marcos regime also introduced a cooperative system called the Samahang Nayon, a prerequisite for becoming a beneficiary of land reform. Similar to the Saemaul Undong movement in South Korea, collective action on farming activities was seen as desirable and also necessary for borrowing money from a rural bank, for example.

But a good number of peasants backed out of the program when they learned that each member had to assume the payments of a defaulting member. Soon they realized that while the Samahang Nayon had good intentions, the real objective was to ensure loan payments to banks.

It may be argued that these are design flaws which could not be blamed on Marcos. But then in 1974, Marcos signed into law General Order 47 and PD 472 which promoted corporate farming. Under the guise of self-sufficiency in rice and corn, big business companies could now involve themselves in farming to feed their employees.

Consequently, they competed for arable lands with farmers and undermined the land reform program. As it turned out, rice and corn farmers were in a better situation than those outside the coverage of land reform. From 1971 until 1982, coconut farmers were taxed 4 types of levies, all with the intent of improving the copra industry.

The levies were however used by Marcos’ cronies to purchase holdings in some of the most profitable companies in the Philippines. Bowing to the sugar barons’ argument that their lands could not be covered by land reform due to the country’s obligation to meet its quota in the international market, the Marcos regime turned a blind eye to the plight of sugar workers. The images of sacadas when sugar prices plummeted became one of the most effective leitmotif against the Martial Law regime.

PD 27 may have ameliorated the plight of peasants in Central Luzon, long the hotbed of peasant revolts. But Marcos’ governance saw the intensification of agrarian unrest in other areas – the coconut producing provinces in Southern Luzon and sugarlands in Negros. These examples point to failures not of design but to the depravity of crony capitalism.

By the time Marcos left Malacañang in 1986, the Philippines was devastated and bankrupt. The legacies that Martial Law left behind still reverberates today. It was not too long ago that a huge chunk of the government’s budget had to be allotted for debt repayment than on needed infrastructure and basic services.

Kleptocracy became the new norm in government service, and when you steal, steal big so you can turn the law in your favor. Extrajudicial killings also became the preferred mode of settling disputes.

In the end, this development plan could have made us an economic tiger. For this was the order of the day and Marcos, with his vast array of powers and resources, was the one leader who could have pulled it off.

This is the tragedy of Martial Law. – Rappler.com

Roy P. Mendoza is a former History teacher and is now an independent historian. (Mendoza’s profile photo courtesy of www.ateneo.edu.)