[Newspoint] The ominous knock on the door 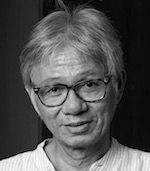 Facebook Twitter Copy URL
Copied
'Duterte’s war on drugs is finally hitting home.... If fascism begins with a knock on the door, we have been taken well past that. We have ignored the signs and continue to ignore them.'

Duterte’s war on drugs is finally hitting home, though rather prematurely; our own drugs have yet to arrive.

Here, in our condominium communities, the operation is promoted as benign, even friendly, to contrast it, I suppose, with the run of such operations, in which more than 1,000 have been killed. It is to proceed this way:

The police enter our building, take the elevator to our floor – 6th – and knock on the door, not our door, but the one across, making things uncomfortable enough.

The visit is obviously intended self-promotionally: our neighbor is warned about drugs and enlisted in the war. The whole drama is videotaped. No one dies, nothing is concealed, everything stage-managed, nothing remotely akin to the cases in the news – those are cases precisely dramatic in their own sordid reality, even if the reality is only selectively shown; the street cameras supposed to record it, by some outrageous fortune, happen to not be working when they should be.

In any case, the sight of policemen descending on our street in fair force on the first hour of a workday is definitely out of keeping with the good-guys portrayal scripted for them. The episode has been agreed to by the barangay leadership and the building administrators. For our part, the collaboration has been apparently naïvely extended and becomes known to most of us residents only after the fact.

Our opposite-door household, comprising a British husband, a Filipino housewife, their two sons (an 8-year-old and a toddler), and a couple of domestics, admit having been enlisted clueless themselves; they say they have no idea how they have been picked, and why they of all people. Anyway, apprised of their human rights and warned about what police visits could lead to, they are not so agreeable now. Our building administrator, herself better informed now, has decided to restrict the visitors to the lobby. And that’s how it actually happens. But if it brings any sense of consolation, it would seem misplaced, indeed perverse, in the larger context and reality of this one-sided war. It serves only to exemplify class culture and class justice.

For one thing, most of the dead have been victimized 3 times – first by poverty, then by drugs, finally by summary execution. In fact, for many of them, no knock on the door came at all that may have given them time to say a quick prayer or to bolt, however illusory its chance at success.

But if we think the war on drugs is a set war, with set rules and set targets, such that anyone with nothing to do with drugs is safe (which does not justify it even so), we have not been listening and watching sensibly; we have allowed ourselves, possibly by some sense of denial and wishful self-preservation, to be hoodwinked and taken for a ride toward our own inclusive ruin.

If fascism begins with a knock on the door, we have been taken well past that. We have ignored the signs and continue to ignore them. When Duterte professed idolatry for the dictator Ferdinand Marcos, called for a hero’s burial for him, and raised the possibility, a mere month into his presidency, of imposing martial law, as Marcos had done, we largely dismissed it as mere words – froth – as in Marcos’ case.

When he proclaimed himself socialist, then godless communist, we thought he couldn’t have known what he was saying, noting the swing too extreme from being rightist and Catholic. Not even as he savages the Americans and their Western allies continuously with profanities, and cozies up to their ideological opposites, the Russians and the Chinese and their Filipino surrogates, we just watch; some of us even cheer.

Apparently challenged, or probably inspired, by such incredible denseness around him, he has decided to invoke Hitler’s name in relation to his own anti-drug pogrom. He even cuts by half the number of Jews Hitler exterminated, from 6 million, to match his own target number: “There are three million drug addicts [in the Philippines]; I’d be happy to slaughter them.”

But trust ourselves to find a way out for Duterte, whom we are simply unable to conceive as Hitler’s twin pea in a pod. Hitler himself would not have been pleased with the comparison; he had a gift of demagoguery; he in fact managed to rally a whole nation around him. He also plotted and ran a world war so well he scared his enemy.

“Hell,” he might have remarked in his comparatively civil German, “I almost won it.”

With apologies to Hitler, he and Duterte are both fascists. The rest are details. – Rappler.com