Recognizing and exiting our troubled times

Oct 26, 2016 3:22 PM PHT
Facebook Twitter Copy URL
Copied
Our world has entered an era of global discontent. A sense of disillusion is felt increasingly across the world that the much-touted benefits of globalization have left large swathes of people behind. From the Middle East to the West Philippines Sea, the world has found itself in troubled and troubling times. The rhetoric intensifies in the US election process as do words from Manila about the US-Philippines relationship.

As Europe has shown, there is no near-term exit in sight, even after votes are cast. Just over a hundred days have passed since Theresa May took office as Great Britain’s Prime Minister [on July 13]. Yet, there and elsewhere, many critical questions remain unanswered.

The economic implications of Brexit and its implementation are still emerging as businesses seek clarity to make decisions that will impact numerous jobs and lives.

Britain’s exit from the European Union will have limited direct impact on the economies of the Philippines, Indonesia or the rest of Asia. Nonetheless, how Brexit unfolds will have serious implications on attitudes toward international agreements, the role of the nation state, open borders and trade, among other issues.

All this is of consequence in Asia and the Pacific, a region of the world still struggling in its own efforts toward greater regional economic and political cooperation.

More critically, an even broader question has come to the forefront. Are people demanding a new global order – on both sides of the Atlantic and across the Pacific as well?

Brexit has shaken many assumptions. Globalization’s benefits, the power of open borders and free markets, existing development models, and the sense that a new, more “progressive” identity was being created can no longer be taken for granted.

Today, from American voters in an ugly US election season to the rhetoric of Philippines President Rodrigo Duterte, we are hearing widespread anger against the governing structures of our time, against inequality and elitism.

Our world has entered an era of global discontent. Brexit is just one of many signals of the deep divisions – economic and social – that characterize many countries today.  A sense of disillusion is felt increasingly across the world that the much-touted benefits of globalization have left large swathes of people behind.

Globalization is under attack for the inequalities it created, the sense of marginality among working classes of developed countries, and an alienating feeling that no community controls its own destiny.  Power had been ceded to an elite that has lost its mandate to rule.

This sense of disempowerment is real and understandable. But is globalization really the root of this? Are there other underlying causes? The jury is still out on these questions.

Amid widespread angst and discontent, in developed and developing nations, the gap between city and country, rural and urban areas, is growing so rapidly that citizens may wonder if indeed they belong to the same nation state.

Inequality has always existed, even in self-described socialist or communist nation states. But today’s connected citizenry are less willing to accept the status quo of inequality. Generations in quick touch with the realities of the world through television and social media are less resigned to destiny and fatalism and are challenging the existing economic order.

This is as true in China or the Philippines as in Britain or the United States. The demands of a restive population need to be addressed. 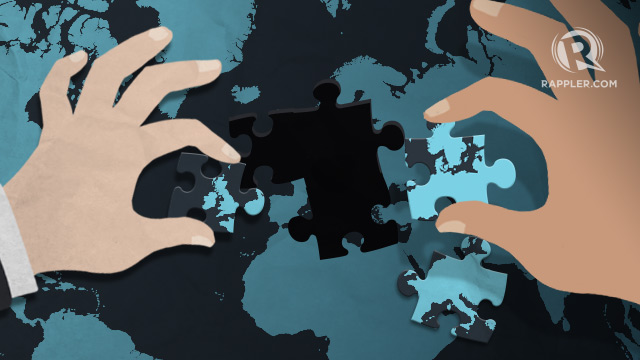 How Britain manages the fallout of its exit from the European Union remains a work in progress, but the world is already reacting as leaders reshape their approaches to integration, immigration and nationalism.

Brexit has taken the romance out of regional integration projects that might have used a once-rising and inclusive Europe as a model.  The 10 nations of the Association of Southeast Asian Nations are a case in point.  The not quite one-year-old ASEAN Economic Community – akin to but much less ambitious than Europe’s grand experiment – is touted now as showing the wisdom of a go-slow and ultimately wiser approach to regional integration and cooperation.

Brexit’s victory at the ballot box also has strengthened “right wing” and parochial tendencies in large parts of continental Europe. Politicians taking a lesson from the Brexit campaign’s rhetoric must now be more circumspect about “open immigration.”

The call of nationalism has become a powerful one. In an age of fractured media and financial crisis, it is refreshingly simple to attract a hard core of passionate voters with a populist, nationalist message. Witness election politics in the United States today, the ascendance of Duterte in the Philippine, and the rise of Marine Le Pen in France.

Nationalism can be a unifying force for good. History, however, has shown that the forces of nationalism, once unleashed, are not easily contained. Blaming shadowy foreign powers and immigrants is much easier than analyzing the root cause of economic problems and devising a strategy to overcome them.

Another implication of Brexit is a generational one. With technology’s growing disruptive force, the millennial generation of the developed world has lost the certainties that the post-World War II generation enjoyed: security of jobs and an ever-expanding economy. They face an uncertain future. Radical promises whether on the left or right offer a siren’s call.

Voters may well choose to look beyond the hypocrisy and inconsistency of anti-elite politicians. Still, the sense of betrayal by and distrust of the elites is likely to endure no matter how Brexit unfolds or the US election concludes. What remains to be seen is how our leaders will address this discontent and anger.  Witness the Philippines, where Duterte once elected has, at least in words, turned his nation’s domestic and international politics upside down.

Our challenge, as individuals in this era of discontent, is to ensure that amid the madness, our own sanity endures. Even more so, our shared challenge is also to ensure that we can still come together to move forward and improve the lives of all. – Rappler.com

Curtis S. Chin, a former U.S. ambassador to the Asian Development Bank, is managing director of advisory firm RiverPeak Group, LLC.  Meera Kumar, also formerly with the ADB, is a New York-based Asia analyst and communications consultant.  Follow them on Twitter at @CurtisSChin and @MeeraKumar212.