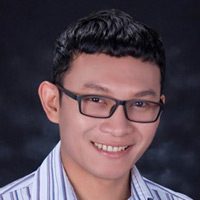 Facebook Twitter Copy URL
Copied
Our ambassador’s position simply refuses to give due recognition to our domestic realities, and trivializes the efforts of government and civil society to ensure that LGBTIQ Filipinos live with dignity

The rights of lesbian, bisexual, transgender, intersex and queer (LGBTIQ) persons have seen progress within the UN, with resolutions aimed at protecting and promoting these rights being adopted in recent years. But the Philippine government apparently does not want to involve itself.

The Philippines has taken a position of “strategic silence” on LGBTIQ concerns. On June 30, 2016, the Philippines abstained on a Human Rights Council Resolution (A/HRC/32/L.2/Rev.1) vote to create a new Independent Expert on Sexual Orientation and Gender Identity (SOGI), a mechanism to help monitor, report, and call attention to governments on human rights violations against LGBTIQ persons in their states. The Resolution was approved by a majority vote despite strong opposition, and the special mandate was created.

On November 21, 2016, a strong move to challenge the legality of the Independent Expert on SOGI and to obstruct its work was defeated. A resolution (A/C.3/71/L.46) was filed at the Third of Committee of the UN General Assembly by conservative states, many of whom continue to harass and criminalize LGBTIQ persons. As a counter-response, several countries led by those from Latin America filed an amendment (A/C.3/71/L.52) to uphold the legitimacy of the Independent Expert on SOGIE and the credibility of the June 2016 Human Rights Council decision. Meanwhile, the Philippines, true to its position of silence, abstained.

Abstaining indicates a lack of political commitment to take a clear stance on the rights of LGBTIQ persons.

This was clearly manifest in the speech the Philippine Ambassador to the UN in Geneva, given during the June 30, 2016 UN Human Rights Council vote. Our Ambassador expressed that the Philippines was not ready to support a mechanism that would pursue a set of human rights standards that apply to persons regardless of SOGI. This is despite the fact that several national legislations already prohibit discrimination on the basis of sexual orientation, such as the Magna Carta of Women (R.A. 9710), the Magna Carta of Social Workers (R.A. 9344), and the Implementing Rules and Regulations (IRR) of the Anti-bullying Act of 2013 (R.A. 10627). Various local government units, including highly-populated cities such as Quezon City, Bacolod City, Cebu City and Davao City, have also passed ordinances penalizing discrimination against LGBTIQ persons.

The fact of the matter is that our ambassador’s position simply refuses to give due recognition to our domestic realities, and trivializes the efforts of government and civil society to ensure that LGBTIQ Filipinos live with dignity.

Also contrary to the ambassador’s speech, agencies within the Executive branch have already taken key steps towards the fulfillment of the rights of LGBTIQ persons.

The Department of Education’s Child Protection Policy (Memorandum Order No. 40) guarantees the protection of all children from all forms of exploitation, violence and discrimination, regardless of SOGI. The Civil Service Commission (CSC) forbids discrimination against LGBTIQ people applying for civil service examinations (Office Memorandum 29-2010), and its Revised Policies on Merit Promotion Plan prohibits discrimination in the selection of employees based on various criteria, including gender. Very recently, the Department of Social Welfare and Development’s memorandum on Fostering a Gender-Inclusive Workplace recognized the right of every employee to wear a uniform consistent with their gender identity.

But these positive developments are not enough. The local LGBTIQ community, together with our allies in the government, will continue to advocate for laws and promote social inclusion. It is important to note that even fellow Asian countries such as Japan, South Korea, Thailand and Vietnam, who have supported LGBTIQ-related UN resolutions, face problems back home. But unlike the Philippines, they have expressed a political commitment to ensure the enjoyment of universal human rights and fundamental freedoms by LGBTIQ persons worldwide.

Reliable sources have pointed out that the government’s abstain position is an outcome of an inter-agency agreement. But their excuse was uselessly vague. Which agencies were involved? What were the arguments? When was the agreement made? Were LGBTIQ activists and organizations consulted?

The only thing clear from this situation is sheer disappointment in an institution that continues to be silent when their duty demands otherwise. Their deliberate exclusion of the LGBTIQ community from meaningful participation on matters related to government’s external human rights policies must be called out. – Rappler.com

The author is regional coordinator of the ASEAN SOGIE Caucus