So what if Mocha Uson is not a journalist? 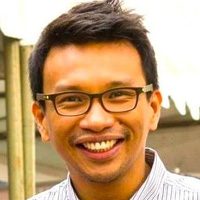 Facebook Twitter Copy URL
Copied
The battle for hearts and minds is no longer just a battle for the truth. It has become a battle in which noise and vitriol have become the most deadly weapons.

So what if she’s not a journalist?

By asserting that she’s not a journalist, Mocha Uson can claim that she stands for the truth.  She has suggested after all that the media industry is biased, even giving its reporters the moniker “presstitutes.”

To be fair, as far as truth is concerned, it does not really matter whether one is a journalist or not. This is because for most of us, we believe what we have been conditioned to believe.  Of course, others may believe the lies they propagate but that is a different issue altogether.

Reality, for sociologists, is socially constructed. This means that the world we inhabit is not a given. We receive it but at the same time take part in creating it. We are born into a society that teaches us its norms, values, beliefs, and practices. We learn from childhood that blue is for boys and pink for girls.

As we grow up, we behave in a manner that is consistent with these lessons.  Failure to do so pits one against the majority. It’s called deviance. The various modes of social control are coercive enough to put you in your place. Boys don’t want to be called bakla, for example, because they don’t want others to think they’re soft, feminine, or crybabies.

But really, what’s wrong with being soft, feminine, or a crybaby?

The lessons we learn at home, school, playground, and everywhere else, although not necessarily absolute, create for us a coherent worldview through which we accept and reject many things around us. It is for this reason that Peter Berger, an American sociologist, once defined religion as a sacred canopy under which the world we inhabit becomes clear and comprehensible. In this light, we need to recognize that Mocha Uson and her contemporaries may in fact be completely convinced that they are fighting for the truth.

Such is the power of religion, worldviews, and political loyalties.

If you think about it, groups tend to be stronger if they offer coherent and strict worldviews about reality. In this sense, Islamic extremists and Biblical fundamentalists are as sold to their ideas as are militant atheists, staunch human rights activists, and Marcos apologists.

Not the only issue Having a worldview, however, is not the only issue: the way we see things affects the way we act upon the world. The power of knowledge, in other words, is not only in offering arbitration on what is right and wrong.  The French philosopher Michel Foucault has shown us that “saying the truth” about our bodies, for example, affects the way we treat and take care of it.

That is right.  But that is not enough.

Check this out: When Mocha Uson claims that she is not a journalist, she does not simply take on a prophetic role to proclaim the truth. Like a choirmaster, she can tell her followers to sing her songs and sing them loud. And sing loud they do.

What then is at stake?

Consequences matter as much as convictions.

It is in this light that Mocha Uson and her followers need to be examined as much as the others who profess to be against them. For example, it is not only knowing what really happened during Martial Law that matters. If that were so, then the debate would never progress beyond “your facts versus mine.” And it has not.

To make it worse, the battle for hearts and minds is no longer just a battle for the truth. It has become a battle in which noise and vitriol have become the most deadly weapons. If you don’t believe this, just look at Rappler’s Facebook page.

This is now the case because we do not interrogate the consequences of our beliefs in which the other person is readily a retard, ignorant, fanatic, or even anti-Christ (another Mocha Uson concoction). Cursing the other is at once its symptom and the language of anger.

Take it a little further and we have blood on our hands.

In the end, when a website asks you to “get real,” your concern cannot simply be whether it presents you facts. That is important, of course. But at the same time, you ask yourself what must you get real for?

You want to get real because you want to make the world a better place in which collective wisdom can coexist with respectful disagreement.  If this were not clear to you, you could be sold not just into a web of lies, but a worldview in which only you are convinced to have found the truth and that everyone else is wrong.  That is how wisdom dies and wars begin.

In other words, the compulsion to be unbiased is only half the battle – journalist or not. – Rappler.com

Jayeel Serrano Cornelio, PhD, is a sociologist and the Director of the Development Studies Program at the Ateneo de Manila University.  His recent book shows that for many Filipino Catholic youth, right living is more important than right believing.  Follow him on Twitter: @jayeel_cornelio.