Part 1: Drugs 101: What you need to know about the PH drug situation Facebook Twitter Copy URL
Copied
Killing people – especially by police and paramilitary forces – has never stopped a drug problem anywhere. Instead, it contributes to a climate of fear, instability, and distrust in law enforcement personnel.

In a country that has been so vocal about protecting human rights and promoting social justice, silence means more deaths.  As of November, almost 5,000 people have been summarily executed, without due process, some of them while handcuffed, in police custody.  Other summary killings have been attributed to the drug lords or drug syndicates. Those killed could have been potential whistle-blowers or “assets.” There are many other unaccounted deaths.

Killing people – especially by police and paramilitary forces – has never stopped a drug problem anywhere.  Instead, it contributes to a climate of fear, instability, and distrust in law enforcement personnel.  It may result in a temporary decrease in supply, a change in the way drugs are obtained, a shift in the drug type being abused, or people fleeing, but lucrative as the illegal drugs market is, there will  always be other person who will surface.

While the killings continue without letup, it is important to understand drug addiction.

What is a drug? What is an “illicit” or an “illegal” drug? A drug is a substance – natural, or man-made, that can affect a person’s mood and function. The effects can be harmful or benign, depending on the dose.  Many drugs are psychoactive – they can influence mental functions and cause dependence such that a person will crave for the sensations of pleasure, or power, that it may create.  Substances such as caffeine, alcohol, and nicotine are the most well known and used, and are legal (the last two are available everywhere, albeit with restrictions).

Substances that are “illicit” or “illegal” – generally considered contraband except for specific medical uses – can be highly addictive, have high abuse potential, and may result in aggressive, unpredictable, or “crazed” behavior. The International Narcotics Control Board (INCB) classifies these substances and their production and distribution as highly regulated. These include substances such as opium, heroin, cannabis (marijuana), cocaine, shabu or methamphetamine, and prescription drugs such as diazepam (Valium).

Most of these substances have proven medical uses – including narcotic painkillers, anti-anxiety agents, cough syrups, or agents used for anesthesia.  Safeguards to regulate supply and use exist, such as prescriptions by physicians or the use of “yellow pads” and “S2” prescriptions by professionals who can prescribe regulated drugs. Some of these drugs and other chemicals are used in the manufacture of more addictive ones.  Pseudoephedrine, found in many cough and cold preparations, is a precursor for the production of methamphetamine.  There are also substances that are thought to be “gateway” drugs – if you try them, they will lead you to use other illicit and more addictive drugs.

Why do people get addicted, or dependent on drugs? There is likely no single reason but some factors may be with the drug itself, personal and personality factors and social and peer pressure.  People take the psychoactive drugs for many reasons – primarily because it “feels good.” Others are encouraged by the supposed “rewards” for taking such type of drugs such as they can help “forget problems,” “think more clearly,” “make me excited, active, alert,” “makes me sleep and rest when I need it,” “makes  me enjoy sensations, music, sex, more.”  However, it is also likely that over time, tolerance to these effects develops, and some of these people need larger or more frequent doses, leading to habituation and dependence.  If they do not have their “fix,” they can exhibit withdrawal symptoms.  Think of what happens when you miss your morning coffee.

However, it should also be clear that majority of people who try drugs do not get addicted and can control their use; some will become dependent and chronically addicted. Some will commit crimes that may be violent and sensational, and may involve celebrities and make it to the headlines, thus fueling public perception relating the crimes to “drug users.” But committing crimes is not limited to the addicted, as this can be attributed to a relatively large dose, a new and inexperienced user, taking different drugs together (drug cocktails) or with alcohol and easy access to firearms and weapons. 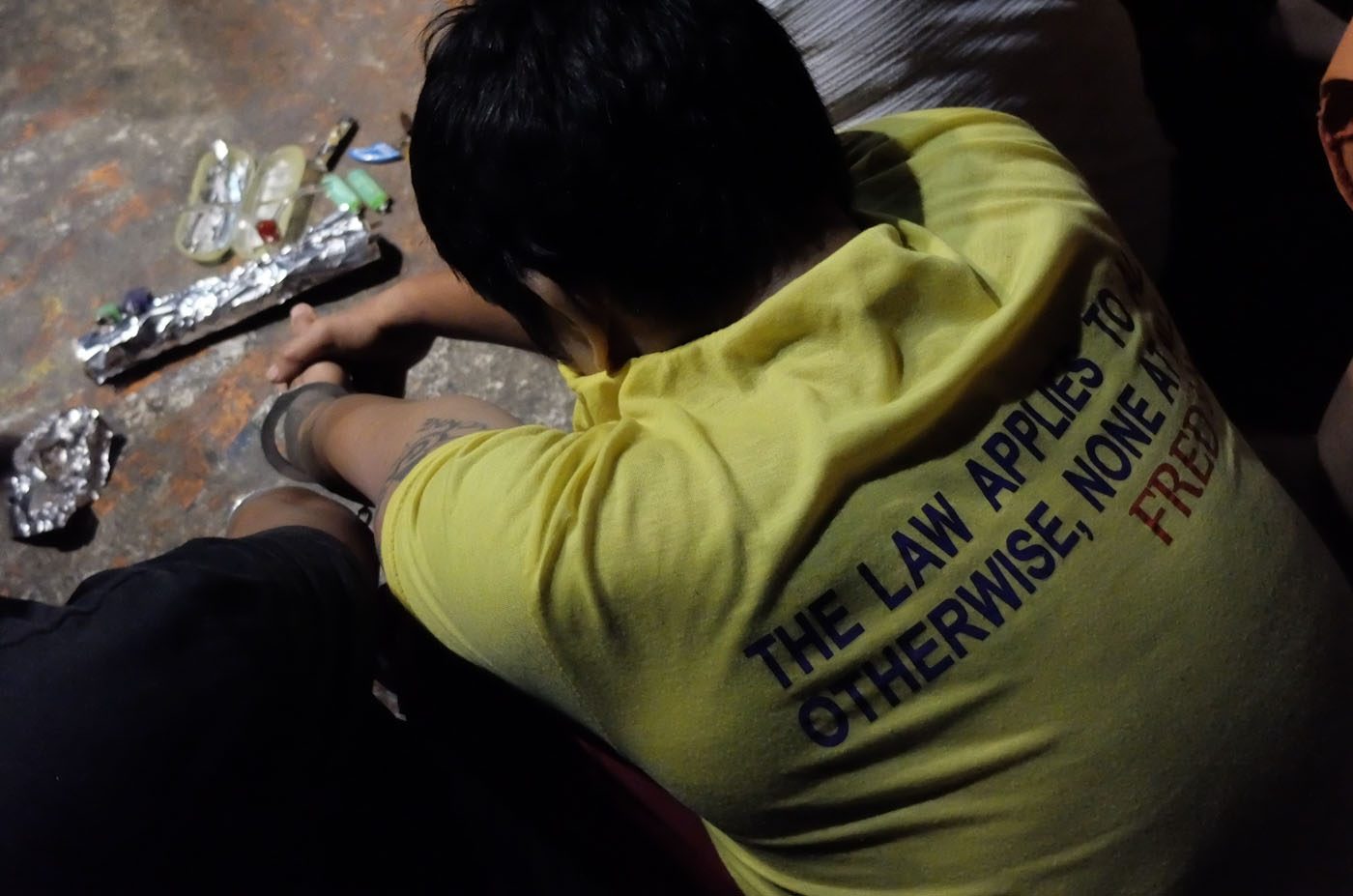 Policy towards drugs can help regulate supply. For instance, sale of alcohol or cigarettes may be limited to those over 18, or may be taxed. Higher prices and warning displays can be a deterrent to use. This information may not change behavior overnight; how many people are aware that smoking causes lung cancer, yet still smoke? In truth, alcohol and nicotine are responsible for more deaths and illnesses worldwide than all the illicit drugs combined.

What are the psychoactive drugs that are most abused in the Philippines and how big is the problem? According to the Dangerous Drugs Board, (DDB) website, the main drug of abuse reported is shabu, followed by marijuana and inhalants (rugby). There are also reports of addiction to cocaine, benzodiazepines (Valium), MDMA/Ecstasy, and Nalbuphine (Nubain), an injectable pain killer.

The National Anti-Drug Plan of Action for 2015-2019 (NADPA), also from the DDB website, states that the numbers of drug users are decreasing.  DDB surveys estimate the numbers going down from 6.7 million (2004) to 1.7 million (2008) and to 1.3 million (2012).  The 2012 study was done in collaboration with the Philippine Normal University (PNU) and involved multistage sampling methods, with over 10,700 respondents in 256 sites nationwide. The main drugs of abuse reported from 2002 to 2010 have remained unchanged: shabu is the most common, followed by marijuana and rugby, cocaine, diazepam/Valium, and Nubain.

How extensive is the drug problem in the country? Barangays are classified according to their degree of “drug affectation.” In December 2013, the NADPA noted that 7,555 barangays or 17.98% of the total of 42,024 barangays nationwide were “drug affected.”  Roughly one in 5 to 6 barangays may be affected, with some more affected than others.

Who uses drugs? Where do the data come from, and who goes into rehab? Apart from the periodic surveys, the Department of Health (DOH) through the Integrated Drug Testing Operations Management System (IDTOMIS) monitors the numbers of drug (urine) tests and the results. Over 3.5 million tests are done each year. Drug tests may be required for a variety of reasons, mainly as requirement for getting licenses, permits, pre-employment requirements, and for law enforcers.

The last IDTOMIS report for the week of April 28 to May 4, 2014, reported 243 positive urine tests out of 53,863, a rate of 0.045% or one positive for every 220 samples. Urine testing also has limitations as it can measure only recent use of shabu and marijuana.

Only one in 300 Filipinos who use drugs have been to a rehabilitation center (4,392 out of 1.2 million estimated users). Drawing conclusions on the magnitude of the drug problem from data of people in rehabilitation would be analogous to writing about the overall health of Filipinos using data derived from hospital ICUs.  They only form a part of the picture.

How does one enter rehab, and what goes on in there? The requirements for admission to rehab are drug dependency examination result from an accredited physician and clearances from the barangay, police, and the Regional Trial Courts of no pending court cases. Getting these clearances may inhibit access to rehabilitation. Those involved in petty crimes may have problems in obtaining the necessary clearances.

Drug dependents being treated by private doctors or who may go to hospitals or rehab centers abroad are not included in the statistics, but they are considered a minority and are generally more affluent than the typical rehabilitation center client.

Several treatment modalities may be used in the rehabilitation centers. These modalities and approaches are described in the DDB website:

It is not clear which approaches have been the most effective in terms of preventing relapse. Theoretically, any rehab program should be intensive, coordinated, long lasting, individualized, sustained and run by experienced professionals.  An authoritative reference, Drugs and Drug Policy – What Everyone Needs to Know, states that treatment for stimulant addiction (such as methamphetamines and cocaine) does not usually work and the most common treatment outcome is relapse. There is no “perfect” approach, and all of them have high relapse rates, thus, there is really no “quick fix” or “magic bullet” to stop drug dependence. In some countries where heroin and narcotic addiction are common, use of drug substitutes is practiced. These substitutes enable users to reduce their dependence on heroin, allow them to be functional, and live a more controlled life.

Not all drug users need treatment. A form of “recovery” is the most frequent form of exit from all types of behavioral problems including, but not limited to, addiction to pornography, computer games, sex, alcohol, smoking, gambling, and drugs.  A combination of factors may help – “growing up,” starting a job, fulfilling familial responsibilities and expectations, experiencing the burdens  of addiction. It does not help if one goes back to a situation where family, partners, and peers continue to abet and encourage use.

Where will all the recent surenderees go? The reported number of people who have  recently “surrendered” to authorities as “drug users” has been reported at 120,000 and still rising.  This sudden surge has led to long lines for admission for rehabilitation. Unfortunately, there are no rehabilitation facilities that can accommodate them, should they fit the criteria for admission. Even if the capacity of rehabilitation centers would magically double, merely 10,000 people could be accommodated – less than 10% of “surrenderees.”   For the majority, there is no rehabilitation program existing and alternatives have to be proposed.  (READ: Part 2: The Philippines as target market for illicit drugs) – Rappler.com