The year of getting things right 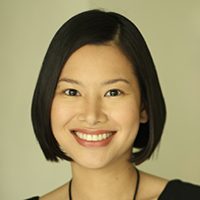 Facebook Twitter Copy URL
Copied
2016 was the year of saying what we don’t like about each other. 2017 must be the year of debating our vision for the future.

Twenty-sixteen was called many names. The year of voting dangerously. The complete meltdown of humanity. The age of post-truth politics. A year of terror, war, and political turbulence. A horrifying look at Satan’s Pinterest board.

There are lessons to be learned from an exceptionally troublesome year. The global wave of populism showed us the beasts unleashed by years of neglecting the voices of disaffected publics. We learned that democracies are fragile. We learned how easy it is to normalize the language of hate. We learned that turning a blind eye is an option, whether it is the state-sponsored murder in the streets of Manila or the slaughter of civilians in Aleppo.

We can’t keep going like this. While 2016 was the year of exposing the harsh truths about our society, 2017 must be the year of getting things right.

What did we get wrong?

To get things right, we first need to recognize what went wrong. A couple of diagnoses come to mind.

First, civility was 2016’s major casualty. Civility refers to our society’s capacity to disagree while simultaneously uplifting each other. Through civility we perfect the art of living with strangers, whether online or offline. As there are no timeless truths that can bind us together, it is only our commitment to civilized discourse that allows us to preserve the sacred space that makes politics possible. Every time a woman with a strong opinion is told to suck someone’s cock, an inch of our democratic space dies.

Civility is not just about politeness. There are instances when confrontation, public shaming and harsh language can expose society’s problems. It is why Duterte’s transgressions – from calling out the hypocrisies of the United States to speaking about the powerlessness of the United Nations – have been welcomed by so many. Incivility may be productive in making us take a second look at issues we take for granted. It does not excuse the public from standing by when politics deteriorates to a blood sport.

Second, this year we have seen the devaluation of reason. From fake news to troll farms, one cannot help but wonder how meaningful conversation is possible when sinister rhetoric has taken over the digital public sphere.

But even more toxic than fake news and trolls is the promotion of false binaries. The examples are many. To be against the drug killings is to be in league with drug lords. To be a Duterte supporter is not to be disente. To reject the Marcos Burial is to be dilawan. To be critical of the President is to be a traitor to the nation.

I find these false categories dangerous because they do nothing to add depth to our understanding of our differences. They sacrifice intellectual acuity in favor of easy slogans that promote prejudice than reflection. They vilify dissent and discourage nuanced positions. They devalue the act of listening. There is a greater allure to name calling, over simply asking why.

Rancorous talk and Manichean thinking cannot be the fuel that makes our society run. We are faced with a regrettable endgame if things do not change. The only ones that benefit from such situations are opportunistic politicians, spin-doctors and unscrupulous business people who are quick to spot opportunities to take advantage of a vulnerable public. Just ask, who makes money out of troll farms? Who earns from fake news websites? What is there to gain with mainstream media’s clickbait headlines? Who benefits from a spiteful and ill-informed citizenry?

We need to get our act together. The politics of creative imagination

The term creative imagination gained notoriety this year when Presidential Spokesperson Ernesto Abella appealed to the public to be cautious when interpreting Mr. Duterte’s controversial statements. “Let’s try to use our creative imagination. Let’s not be too literal,” he said, after the President announced that he would like to “cut ties” with the United States.

More than serving as framework to interpret the statements of a seemingly unfathomable president, I think there is something with the concept of creative imagination that can deepen the way we practice democracy.

Getting things right means going beyond the politics of soundbites. The politics of creative imagination is a more demanding version of citizenship. It requires slow thinking over fast. It delays the immediate gratification of telling off someone online, in favor of actively listening to what others have to say. To practice creative imagination is to recognize one’s role in envisioning how things can be better. It is about being clear on what we like and don’t like, while actively considering the perspective of those who disagree with our views.

For people like myself who have a strong position against the bloody war on drugs and death penalty, the challenge now is to articulate a clear set of alternatives and support programs that show how things can be better. For those who do support the bloody war, 2017 is the time to tell us, the skeptics, what the endgame is.  Does that vision include hundreds of new orphans, and the streets littered with the bound corpses of suspected drug users? Is this what it means to ‘cleanse’ the dregs from society? Can the nation live with its conscience?

Twenty sixteen was the year of saying what we don’t like about each other. Twenty seventeen must be the year of debating our vision for the future.  And to set the stage for this, we must commit to the virtues of creative imagination.

We live in a complex world that demands complex answers. Our political conversations must not be conducted in the vernacular of a three-year-old. The next year will be the critical juncture to get things right. We can’t keep going like this. – Rappler.com

Nicole Curato is a sociologist. She is currently based in Canberra as a research fellow at the Centre for Deliberative Democracy and Global Governance. She is a regular contributor at CNN Philippines and tweets at @NicoleCurato.