War on drugs, war against the poor 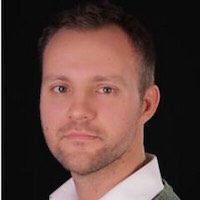 Facebook Twitter Copy URL
Copied
'An industry of murder is thriving, at the expense of the urban poor. Family members we interviewed repeatedly described the 'war on drugs' as a war against the poor.'

As Analyn* was preparing a bottle of milk for her infant child, she heard a knock at the door. One of her husband’s friends answered it. She heard him say, “Sir, please don’t. There’s nothing here,” – and then a gunshot. The police stormed the house, shooting and killing 4 more men, including her husband.

Police officers forced Analyn to leave her house and then searched it. When she returned hours later, her home was wrecked, with blood still soaking the bed where her husband was sleeping. She works in sales, struggling to subsist on her meager income, and she told us the police had stolen her goods, money she was to remit to her boss, and money she had set aside to pay the electric bill. They also took new shoes she had bought for one of her 3 children.

Her story was one we heard repeatedly when it came to President Rodrigo Duterte’s “war on drugs.” Across Metro Manila, Cebu Province, and Mindanao, we documented 33 incidents in which 59 people were killed. Suspiciously similar police reports describe alleged drug offenders violently resisting arrest, causing the police to open fire. Consistent witness accounts show instead that the police are often killing people in cold blood, as they’re begging for their lives.

The more than 7,000 killings to date have overwhelmingly hit the urban poor. And the police and paid killers have built an economy off extrajudicial executions. Witnesses and family members repeatedly told us how the police stole money and other valuables from their homes, and wedding rings off the fingers of the deceased.

In a floating slum in Cebu Province, the police, perhaps having failed to find anything of monetary value, stole a Virgin Mary statue from a family’s altar – after gunning down an unarmed man during a police operation.

Worse, a police officer in an anti-illegal drugs unit in Metro Manila told us that they are paid under the table for killing alleged drug offenders, with payments ranging from P8,000 to P15,000 depending on the target. They receive nothing for an arrest, creating an incentive to kill. The officer also said that certain funeral homes pay them for each body they bring – further impoverishing already poor families who must borrow money to get their loved one’s remains.

Our investigation also shows that many of the killings by unknown shooters are, in fact, carried out with direct involvement of the police. At times, the police disguise themselves as vigilantes to avoid public suspicion about a particular killing; the police officer told us they would be inclined to kill women, in particular, disguised as vigilantes, rather than during formal police operations. Two paid killers told us their boss is an active-duty police officer, and that they receive P5,000 for killing a person allegedly using drugs, and between P10,000 and P15,000 for killing a “drug pusher.” Before Duterte, they said they had one or two “jobs” a month; now, they have 3-4 every week.

President Duterte was elected on promises to be a champion of the poor and to reduce the persistent inequality that has marked the Philippines. Instead, an industry of murder is thriving, at the expense of the urban poor. Family members we interviewed repeatedly described the “war on drugs” as a war against the poor.

Analyn said her husband was not involved in drugs, but that he had friends who were, which she thinks may have brought on the police operation. In her area, she said, many others had been killed, contrasting their experience with the “big fish” who receive quite different treatment: “Those who are rich are jailed and turned into witnesses. How come the poor are being killed? In our neighborhood…they usually kill those of us who have families – people who sell to have a little money. If people had other opportunities, they wouldn’t [sell drugs].”

On January 30, Philippine National Police Chief Ronald dela Rosa announced that the anti-illegal drug units would be disbanded, following the fallout from the killing of a Korean businessman. His statement came after a press conference in which Duterte said the Philippine Drug Enforcement Agency (PDEA) would take over the lead for operations, promising to continue his anti-drug campaign through the end of his term – after having initially indicated it was a 6-month campaign.

This change in responsibility for anti-drug operations must be coupled with a fundamental change in strategy – from one based on punishment and violence to one based on the protection of health and respect for human rights, including standards on the lawful use of force.

Many countries, including neighbors of the Philippines, have tried a heavy-handed approach to drugs. Again and again, such tactics have proven unsuccessful, devastating lives while failing to tackle the root causes of drug use and sale. Poverty and its various manifestations are a problem you treat, not shoot at.

There must also be justice and accountability for those like Analyn who have watched as their loved ones were killed, and as the police planted “evidence” and stole from their homes. The impunity of the police force, encouraged by President Duterte’s statements, has fueled mass killing. The Department of Justice should urgently establish a special task force within the National Bureau of Investigation to conduct independent and efficient investigations of extrajudicial executions, leading to the prosecution of all those responsible, irrespective of rank or status. – Rappler.com

Matt Wells is a Senior Crisis Response Adviser at Amnesty International and one of the authors of the human rights organization’s latest report, “If you are poor, you are killed”: Extrajudicial executions in the Philippines’ “War on Drugs”.

*Analyn is not her real name, withheld to protect her confidentiality and safety.