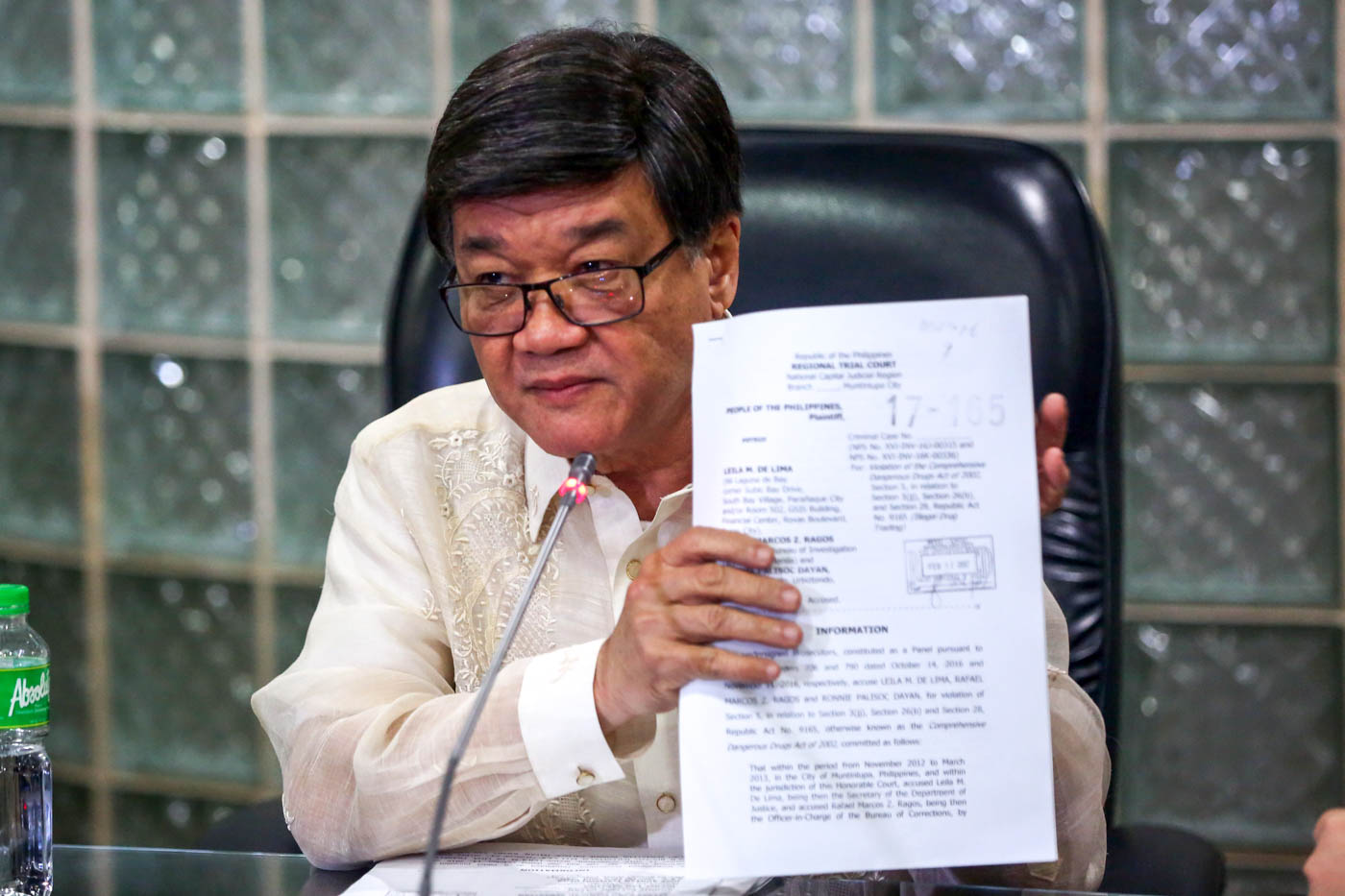 MANILA, Philippines (UPDATED) – The Department of Justice (DOJ) has dropped the drug trade charges against 5 high-profile inmates of the national penitentiary so they can be state witnesses against Senator Leila de Lima.

President Rodrigo Duterte himself had earlier described two of the cleared inmates – Herbert Colanggo and Peter Co – as drug lords “beyond redemption” who would surely die if they left jail during his term.

In a 52-page resolution issued by the DOJ, the special panel of prosecutors dismissed charges of violation of Section 5 of the Dangerous Drugs Act against the 5. They also dismissed charges against former Justice Undersecretary Francisco Baraan III “for insufficiency of evidence.”

The panel also dropped the torture charges filed by inmate Jaybee Sebastian against De Lima. He had alleged that De Lima had him locked up at Building 14 of the NBP when he was revealed as a government asset inside the prison. The charges were dropped “for lack of merit,” the prosecutors said.

De Lima, who is accused of allowing the drug trade inside NBP when she was justice secretary, is facing 3 counts of violation of Sections 5 and 28 of the Drugs Act. Section 5 penalizes the “sale, trading, administration, dispensation, delivery, distribution and transportation of illegal drugs,” while Section 28 imposes maximum penalties of government officials found guilty of the unlawful act.

De Vera and Dayan face two counts of the same criminal charges, while the rest face one count each. The respondents were charged for their alleged participation in the proliferation of illegal drugs inside NBP.

The respondents remain on the lookout bulletin. Once arrest warrants are issued by the court, Aguirre said, the department will also issue hold departure orders against the suspects. – Rappler.com