Mar 11, 2017 5:07 PM PHT
Ian Christopher B. Alfonso
Facebook Twitter Copy URL
Copied
If only Apolinario Mabini's draft constitution was not politicized by his nemeses, Filipinas would have started enjoying the rights they have now as early as 1898 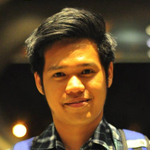 Article 2, Section 14, of the 1987 Philippine Constitution reads, “The state recognizes the role of women in nation building, and shall ensure the fundamental equality before the law of women and men.” It is a testament to the age-old struggle for the gender equality in the Philippines.

Surprisingly, the first constitution that gave birth to the Philippine Republic of 1899 lacked provisions on women.

Not all, however, were asleep during the night of our forefathers. A gentleman born in Tanauan, Batangas, drafted the Panukala sa Pagkakana nang Repúblika nang Pilipinas (Proposal for the Establishment of the Philippine Republic). If only the adoption of the document was not politicized by his nemeses in the Revolutionary Congress in Barasoain Church, Bulacan, Filipinas would have started enjoying the rights they have now as early as 1898.

This man was Apolinario Mabini, the architect of the 1898 Philippine Revolutionary Government.

Constitution teaches how to become Filipino

Consisted of 130 sections clustered into 10 “Casaysayan” (Articles), the Panukala was Mabini’s pass to revolution, he who was initially against it. On June 3, 1898, President Emilio Aguinaldo received a copy of Panukala in Kawit, Cavite. The president suddenly remembered what Felipe Agoncillo, a lawyer stranded in Hong Kong, had told him about Mabini: “Iyan po ay may ulong ginto” (He has a gold mind). Aguinaldo was advised by Agoncillo to get Mabini as his adviser, which he did on June12, 1898.

On July 5, 1898, Aguinaldo ordered the reproduction of Mabini’s Panukala and several copies have survived until today. It was distributed to all the military and government officials for comments. Mabini penned it in Tagalog, understanding that not all were well-versed in Spanish.

The women in Mabini’s grand plan 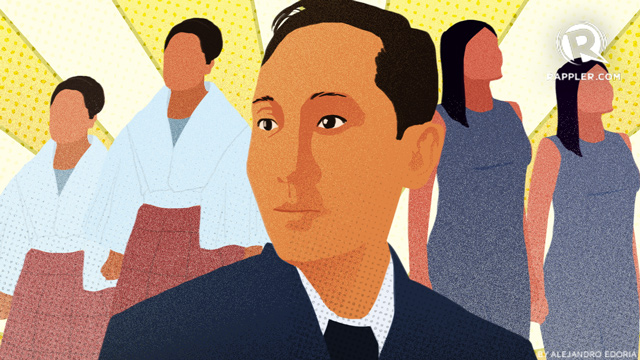 The Panukala of Mabini was distinct among all patriotic works of the time for it was the earliest political work by a Filipino with great significance (proposed as Philippine constitution) that pushed for women’s rights.

The notion of “bayan” (people) in the introduction of the Panukala includes “ang manga babaying may puri” (the honorable women) of the country, attesting that they were “great partners in the affairs of the country.”

The first provision on women (Article 1, Section 17) consists of 3 paragraphs that:

The legislative provision under Article 1, Section 18, states that a law on gentlemanliness and on protecting women from abuse and dishonor should be enacted. This special provision is in acknowledgment of the “calamangan” (edge, pertaining to the physical attributes of both genders) of men which this nation should consider “sa boong panahon” (in perpetuity).

Under Article 3, Section 24 (on the Philippine Congress), women are given the right to be nominated and be elected as “Tagatayo” (congressman) – the highest elected position the Filipinos can aspire for – provided they are 25 years of age.

The last article in the Panukala is devoted to universal education. Mabini ensured equal access to public education and world knowledge (Article 10, Section 125).

Because he was a nobody given with great power as Aguinaldo’s alter ego, Mabini earned the envy of elite, seasoned lawyers, and intellectuals who composed the Revolutionary Congress. In Mabini’s original design, the Congress neither had legislative power nor the mandate to become a constituent assembly, but served as adviser to the president.

However, on September 15, 1898, at the inauguration of Congress in Barasoain, Aguinaldo implored the congressmen to write a constitution. Mabini was in shock upon hearing the president’s speech. A committee to draft the constitution was created, junking Mabini’s Panukala. (Historian Teodoro Agoncillo said it was Felipe Buencamino, a senior lawyer and member of Congress, who wrote the speech of Aguinaldo.)

Even though Mabini’s Panukala ended unrealized, it remains a testament to the earliest championing of women’s rights in this part of the world.

Mabini’s mother Dionisia, according to historian Cesar Majul, influenced the national hero greatly. She died a year after she got soaked under the rain from selling coffee produce and walking kilometers from Taal to Bauan, Batangas, so she could buy Mabini a new suit needed in school. The mother earned only a peso, which Mabini carried with him wherever he was.

According to historian Ambeth Ocampo, after Mabini’s funeral in May 1903, Mabini’s siblings found in his belongings the only money he left them: the one peso coin he received from his mother, wrapped in white handkerchief. That coin, according to Ocampo, reminded Mabini to be humble always.

Shortly before he died, Mabini finished his memoirs La Revolucion Filipina (The Philippine Revolution) while in exile in Guam. It is classified as memoirs, but the content is less on himself and more on the struggle of the Filipinos for independence.

While the content of Mabini’s memoirs is critical and aggressive, his dedication page is a loving homage to his mother.

In the conclusion part of the memoirs, Mabini speaks about the “immense disappointment” that he felt every time he hears of “acts of violence committed by Filipino soldiers on the persons of Filipino women.”

Mabini continued: “How do we expect the foreigners to respect our women if we ourselves gave the bad example by our show of non-respect? Do we Filipino males aspire to be respected if our women are not respected? In the traditional code of nobility of the ancient nations, respect for women is indicated as a principal virtue of the fearless and righteous knight, because protecting the honor and the life of the weak and the helpless is a sure sign of greatness of heart and nobility of soul.” – Rappler.com

Ian Christopher B. Alfonso is a researcher at the National Historical Commission of the Philippines. A social studies major from the Bulacan State University, he is finishing his Masters of Arts in History at the University of the Philippines in Diliman. He is the founder of the National Youth Forum on Heritage, and a founding director of Project Saysay, a youth-led advocacy that promotes patriotism by distributing free posters of heroes’ quotes to public schools.