Has ‘overwork’ taken on epidemic proportions in the country?

Last week Senator Grace Poe cited data from the Philippine Statistics Authority (PSA) showing that, as of 2015, around 8.1 million Filipinos were considered overworked (or worked for more than 48 hours in a week). This number represents a 41% increase since 1995.

According to Senator Poe, this finding is crucial since “several studies have shown that excessive work hours could trigger serious health problems and even cause death.” Indeed, overwork can lead to higher risks of impaired sleep, depression, and heart disease (among other things). Overworked employees are also not necessarily more productive because of their longer hours.

The latest statistics prompted Senator Poe to initiate an investigation that will inform future legislation to ensure “just and humane work conditions” for Filipinos.

But in this article we take a closer look at the data. First, although more Filipinos are overworked, the problem is not as extensive as it seems, given that the number of employed Filipinos grew even faster. Second, the issue of underemployment – which comprises those who want to work more hours – is a similarly disturbing matter that needs just as much attention.

The extent of overwork

In February 2017 the PSA released a report entitled, “Decent Work in the Philippines,” which features statistics on overworked Filipinos. 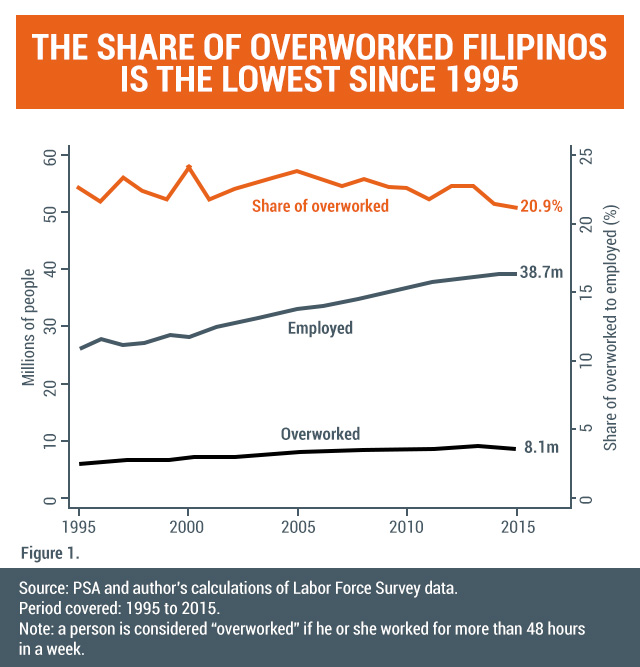 In other words, the extent of overwork did not become terribly more serious over the past 2 decades. In fact, it has declined to a record low: a smaller proportion of employed Filipinos are now overworked compared to 1995.

The extent of underemployment

Perhaps just as troubling, however, is the extent of employed Filipinos who say they want to work more hours, or the “underemployed.”

Following international standards, the PSA defines the underemployed as those who desire “to have additional hours of work in their present job or an additional job, or have a new job with longer working hours.” 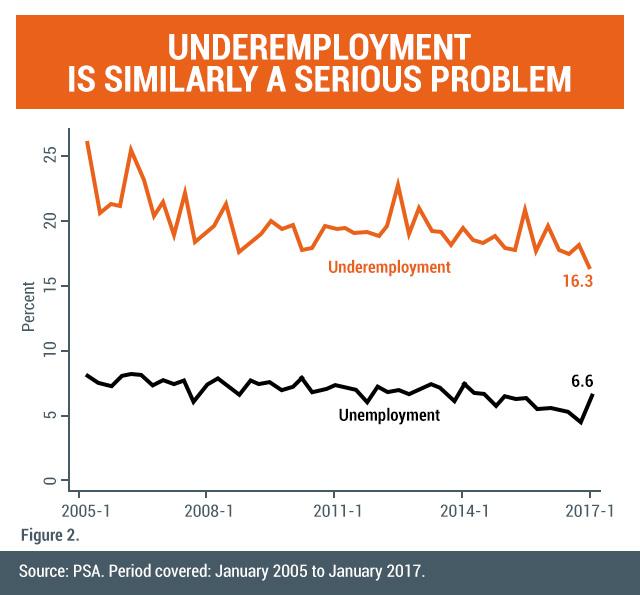 The prevalence of underemployment is troubling from the viewpoints of growth and equity.

From a growth viewpoint, it’s not enough that more Filipinos have jobs. Instead, we want them to work in high-quality jobs where their skills and knowledge can be utilized most productively. Otherwise, not only will workers be unsatisfied with their work, but national productivity and growth will also suffer.

From an equity viewpoint, some studies show that most of the unemployed are actually nonpoor (e.g., college graduates waiting for good job prospects), while most of the underemployed are poor. Hence, some economists contend that solving underemployment might help a lot to abate poverty. 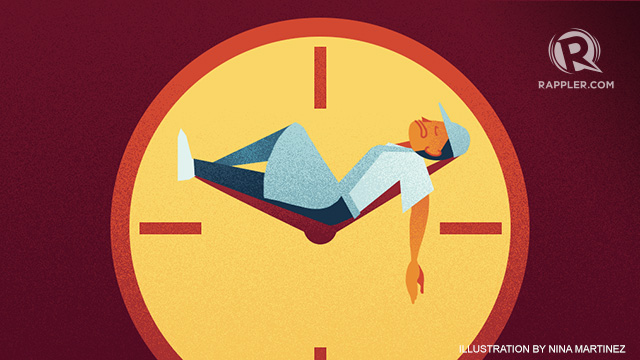 Who are the overworked and underemployed?

The issues of overwork (working excessive hours) and underemployment (wanting to work more hours) are distinct problems. But they both highlight the crucial importance of ensuring job quality in our labor markets. What can we do about them?

First, we can start by identifying the occupations that are most affected by overwork and underemployment. By doing so, we can introduce regulations and policies in these occupations to improve their working conditions.

Table 1 shows the top occupations where we can find the overworked and underemployed. On the left, one can see that most of the overworked are: general managers and proprietors; blue collar workers (such as domestic helpers, launderers, and messengers); and models, salespersons, and demonstrators. Meanwhile, on the right, as many as 34% or over a third of underemployed workers can be found in agriculture- and fisheries-related trades. 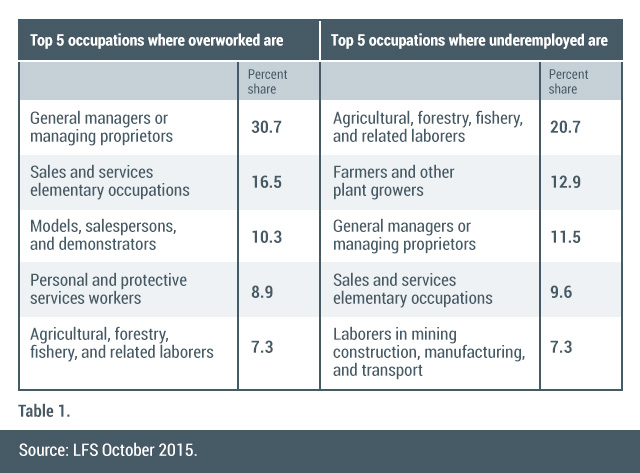 Second, more research needs to dwell on the reasons behind overwork and underemployment. For instance, overwork may sometimes be a consequence of the nature of certain jobs, so policies might do little in reducing work hours.

Also, underemployment may be expected in jobs characterized by seasonality (as in agriculture). In any case, to be effective, interventions need to be informed by more studies about the determinants of overwork and underemployment.

Third, some experts believe that overwork and especially underemployment are symptomatic of a high “education-skills mismatch.” For instance, overwork may be the result of professionals being forced to do tasks beyond their expertise, so they work longer hours than usual. Also, underemployment may be the result of highly-educated workers finding work in menial jobs. By reducing the gap between our graduates’ skills and the firms’ demands, we could reduce long work hours and the underutilization of our people’s skills.

In sum, we need not worry too much about the increase in the number of overworked Filipinos cited by Senator Poe. Some labor-related statistics are just better reported in terms of percentages or shares, to account for changes in the labor force and the number of employed Filipinos over time.

Perhaps a better target for research and policy is how we can generate higher-quality jobs (and not simply more jobs) to address the distinct but equally important problems of overwork and underemployment.

A better understanding of excessive and inadequate work hours will bring not just more workplace satisfaction, but also higher growth and greater equity for the country. – Rappler.com

The author is a PhD student and teaching fellow at the UP School of Economics. His views do not necessarily reflect the views of his affiliations. Thanks to Kevin Mandrilla for helpful comments and suggestions.