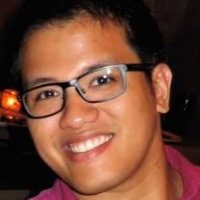 The Paris Agreement is a landmark international agreement between 194 countries to reduce carbon emissions and curb climate change. With the Paris Agreement ratified, the Philippines must implement policies for a low carbon future.

What are low-carbon policies that the Department of Energy (DOE) can implement while still working towards providing low cost electricity?

The DOE has been clear in its direction to encourage the energy industry to provide the least cost of electricity. This is why Secretary Cusi has been lukewarm to the idea of a 3rd round of Feed-in Tariff (“FIT”) incentives for Renewable Energy (“RE”) projects.

The FIT is an incentive program that promised qualified renewable energy developers a premium rate for all the energy that they produce. For instance, the FIT program initially guaranteed a rate of P9.68 for every kilowatt-hour produced by a qualified solar farm.

However, the FIT has been unpopular due to the feed-in tariff allowance (“FIT-All”) line item found in our electric bills. The FIT-All is a charge on everyone’s electric bill amounting to an additional PhP 0.124 per kWh, and is used to pay for the premium in RE generation.

To its credit, the FIT spurred the development of over 1000 MW of new renewable energy projects. The FIT allowed developers to bring RE technology and financing to the Philippines.

The next policy to encourage renewables is the Renewable Portfolio Standard (“RPS”).

The RPS is the best way to keep the momentum of renewable energy development in the Philippines while keeping in line with the DOE’s direction of providing the least cost of electricity.

The Renewable Energy Act of 2008 defines the RPS as “the minimum percentage of generation from eligible renewable energy resource.” In a nutshell, it requires that a certain percentage of our electricity use come from renewable sources. The RPS protects renewable energy from having to compete with coal and other fossil fuels, which are cheaper, but have adverse effects on climate, health, and the environment.

The RPS is an avenue for the country to get the cheapest renewables.

Once implemented, it can motivate developers to build RE power plants. And when combined with the mandated Competitive Selection Process (“CSP”) in the procurement of power supply by distribution utilities, consumers can be assured that the generation company that offers the least cost RE bid wins the supply contract.

To illustrate how the CSP lowers prices for renewables, Meralco recently had a public invitation for a price challenge for two solar projects. The initial price offer for these two solar farms was PhP 5.39 per kWh. However, because of challenges from other developers, the final price will be PhP 4.69 per kWh or lower. These solar developers are now able to offer prices at half of the original FIT rate offered in 2015 of PhP 9.68 per kWh. These lower rates are due to declining project costs and more financing options.

An additional benefit of the RPS is that it will help promote rooftop solar because net-metering is considered as compliance to the RPS. This will incentivize distribution utilities like Meralco to encourage households to install solar panels on their rooftops.

All in all, the RPS can address the administration’s least cost energy goals while still encouraging renewable energy generation. Approving and implementing the RPS rules will go a long way towards securing a low carbon future. – Rappler.com

Juan Antonio Oposa is a lawyer specializing in renewable energy while Vicka Victorio-Oposa works in the field of sustainable development.