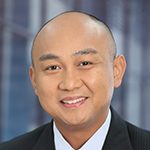 Facebook Twitter Copy URL
Copied
This is perhaps the tactical objective of terrorists attacking democracies: to force countries into draconian measures by increasing the trade-off between security and freedom

Very recent events in Marawi City are a stark reminder of the serious security and governance challenges facing the country.

This is not the first time the Maute group and others like it have threatened the lives and livelihood of Filipino citizens. Every attack is a reminder that our citizens, tourists and investors remain at risk in some parts of our country. The operative word here is “some.” All evidence so far suggests that the vast majority of our country is a safe place to live and invest in, where institutions can be trusted to function in support of democracy and the economy.

This makes the Marawi City events even more pernicious. In the eyes of the global community, perhaps their perception of risk in our country – and most especially Mindanao – will probably deteriorate because of the attacks. And the declaration of martial law may or may not address this.

For our citizens in Mindanao, we have to break out of the cycle of conflict and underdevelopment that ultimately feeds conflict in that region. Resorting to extreme tools like martial law will not get us there, as long term investments are reassured not by a regime of fear and harsh policies, but by trust in enduring good governance and effective institutions.

In conversations with Mindanawons and local government leaders in the region, they lament the sordid reputation foisted on this economically promising region in our country, in part due to the lack of nuance that media (sometimes both domestic and foreign) often fail to convey. This is Mindanao’s burden, and that is why it is a relatively easy target, since terrorists effectively hold it hostage with every attack that gives the entire island the risky reputation that it hasn’t really earned.

Here, I recall a conversation with Mayor Beng Climaco years back, as she lamented how media reported on conflict incidents from Zamboanga City, giving the impression that it is always severely affected by conflict in other parts of Mindanao, such as Basilan and Sulu.

This is perhaps the tactical objective of terrorists attacking democracies the world over: to force countries into draconian measures by increasing the trade-off between security and freedom.

Perhaps it’s this trade-off that has triggered debate on the appropriate response to the situation, notably after the President’s declaration of martial law in Mindanao, and his vocal consideration of extending this to the rest of the country.

I don’t believe there are many citizens or analysts who believe it is necessary to apply martial law on the entire country. I would argue that is a non-starter, and will credit this yet again to the President’s bravado (for which he is known).

The key question then would be whether a Mindanao-wide martial law is necessary. Here it would seem that the publicly available facts appear to fuel very mixed views.

Some believe that martial law in Mindanao could produce a stabilizing effect on the situation; and it could enable government forces to pursue and destroy these terrorists. In fact, there are businessmen and citizens who support this view, and at least one government official in the economic team, Secretary Ben Diokno, has defended the President’s call. On the other hand, there are at least two counter-arguments.

Much less prone to abuse

One is by those who believe that martial law augers back to the dark history of our country, and they worry that this signals a slide in our governance.

The response to this, of course, is for government to clarify that martial law under the 1987 Constitution is much less prone to abuse, and includes safeguards that allow for the continued checks and balances from the judiciary and Congress. Nevertheless, the President’s own words appear to contradict this, by directly invoking the harshness of the Marcos Martial Law experience. Perhaps the President is prepared to pay the price of more negative perceptions just to drive home the point to the terrorists.

Of course, the other argument is that martial law is not necessary at all – something the military actually publicly acknowledged earlier this year. Here, General Año is in an awkward situation of having to oversee martial law over Mindanao, when he (through his spokesman) claimed it would not be necessary just last February. In fact, many hailed that statement then as a signal of the AFP’s institutional strength and how far it has come since the dark years of Marcos’ Martial Law.

Further inconsistencies between pronouncements of the President (that we are fighting ISIS) and clarifications by the military and other security analysts (e.g. that these are homegrown terrorists, not ISIS, or at least not yet) add further to the confusion.

Institutions and governance vs terrorism

The mixed views on the President’s call for Mindanao-wide martial law will be difficult to unify, given information on the ground that is still emerging (and much is not made public for obvious security reasons). Nevertheless, we should recognize that true victory against terror lies in building enough capability – and hence trust – in our institutions (including the security sector’s ability to protect the population in part through an effective intelligence network) so that we will never have to wield martial law again.

In the words of one security analyst, eventually martial law can create a chilling effect on the local economy, and even the broader economy. Under these conditions, terrorist groups will be able to recruit more idle young people. Resorting often to extreme tools like martial law could be self-defeating.

Hence, our national debate today lies in the dividing line between those who think our government institutions and the armed forces can get it done without declaring martial law, versus those who have had enough, and see martial law as the only solution left.

To be forced into this decision leads me to conclude that while the terrorists lost the skirmish in Marawi City, they may have won a tactical advantage against our democracy. – Rappler.com