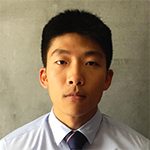 Facebook Twitter Copy URL
Copied
As anti-discrimination legislation languishes in Congress, removing uniform and hair length restrictions is an easy place for schools to start protecting their students from discrimination

“In high school, if you had long hair, the teacher would call you up to the front of the class and cut your hair in front of everyone,” Marisol, a 21-year-old transgender woman in Manila, told me. “That happened to me many times. It made me feel terrible. I cried every time.”

As documented in a new Human Rights Watch report, this kind of public humiliation is all too common for lesbian, gay, bisexual and transgender (LGBT) students in the Philippines, where many secondary schools and even universities impose rigidly gendered uniform and hair-length restrictions on students according to the sex they were assigned at birth, nominally for school discipline or pride.

However, when students asked about the policies at their respective schools, in many cases teachers and administrators provided little to no explanation for these requirements. “I’ve asked them if having short or long hair will affect my performance as a student,” said Felix, a 22-year-old gay high school student in Legazpi. “The administration says, no: you just have to cut your hair, you’re a boy.”

Not only do these restrictions have zero educational value, they can be extremely damaging for LGBT students’ mental health and ability to learn.

Students who do not conform to these requirements are often subject to harsh disciplinary action from teachers and administrators, including being refused entry to school grounds, kicked out of class, suspended from school, or publicly reprimanded and shamed. Alarmingly, several students we interviewed reported extended school absences, transferring schools, or dropping out entirely to avoid conflicts with teachers and administrators hostile to LGBT and non-gender conforming students. 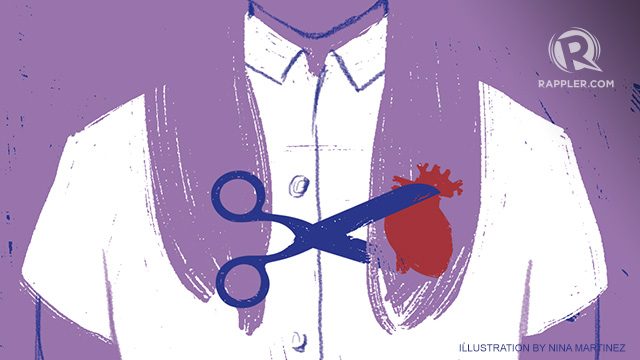 Human Rights Watch also found that even when students are formally permitted to wear the uniforms of their choice by administrators, school personnel can still harass or humiliate them in practice.

Dalisay, a 20-year-old woman at a university in Caloocan with no formal uniform or hair length policies, said, “when I enrolled in college, I talked to the head of the office for student affairs, and told her that I’m not comfortable wearing a skirt. We’re allowed to wear slacks, but she said, ‘What are you, you’re a female, right?’ I was speechless. The guards are also a nightmare. They’ll ask, ‘Why aren’t you wearing women’s shoes?’ And sometimes they’ll even look me up and down from head to toe, which is really uncomfortable.”

This kind of discrimination infringes upon students’ rights to education and freedom of expression, and contravenes both domestic and international law – including the Philippine Constitution and Child Protection Policy, and treaties the Philippines has ratified, such as the Convention on the Rights of the Child and the International Covenant on Economic, Social, and Cultural Rights.

The need for a comprehensive anti-discrimination bill that protects LGBT students in the Philippines is clear. As Representative Geraldine Roman,  the first transgender woman in Congress, said last November, “We are your family; your friends; your schoolmates; your colleagues at work… We are proud Filipinos, who just happen to be LGBT. The question is: do we, as members of the LGBT community, share the same rights as all other citizens? Does the State grant us equal protection under our laws?”

The answer – in schools and in the Philippines more broadly – should be an unequivocal yes.

As anti-discrimination legislation languishes in Congress for the 18th straight year, removing uniform and hair length restrictions is an easy place for schools to start protecting their students from discrimination, regardless of sexual orientation or gender identity. – Rappler.com