Children as combatants in the Philippines 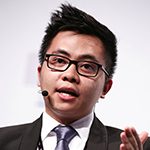 Facebook Twitter Copy URL
Copied
To stop the recruitment of children, the Philippine government must recognize the need to institutionalize counter-radicalization programs

The Philippines has one of the most long-standing conflicts in Southeast Asia, with armed groups including Muslim separatists, extremists, communists, and other rebel organizations. These different groups carry respective ideological causes and struggles that most of the time reflect the execution of violence.

The complex narrative and distinct contextual description of these groups do not only hold involvement of armed adult men but also engage recruitment of children as combatants who will replenish their ranks.

According to the Office of the Special Representative of the Secretary-General for Children and Armed Conflict, the recruitment and use of children during conflict is one of the severe violations identified and condemned by the United Nations Security Council. In most parts of the world where conflicts are prevalent, children directly take part in combat. In the Paris Principles on the Involvement of Children in Armed Conflict 2007, a child soldier is defined as having an association with an armed force or armed group, recruited or used by the said organization in any capacity, including but not limited to children, boys and girls, used as fighters, cooks, porters, spies or for sexual purposes.

Recently, as the siege in Marawi City continues, the ISIS-linked armed group is allegedly recruiting children as soldiers to fight against the Philippine government forces. The said armed group is using the message of martyrdom for children to employ in training and equipping them for fight. But the question is why the children? (READ: I met a former Maute soldier. He’s a child)

In a study released by the Philippine Human Rights Center (PHILRIGHTS) in 2005, 75.3% of children serve as combatants while 24.7% supply auxiliary and support functions and political organizing. The major reasons for joining the armed group is an amalgamation of varying factors – poverty and perceived government neglect; membership and affiliation of family members in the armed group; victims of abuse, exploitation and injustice; subscription to a particular political ideology; and secessionist promotion. Children who serve as soldiers are deprived by their right to play and reject the idea of playing as an integral part of their growth and development due to sensitive vigilance and security considerations in camps.

The Philippines, as a signatory to the Convention on the Rights of the Child and its Optional Protocols, and has committed to eradicate the recruitment and engagement of children as combatants in conflict prohibited under two laws pertaining to child labour and abuse (Republic Act 931 and 7610) has shown minimal development in resolving the crisis, despite the conscious strides of the Philippine government to stamp out the participation of children in combat.

In 2008, the Coalition to Stop the Use of Child Soldiers reported that up to one-fifth of the Philippines’  communist insurgents’ 7-500 force were under 18 years old, while children made up 13 percent of the 10,000 members of the Moro Islamic Liberation Front.

The problem of child recruitment has been long existent in the Philippines, and is not a new issue. This crisis does not only require government interventions through confidence-building measures but also calls for immediate and strong constructive engagement from various civil society organizations and the people. The above-mentioned factors why children fall for propaganda mechanisms by rebel groups only reflect the lack of socio-economic interventions in these depressed areas – causing the children to further the cause of these armed groups as instruments for their political and ideological reasons; and to justify the use of violence in painting a greater purpose of the group’s existence and operations.

The use of children, however, to execute violence has been a way of convincing the minorities to hold arms and carry out revolutionary aggression against government forces to legitimize causes using the narrative of poverty and social injustice. To stop the recruitment of children, the Philippine government must recognize the need to institutionalize counter-radicalization programs.

In Southeast Asia, Singapore has one of the more effective counter-radicalization measures as it adopts social resilience as a strategy for counter-terrorism. The concept of Inter-Racial Confidence Circles (IRCCs) and Harmony Circles for schools, work places, and other organizations was introduced in 2001 right after the (Jemaah Islamiyah) JI network was exposed. Furthermore, a National Steering Committee was established to provide expansive guidance for IRCCs to broaden their inter-racial and inter-religious affinity within communities.

It is important that the Philippine government and civil society recognize immediate responses to minimize the potential expansion of these insurgent and extremist groups by using children as replacement in furthering the cause of terrorism. The use of children in the frontline of combat carries two defining message for the Philippine society – (1) upfront neglect of state responsibility to resolve and address the main reasons of children joining armed groups; and (2) the creation of more conflicts in the country.

Children need no arms; and the only way we can help them get rid of any potential involvement in terrorism is when we provide them with ocial services such as education, and opportunities for holistic development. – Rappler.com

Reuben James Barrete is a development worker focusing on human rights and social protection. He is finishing his master’s degree in International Studies at the University of the Philippines Diliman.