Have we lost all decency?

Normally, I disagree with these doom and gloom pronouncements made by this and that pundit about the immorality of this or that age.

Seems to me every generation thinks, after it reaches a certain age, that the world is falling apart and has lost all its morals. As one website notes the August 1908 issue of a periodical called “Bassett’s Scrap Book”  quoted this allegedly ancient text from 5000 BC: “We have fallen upon evil times, the world has waxed old and wicked. Politics are very corrupt. Children are no longer respectful to their elders.”

And it would seem that this quotation has appeared repeatedly since then. Quoted every 10 years or so in periodicals. Growing up, I too remember older people saying this of my generation. Funny since, as it turns out, apart from SOME of my generation experimenting with drugs and free love, SOME of us managed to unseat a murderous dictatorship.

My sense is older people who are frightened of the changes that happen in society in the course of a lifetime need to find a scapegoat for their fears. Easy enough to blame the young. As one Harvard Crimson Essay in 1922 notes: “Are we really so much worse than our forefathers? Or was that philosopher wrong who said that every generation thinks its children lawless? Not that we object to all this talk, amusing as it is, but we should like to know whether the constant struggles to be horrible examples is unique with our age alone. If we have succeeded in stirring up the wrath of the just for the first time, we should at least get credit for that.”

Immorality at the highest levels

In the Philippines, it is the other way around. Our aging national leaders have become wanton and debauched.

I refer of course to the statements of Speaker Pantaleon Alvarez, when confronted with the fact that he has a mistress who even accompanies him on official trips. He said several things, including extramarital affairs, were common things these days. Also that if disbarment proceedings would be started against lawyers who had mistresses, there would hardly be  any lawyers left.  In short, that many lawyers had “girlfriends”. He also admitted to fathering many children with other women.

So unless Alvarez was encouraging lesbian rights when he crowed that every lawyer has a girlfriend, clearly he was just being a sexist. Add to this his scourging of Senator Leila de Lima for having a lover, and we can add hypocrisy to his sexism.

Leaving that aside, male lawyers of my acquaintance and in social media, many of them quite established, were equally quick to proclaim that they did not have mistresses. I am happy to note as well that many of them were young.

To add to the general debauchery, President Rodrigo Duterte defended Alvarez using the very same logic. But this time he refers to all lawmakers. As he includes himself as well, saying that if this issue would be taken against Alvarez “ all of us would lose our ranks”. I suppose he means all men of a certain rank. He too remains blissfully sexist in his ignorance that women lawmakers and executives  exist.

It is one of the reasons Philippines is ranked consistently high in terms of gender equality. (Parenthetically I will call the attention of the people who make these surveys that many Philippine women’s organizations find their criteria questionable. Proof of which is that a supposedly gender fair society has elected a President, a Speaker of the House and any number of lawmakers and executives who believe in taking a predatory approach towards women.) 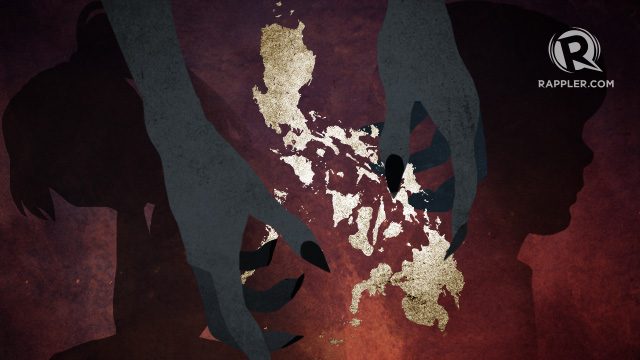 Now I know that the apologists will be livid because of my use of the term “predatory”.  But I must remind the reader of the President’s rape jokes and incitement to soldiers to repeatedly rape in a Mindanao that is under martial law. He said this in the context of showing his full support for his soldiers. He shows again that women with roles other than giving men sexual pleasure, are an unknown element to him. I mean to say, that he doesn’t realize the increasing number of women in the military.

He probably also doesn’t realize what such jokes reveal about his soldiers. That understanding and supporting them means understanding and supporting rapists. Again, it is encouraging that some of our soldiers and officers, who are certainly younger than their commander in chief, understand that they are there to protect all citizens including women, who, no matter what the President says happen to be citizens of equal value.

In the matter of mistresses Duterte adds that having mistresses is something that cannot be denied a person because, as he notes, no one should be denied “happiness”.  I think he should go tell that to Sen. De Lima who he has consistently slut shamed for not denying herself a lover. Apparently in the macho world of our current leaders, men cannot be denied happiness and women can’t have much.

And it is not just the sexual double standard that is at issue here. After decades of counseling with abused women, I can say without a doubt that brazen infidelity is psychological torture for the woman (or man) partner of the unfaithful person. I can tell you endless stories of children growing up scarred by their father’s betrayal. Thus I found it appalling yet again when the President says at a recent talk that he has yet another girlfriend because his wife and current common law wife are “old”.

There is a stereotype that feminists, in demanding sexual equality for women are demanding an increase in licentiousness. Those who say this forget that feminists seek sexual equality under a new regime of sexual morality that begins with equal rights to consent, to fidelity, to nurturance, to loyalty and if necessary, to freedom from an unfaithful partner.

But if feminist standards on the matter seem too unrealistic, can we please just note that what we are seeing is the open flouting of a number of codes of conduct for public officials?

No. It isn’t the youth who are lawless and debauched in the Philippines. It is the old men who lead the country. – Rappler.com

Sylvia Estrada Claudio, MD, PhD, teaches Women and Development Studies at the College of Social Woek and Community Development, University of the Philippines.