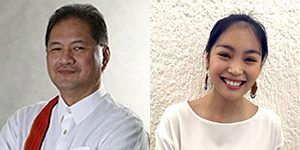 Facebook Twitter Copy URL
Copied
We analyze the recent Supreme Court decision which upheld President Duterte’s Proclamation No. 216, to discern how the Court might answer anticipated petitions in the event of an extension of martial law in Mindanao

Following such, we also predict another round of litigation on the matter. The question now is how will the petitions be received by the Supreme Court?

We analyze Lagman vs Medialdea, the recent Supreme Court decision which upheld President Duterte’s Proclamation No 216, to discern how the Court might answer these anticipated petitions. We have divided our analysis of the decision into what we see are the positive outcomes of the Lagman case, followed by its negative consequences. At the end, we make our final analysis of the decision and what it means for the future of our democracy.

‘The good’ in Lagman vs Medialdea

Jurisdiction of the Court in a sui generis issue

In Lagman vs Medialdea, on the procedural issues, the petitioners actually prevailed. The Court ruled that the petitions are sui generis, authorized by Section 18, Article VII, of the Constitution. The Court rejected the argument that grave abuse of discretion is the standard it must apply to determine the validity of the President’s action. It affirms that the Court can look into the sufficiency of the factual basis of the declaration of martial law. The test of validity is not arbitrariness but sufficiency of the factual basis which the Court can look at.

The Court held that a plain reading of Section 18, Article VII reveals that it specifically grants authority to the Court to determine the sufficiency of the factual basis of the proclamation of martial law or suspension of the privilege of the writ of habeas corpus. The jurisdiction of this Court is thus sui generis. It is a special and specific jurisdiction of the Supreme Court different from those enumerated in Sections 1 and 5 of Article VIII. Purpose of Section 18, Article VII is to curtail the extent of the powers of the President

According to the Supreme Court, Section 18, Article VII is meant to provide an additional safeguard against possible abuse by the President in the exercise of his power to declare martial law or suspend the privilege of the writ of habeas corpus. This is clear from the records of the Constitutional Commission. In addition, any citizen has a demandable right to challenge the sufficiency of the factual basis of said proclamation or suspension. The aforementioned provision further designated this Court as the reviewing tribunal to examine, in an appropriate proceeding, the sufficiency of the factual basis. and to render its decision thereon within a limited period of 30 days from date of filing.

The most important objective, however, of Section 18, Article VII is the curtailment of the extent of the powers of the Commander-in-Chief. This is the “primary reason why the provision was not placed in Article VIII or the Judicial Department,” but remained under Article VII or the Executive Department.

The Constitution clearly places the President’s extraordinary powers of suspending the privilege of the writ of habeas corpus and imposing martial law under the powers of review of the Court and Congress.

In differentiating the powers of review of the Court and the Congress, the Court made the following distinctions:

Thus, the power to review by the Court and the power to revoke by Congress are not only totally different but likewise independent from each other although concededly, they have the same trajectory, which is the nullification of the presidential proclamation.

In Lagman vs Medialdea, the Court also abandons the doctrine in Fortun vs President Macapagal-Arroyo that made congressional review superior to judicial review.

Specifically, Fortun vs Arroyo states that:

Consequently, although the Constitution reserves to the Supreme Court the power to review the sufficiency of the factual basis of the proclamation or suspension in a proper suit, it is implicit that the Court must allow Congress to exercise its own review powers, which is automatic rather than initiated. Only when Congress defaults in its express duty to defend the Constitution through such review should the Supreme Court step in as its final rampart. The constitutional validity of the President’s proclamation of martial law or suspension of the writ of habeas corpus is first a political question in the hands of Congress before it becomes a justiciable one in the hands of the Court.

If the Congress procrastinates or altogether fails to fulfill its duty respecting the proclamation or suspension within the short time expected of it, then the Court can step in, hear the petitions challenging the President’s action, and ascertain if it has a factual basis. x x x

By the above pronouncement, the Court willingly but unwittingly clipped its own power and surrendered the same to Congress as well as abdicated from its bounden duty to review. Worse, the Court considered itself just on standby, waiting, and willing to act as a substitute in case Congress “defaults.”

Hence, the Court in the current petition found it imperative to “re-examine, reconsider, and set aside” this pronouncement. Lagman vs Medialdea now holds that “the Court can simultaneously exercise its power of review with, and independently from, the power to revoke by Congress. Corollary, any perceived inaction or default on the part of Congress does not deprive or deny the Court of its power to review.”

The President as the Commander-in-Chief wields the extraordinary powers of: a) calling out the armed forces; b) suspending the privilege of the writ of habeas corpus; and c) declaring martial law.

Lagman vs Medialdea holds that the calling out power is the most benign and involves ordinary police action. The President may resort to this extraordinary power whenever it becomes necessary to prevent or suppress lawless violence, invasion, or rebellion. Moreover, “[t]he power to call is fully discretionary to the President.” The only limitation to the exercise of this power is that he acts within permissible constitutional boundaries or in a manner not constituting grave abuse of discretion. In fact, “the actual use to which the President puts the armed forces is xx x not subject to judicial review.”

Thus, the declaration of martial law serves as a warning to citizens that the Executive Department has called upon the military to assist in the maintenance of law and order, and while the emergency remains, the citizens must not act in a manner that will render it more difficult to restore order and enforce the law.

To further differentiate martial law as opposed to the other emergency powers of the president, the Supreme Court in Lagman vs Medieldea defines martial law as the exercise of police power by the President, “with the military’s assistance, to ensure public safety and in place of government agencies which for the time being are unable to cope with the condition in a locality, which remains under the control of the State.”

However, the graduation refers only to hierarchy based on scope and effect. It does not in any manner “refer to a sequence, arrangement, or order which the Commander-in-Chief must follow.” This so-called “graduation of powers” does not dictate or restrict the manner by which the President decides which power to choose.

In relation to its power of judicial review, the Court moreover holds that its review does not extend to calibrating the President’s decision pertaining to which extraordinary power to avail given a set of facts or conditions. “To do so would be tantamount to an incursion into the exclusive domain of the Executive and an infringement on the prerogative that solely, at least initially, lies with the President.” – Rappler.com

Tony La Viña is former dean of the Ateneo School of Government. Regina Ongsiako is an incoming 3rd year law student at the Ateneo Law School and presently a legal intern​ working​ ​with Professor La Viña.