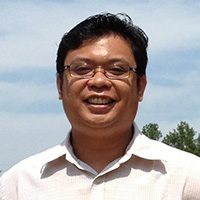 In his 2017 State of the Nation Address (SONA), President Duterte claimed that Philippine society is basically retributive. He declares that it is based on the Old Testament tenet, “An eye for an eye, A tooth for a tooth”.

He added that Philippine criminal laws, based on the Revised Penal Code of 1932, adhere to the classical theory of deterrence, where punishments must be made severe, to deter brain-deranged offenders from committing further crimes. He lamented the notion of positivist criminology, with its emphasis on the root causes of criminal behavior, and described it as ineffective and irrelevant. He alleged that the international community, especially the United States, employs this soft approach to crime, leading sex offenders to rape young girls shortly upon release from prisons.

This part of his extemporaneous speech provides important insights in understanding his views of Filipino criminality. It provides a theoretical lens to piece together the different policy prescriptions that his administration developed to address crime. It also provides a basis to evaluate the basis of his theoretical assumptions and empirical assertions.

The bedrock of President Duterte’s philosophy of punishment is based on retribution and deterrence.

Both philosophies see the act and not the actors and their environments. Both assume that actors have free will, and they willingly violated the law despite knowing the punishments.

President Duterte combines these two philosophies as bases for his wars on drugs, criminality, corruption, and terrorism. He threatens to kill drug users and dealers, to peel the skin off criminals, to throw the corrupt off helicopters, and to eat the brains of the terrorists – to deter them from criminal acts. The severity of his threatened punishments translates into the swift punishment of drug addicts who are physically eliminated by a brigade of volunteers who share his philosophies, and which are justified as just desserts – you destroy my children, I will destroy you!

The take-no-prisoners mantra, as manifested by the destruction of Marawi City (though he sincerely regrets the military bombings) manifests, in his mind, the power of the state to inflict as severe pain as possible to deter terrorists from engaging the government in the future (buang kayo, mas buang ako). His repeated pronouncements that he is willing to go to prison, and even to be assassinated, are his efforts to assure his supporters and to convince his critics – that he will go all out, that he has nothing to lose, in exacting vengeance against those who destroy the Filipino society.

His ramblings are incoherent but his acts are very consistent.

The philosophies of retribution and deterrence have consistently been manifested on the first day of his administration and up until his second SONA. By all indications, it will continue for the rest of his term. 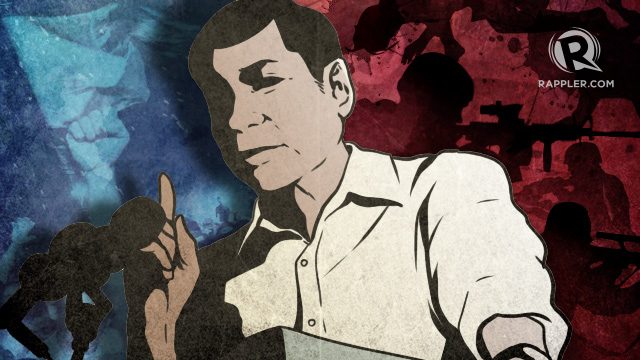 The consistency and resoluteness of his acts will earn him more admiration. Filipinos understand and share these philosophies of punishment. They concur with the idea that pain is the only thing that a Filipino criminal will understand, that civility and decency are currently immaterial.

They also concur to the view that the Philippine criminal justice system is slow, inefficient and corrupt. To trust this liberal elitist system, with its trappings of niceties, will only perpetuate an iniquitous system.

For most Filipinos, they are ready to go for the jugular – to swiftly destroy the system, to hastily kill the corrupt, and to start from scratch. President Duterte captures that imagination, his rambling rhetoric aside, and consistently reinforced these notions by his many symbolic acts – cursing the Commission on Human Rights every time an addict rapes and kills children, lambasting due process advocates every time a criminal escapes from prison, lampooning critics who question his methodologies as dilawan. For ordinary Filipinos fully convinced of his philosophies, these are swift responses from a strong, dedicated and morally upright President.

But can the President really eradicate crime, drug use and trade, corruption, and terrorism using these approaches?

Theoretically, it is possible. By going all out in its many wars, the President, with his minion of volunteers, could possibly eradicate drug use and trade. Grudgingly, drug use in the villages is down. However, it will be quite difficult to measure the impact on street crime (example, robbery snatching) corruption and terrorism.

But even if there are temporal gains, the issue really is: will this be sustainable in the long run? Only time will tell.

But if one wants to venture on an educated guess, one must look at positivist criminology, which the President characterizes as “soft” and “misguided.” Positivist criminology suggests that
criminal acts, drug use, corruption and terrorism, have biological, psychological, and social causes, and to address these issues effectively, one must first address the root causes of the problems. For example, low IQ, maladjusted personalities, dysfunctional families, poverty, lack of education, lack of employment, and disorganized communities are more likely to result to drug use, criminal behavior, corruption, and terrorism involvement.

This entails pouring of resources in the front-end of the social system – building schools, hospitals, and communities and creating jobs, rather than chasing them at the tail-end – killing them, or putting them to jail and prisons. This also requires respect to the tenets of human rights and due process, so that the criminal justice system will function judiciously and equitably.

Despite his ramblings, the President has articulated his understanding of the Filipino criminality.

Critics must not center their criticism on his incoherent ramblings; the Filipino masses understand and fully support the substance of his views. It is based on the solid philosophies of retribution and deterrence, philosophies of punishment that continue to capture the imagination of millions of people worldwide due to their moral and utilitarian appeals.

Critics should offer alternatives, which could be drawn from the wealth of positivist criminology – which evidence suggests has long-lasting and more enduring impact on crime, drug use, corruption and terrorism.

An educated and humble articulation of the alternatives hopefully can persuade an angry nation who had been fed up with the pretensions and niceties of an elitist society. – Rappler.com

Raymund Narag is a Filipino criminologist dedicated to the understanding of Filipino criminal behavior and to development of  appropriate responses to criminal acts. He currently teaches criminology in Southern Illinois University Carbondale.