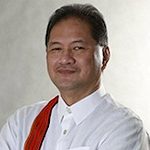 Facebook Twitter Copy URL
Copied
There are many more Cagayan de Oro Jesuits I should recognize and tell more stories about. There are also those who are still living and of course the Jesuits I have worked for, and with, in other places.

July 31 was the feast day of Saint Ignatius of Loyola, the founder of the Society of Jesus. In celebration, I remembered the Jesuits of Xavier University-Ateneo de Cagayan (XU), those who helped build our city of Cagayan de Oro and especially those who formed me in my earliest and younger years and enlisted me in the one true Standard.

Most of them are buried in the Jesuit Memorial Park in Manresa, Cagayan de Oro, but a few were lay down in tombs in the Jesuit cemetery in Sacred Heart Novitiate in Novaliches. One of them is in the Cebu Jesuit cemetery and a few left the society at some point. I make it a point once in a while to visit both the Manresa and Novaliches seminaries because, for some reason, I am filled with consolation and hope when I commune with the Jesuits of my past. For the early years, I have to start with Fr Theodore Daigler, grade school headmaster for all the 7 years I was in elementary school. With a stern face, a loud voice, a posture every boy and man would want to aspire for, Fr Daigler was to generations of us in XU the second father. He scolded us frequently yes, but he loved us as if we were his children.

He called me by name Antonio when I first met him in 1965, when he was in his mid 60s, and continued to do so in the 1990s whenever I bumped into him in the Ateneo de Manila when he was already in his 90s (he died at 98 years old) teaching the appreciation of art until the Lord invited him to heaven.

I thought then that Fr Daigler, who was a close friend of my maternal grandfather (a mason and a Protestant) during the war when they both evacuated in Zamboanga del Norte, the man of grand entrances (his annual plays in Xavier were majestic), always with his immaculate white soutane and upright posture, would live forever. I thought we would forever see him walking the Loyola campus sanctifying our campus with his presence.

When I visit his tomb in Novaliches, I never fail to thank Fr Daigler for my first confession, my first communion, my first spelling bee and religion contest medals, my first experience of classical music, and my first theater appearance as fiddler in Jack and the Beanstalk. I thank him always for introducing me first to the two standards, warning to avoid Satan’s and to embrace The Lord’s.

Fr Tony Cuna also called me Antonio but always appended “demonyo” to that, saying we tocayos knew each other and should stick with each other. He came in and out of Cagayan de Oro and eventually settled there and was never transferred again. I knew Pads (others call him Derps but that’s more of a Tagalog/Manila word) as our glee club conductor in grade school and high school, where I was happily accepted first as a Tiple and then as a First Tenor.

My being an Antonio must have had something to do with that as to this day I cannot carry a tune. Or maybe, he and Tita Mely Malferari, who was one of his pianists (the other was the late Lino Abrio; Tita Mely and Lino could play anything you asked them to), were impressed when I sang Pilate’s Dream from Jesus Christ Superstar with passion during my high school glee club audition.

Later, Fr Cuna became my religion teacher in senior year high school where one day he taught all of us the full meaning of the Eucharist by explaining to us in real time, while celebrating mass, every part and implement, and of course how the host and the wine were made and what it meant to receive the body and blood of Christ. After that lesson in the chapel of XU’s Loyola House, I had always desired to go to Mass daily. It is a desire that has never left me.

For generations of Cagayan de Oro youth of course, Fr Cuna would be remembered for BIL and BTL (Days with the Lord) retreats and for being the university guidance counselor. He would be remembered for his Christmas Eve masses in the old wooden gym of XU where as a young philosophy teacher in the 1980s, Pads and I became close again. I would visit him regularly in his office for conversations and ask him to celebrate Mass with the student group Xristka I was moderating at that time. All the way to the end, Fr Cuna was on a mission, and there was no doubt which standard he was following.

In high school, there were several Jesuits who became influential in my life as well. In particular, Pepe Fuentes and Alex Benedicto, both deceased now (both also left the Society), inspired me to be engaged with the world, in the context particularly of Marcos’ Martial Law, to commit to change it for the better and to overcome my fears of becoming a man for others. They nurtured whatever leadership potential I had, which got unleashed in full only much later.

I also remember Fr Blitz Cavan, my first year high school moderator. He was so young and brimmed with confidence when he taught us. He died young and is apparently buried in Cebu. I must make a pilgrimage to his tomb one day.

I also knew Fr Agathonico Montero since I was a child because he was a friend of my parents. But I will always be grateful to him for hiring me for my first job as a philosophy teacher in XU. Fr Montero and our philosophy chair Amy Chaves, gave me a load of 21 units – 7 classes in total, making me teach subjects as diverse as Logic, Philosophy of Man, Ethics, Existentialism, Marxism, and Philosophy of Religion. Whenever I am in the Manresa cemetery, I go to Fr Montero’s grave and blame him for my addiction to teaching. Nothing beats the joy of teaching philosophy when you are young, poor, and full of passion and hope.

During my teaching years in Cagayan de Oro, I became close to former Jesuit provincial, the late Fr Rene A. Ocampo who was doing his PhD there at that time. Even now, especially now with the state of the country once again being challenging, recalling the weekly dinner and conversation with Fr Rene still yields wise advice for me as I struggle to discern where the Standard of Christ directs us in this time of crisis for our country.

Also during my teaching years in Cagayan de Oro, I became good friends with Fr Bob Suchan who was our librarian in Ateneo de Manila. After years of being the czar of Rizal Library, he struggled to reinvent himself as a theology teacher; it was edifying to witness that. Fr Bob also gave me access to the books he gathered in the US for Mindanao libraries. I bought philosophy books, including original texts, by the kilo from him and up to now, majority of my philosophy books are from Fr Suchan.

On a less personal note, just days after the Ignatian holiday, I also recognized the Jesuits who built Cagayan de Oro into what it is now. 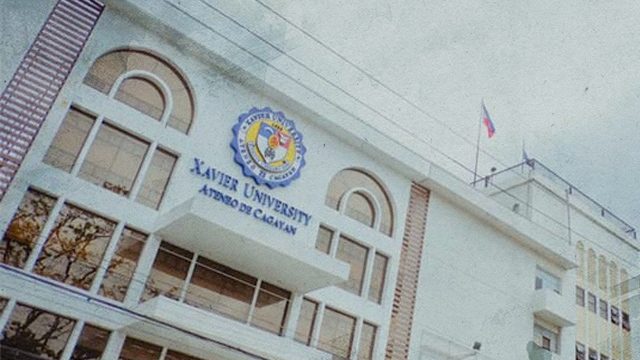 Someone once said that there are 3 bosses in Cagayan de Oro – the mayor (usually an alumnus of XU), the bishop (the first one, William Hayes, was a Jesuit; the current one, Bishop Ledesma, is again a Jesuit), and the XU President (the current one is Fr Bobby Yap, who will object to and find this characterization strange). But true or not, Cagayan de Oro would not be what it is today without the many Jesuits of Xavier University who have served our city.

Fr William Masterson was notorious for buying the Loyola/Katipunan Avenue property of Ateneo de Manila. It is said that his fellow Jesuits thought he was crazy and exiled the good father to Cagayan de Oro. There he started the XU College of Agriculture which has become a giant of a school. He also promptly bought another “white elephant” property, hundreds of hectares in what he called Manresa (honoring Saint Ignatius). That property now hosts thriving communities of Cagayan de Oro and has enabled the university to traverse serious financial situations.

The standard of Christ calls people to use wealth and power wisely.

On the social science side, Cagayan de Oro owes Fr Francis Madigan and Fr Francisco Demetriu a lot for the work they did to help the city and the region – of which we are part – understand the past and the present. Fr Miguel Bernad, whose footprint is national, also contributed to that self-understanding through his writings.

On the natural science side, the quiet contribution of Fr Jim Mckeough stands out. He built the marine science department of XU to be one of the best in the country. Personally, I knew Fr Jim also as a good confessor and spiritual adviser. I turned to him also for the spiritual needs of Xristka members.

Those who studied in XU in the 1960s and 1970s would not forget Fr William Nicholson and his motor bike. He introduced the discipline of economics to the city and at some point in the 1960s headed its planning board.

Believe it or not, Cagayan de Oro was originally well planned as Mayor JR Borja, its third city mayor, was a visionary. He had enlisted, among others, Fr Nicholson and my late father Gabriel La Viña Jr, to that effort to plan the city well. Alas, Mayor Borja died too young and those plans were not fully realized.

Science, literature, all knowledge, and rational planning are gifts that can be of service to those who follow the standard of Christ.

Finally, how can I not mention Fr John Gordon, long time treasurer of Xavier University? We do not remember him for that finance work but for his commitment and love for the street children of Cagayan de Oro. Like Christ, he fed their bodies and souls, and gave them and their families hope.

There are many more Cagayan de Oro Jesuits I should recognize and tell more stories about. There are also those who are still living and of course the Jesuits I have worked for, and with, in other places – mentors, classmates and peers, students, younger ones. There are my spiritual advisers, both living and in heaven.

There are so many stories to tell about the Society of Jesus, of the members of this least society. This includes the more recent story of Brother Ritchie Fernando, who died so his Cambodian students would live. Fr Tony Moreno, outgoing Jesuit Provincial, announced last Sunday that the work for Brother Ritchie’s beatification will now begin.

Today’s times call for saints like this young Jesuit, when we are all called to defend the least of our brothers such as the Lumad and poor young men in the slums threatened with bombs and bullets.   Whether he becomes a saint or not, definitely this young Filipino, like his Cagayan de Oro brothers, was fully and unconditionally faithful to the standard of Christ. – Rappler.com

Tony La Viña is former dean of the Ateneo School of Government.