Accountability and human rights: The role of the CHR 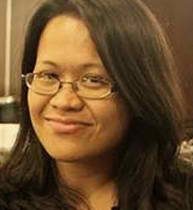 Facebook Twitter Copy URL
Copied
Is it the CHR which enjoys enormous powers in the government? Who exactly have been enjoying monopoly of economic and political power in the country who could have done more?

I saw an appeal to push for the Commission on Human Rights (CHR) to investigate the violation of human rights by terrorists in light of the Marawi crisis. There was also a push for CHR Chairman Chito Gascon to resign because “the CHR is focusing more on the rights of the criminals, instead of the victims.”

Human rights are enshrined in the Constitution. The entire government and its instrumentalities have the mandate to uphold, advance, and protect the human rights of all the citizens. The structure of the government is precisely organized according to which department or unit is responsible for which rights of the citizens.

The role of the CHR, as a constitutional body, is to make sure that the government does its job in upholding, advancing, and protecting the rights of its citizens. It is also its mandate to ensure that the government does not, in anyway, violate human rights, especially civil and political rights. Civil and political rights have been the focus of the CHR because of its raison d’etre as an institution. This set of rights specifically refers to the exercise of rights of citizens vis-a-vis the state or the limit of the power of the state vis-a-vis the citizens.

Why focus on state abuse?

Such focus on preventing the state’s abuse of power and its role in human rights is in reaction to the excesses that the state had perpetrated in the past and is premised on two ideas.

The first idea is the principle that public office is public trust. State powers are granted to state instrumentalities by the people only for the purpose of serving the people’s interests and welfare. That’s a big complex discourse, but that is a fundamental guiding thought that puts any state action subject to accountability for which the CHR is one of the accountability bodies or mechanisms.

Two, the state is supposedly powerful. As defined, only the state has the monopoly of the legitimate use of force. Because the state possesses immense power unique to it, its abuse of power poses a grave threat to anyone and everything. This makes it crucial in a democratic system to put checks on the exercise of power by the state to prevent abuse or misuse of power.

Of course, a powerful state is theoretical, especially in light of other very powerful societal forces (such as terrorists, political dynasties, economic monopolies), but the fact is that the state can legitimately use and control force and violence, while having the public means and resources to do what it intends to. That is power that no other entity has.

This nature of the state makes state abuse and violation of rights unacceptable in democracy. It is a violation of the principle of public office as public trust and it poses grave danger that could cause serious damage to individuals and the entire society. The CHR plays an oversight role on the government’s compliance with human rights. Its role is to check whether the different units of the government are doing their job in upholding, advancing, and protecting the rights of citizens.

There have been efforts to expand the rights that the CHR can scrutinize, to include socioeconomic, environmental, and cultural rights. Aside from practical constraints (such as resources, manpower, institutional capacity, to name a few), the main mandate of the CHR, while vital, remains limited: oversight. The CHR may look at the violation of those rights, but it will most certainly end up demanding the immediately responsible branch or instrumentality of the government to take the appropriate action.

For example, the Department of Labor and Employment (DOLE) is the immediate responsible agency for the right to a decent job. If DOLE is not doing its responsibility, it is legally and theoretically possible for, the CHR, with its expanded mandate, to attend to this right. But the CHR’s action will still be limited to pressuring DOLE to respond to cases of violation of the right to a decent job. That’s because DOLE is the agency immediately responsible for that problem and because the CHR is mainly an oversight agency especially on this particular right.

Surely, given the state of democracy and justice in the country today, the challenge for the CHR is to review its core mandates and focus and see how it can best serve the interests of ordinary citizens decades after it was formed. The change in dispensation, after years of democracy, demands rethinking in institutions of democracy, like the CHR.

There is no denying that the recent criticism of the CHR are rooted in a much deeper societal dissatisfaction over how the current political order underperformed in protecting and advancing the interests and welfare of its citizens. There is a deeper reason why this is so; and we can only move forward in surfacing, understanding, and addressing the root causes of this growing dissatisfaction over the political system if we start recognizing the part we each play in it and how the current distribution of both economic and political power benefit and hence perpetuate such a situation.

Looking at it from the power perspective, is it the CHR which enjoys enormous powers in the government? Who exactly have been enjoying monopoly of economic and political power in the country who could have done more?

Who has control over vast power are the ones foremost accountable for the failing state of human rights compliance in the Philippines today and who should be held to account by citizens, especially by those failed by the political order. – Rappler.com

Joy Aceron is convenor-director of G-Watch (www.g-watch.org), an action research organization working on accountability and citizen empowerment in the Philippines. Concurrently, she is a research fellow at the Accountability Research Center (ARC) based at the School of International Service (SIS) of the American University in Washington, DC.